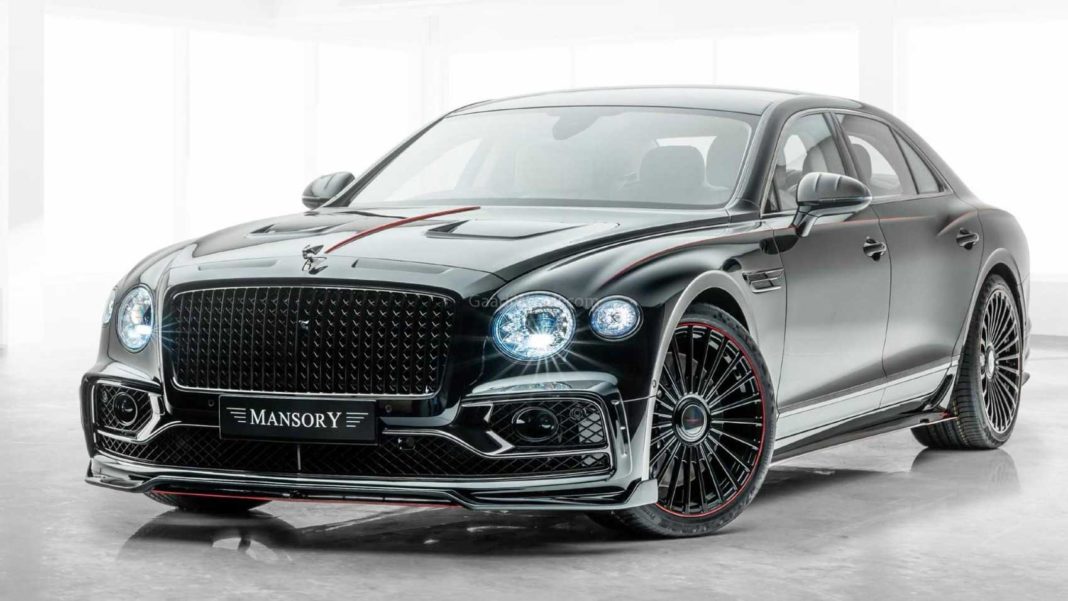 The third-gen Bentley Flying Spur leaves not much to be desired, but the German car modification company ‘Mansory’ has one-upped the British luxury marque with this kit

The 2020 Bentley Flying Spur is the embodiment of pure British opulence, and it’s pretty vague to even think of challenging the master craftsmanship of the luxury automaker; which is one of the reasons you do not see many bizarrely modified Bentleys around. However, Mansory has revealed a custom kit for the luxury saloon, which the company claims has further “modified and refined it to meet the extraordinary customer demands”.

For those who might not be aware, Mansory is a luxury car modification firm based in Germany, that has been working on works on vehicles from a host of manufacturers, including Aston Martin, Audi, BMW, Bentley, Bugatti, Ferrari, Maserati, Lamborghini, Lotus Cars, Rolls-Royce and even Tesla, since it was founded back in 1989.

Talking about the recently launched 2020 Flying Spur, the saloon comes plonked with a 6.0-litre twin-turbo W12 engine, that is hand-built in Crewe, England. The said powertrain belts out a whopping 635 PS of maximum power, and has a peak torque output rated at 900 Nm – which is basically supercar territory. 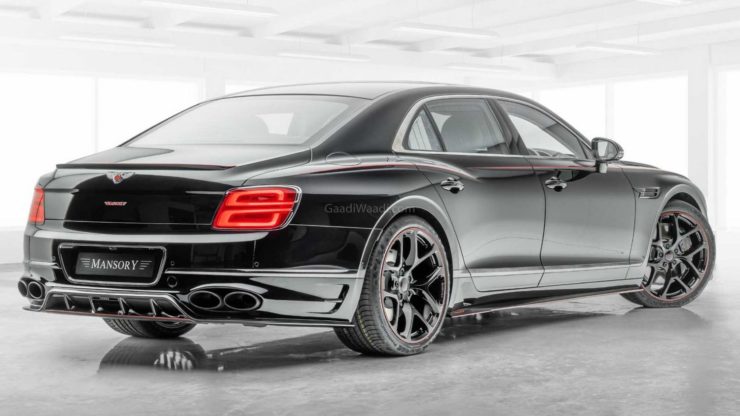 These mind-boggling figures mean that the W12 engine is capable enough to take the 2,437 kg car from 0 to 100 km/h in just 3.8 seconds. However, Mansory has updated the car’s ECU and added a high-performance exhaust system, which helps this Mansory Flying Spur generate an astonishing 710 PS power and 1,000 Nm torque. Also, this further brings down the 0-100 km/h time to 3.6 seconds, before the car tops out at 340 km/h.

Nonetheless, Mansory hasn’t limited itself just to upgrading the motor. The car has been finished in a deep black paintwork, coupled with dark carbon-fibre front lip, side skirts and rear diffuser. A tiny spoiler with contrasting red accents can also be seen, mounted on the tailgate. 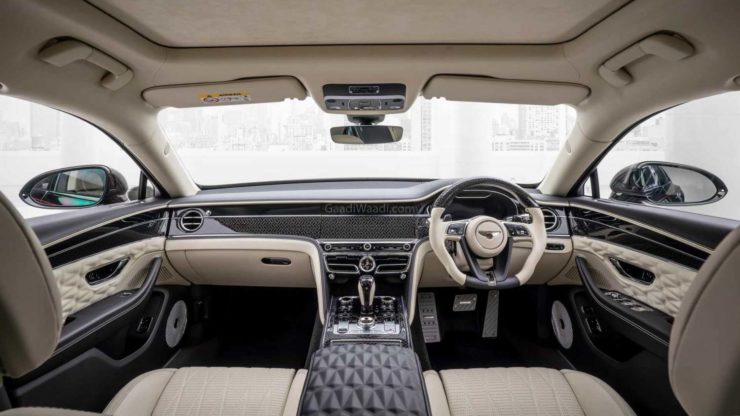 Move inside the luxurious cabin, and an all-new leather-carbon sports steering wheel with shift paddles welcomes you. Additionally, the Mansory Flying Spur comes equipped with aluminium foot pedals, dark carbon-fibre inserts on the dashboard and centre tunnel, as well as new leather upholstery with 3D embossing for the door inserts and centre armrest.

Mansory has shod the Flying Spur with 22-inch wheels as standard, which can be had with either BY5, or F23 light weight fully-forged alloy wheels, wrapped in ultra high performance rubber with 275/35 units up front, and 315/30 at the rear.