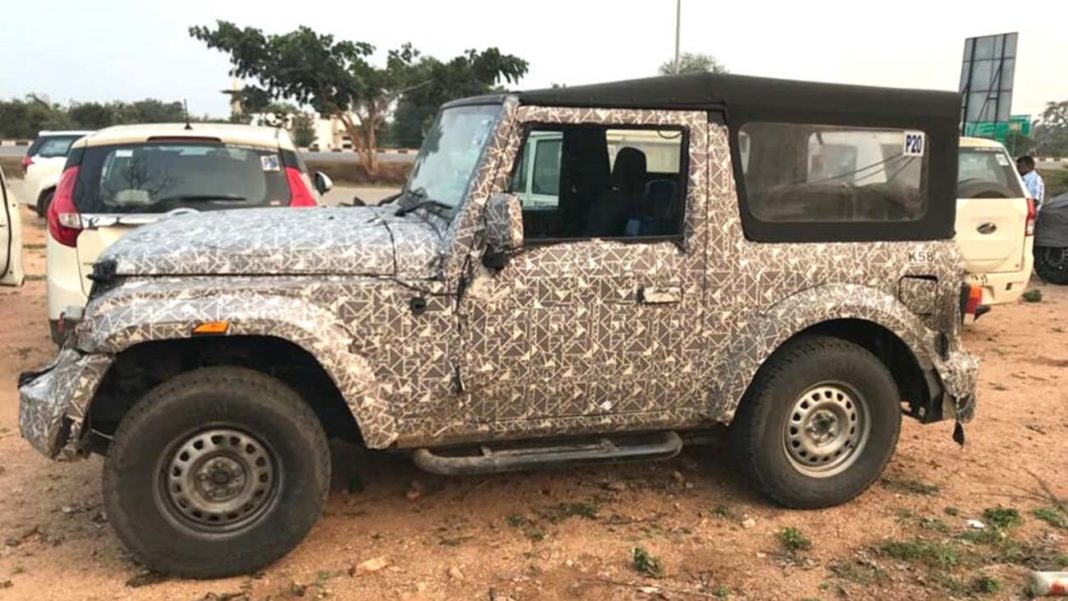 A soft-top variant of the 2020 Mahindra Thar has once again been spotted road-testing ahead of the official debut at the next year’s Auto Expo. The new model will be available in both soft-top and hard-top variants, with the latter even getting front-facing rear seats.

On the other hand, the soft-top version of the 2020 Mahindra Thar will come with a more utilitarian side-facing setup of rear seats similar to that available on the current version. This variant will feature a Tarpaulin roof to keep the costs under check and have a utilitarian appeal.

Compared to the outgoing version, the 2020 Mahindra Thar is both longer and wider. Underpinning the new version is an all-new ladder-frame platform that will lead to improved dynamics crash safety. The same architecture will even underpin the next-gen Scorpio that is expected to debut in parallel with the new-gen Thar. There are good chances that the new model will offer a higher ground clearance and improved approach/departure angles.

The 2020 Mahindra Thar will feature a similar retro design theme to the current model, but, on the same time, it would look more modern than the current version, albeit, without compromising on the classic ‘Jeep’ appeal.

The interior of the 2020 Mahindra Thar will look more car-like due to a more sophisticated dashboard that will feature a touchscreen infotainment unit on the top-end trim. It will even get a new instrument console and a steering wheel from TUV300. All the trims will be equipped with dual front airbags, ABS, high-speed warning, front seatbelt reminder and rear parking sensors. 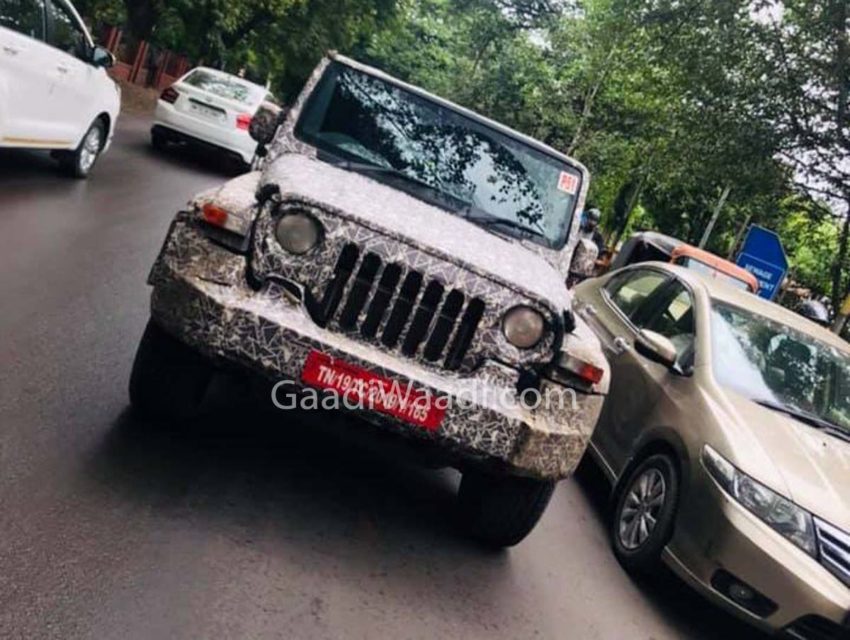 Powering the 2020 Mahindra Thar will be a new 2.0-litre BSVI diesel engine that will also power the new Scorpio and the XUV500, albeit, in different power tunes. The base variants, however, could be sold with a BSVI-compliant version of the 2.5-litre oil-burner of the current model.