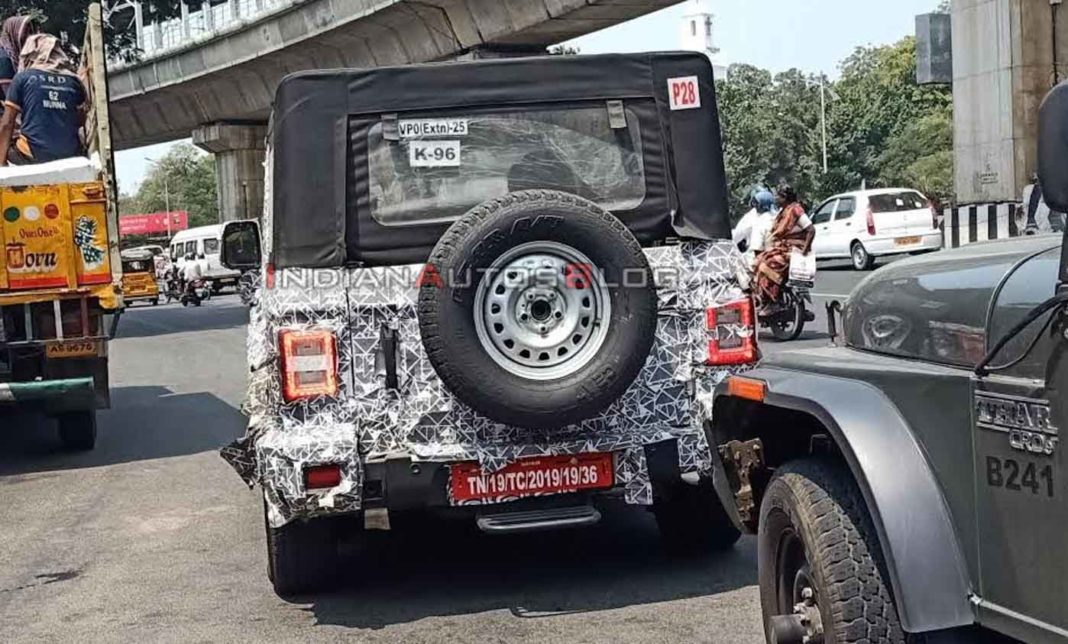 A test mule of the upcoming next-gen Mahindra Thar has been spied again, with its launch possibly nearing. The said prototype was seen wearing camouflage to cover most of its body parts, however, the new LED taillights were left uncovered. As reported by us earlier, the 2020 Mahindra Thar will be offered with both hardtop and soft top configurations.

The numerous test mules over the previous months have confirmed that the next-gen Thar will retain its overall boxy design, however modern bits and pieces will be added to the SUV to make it feel more premium than before. These include LED DRLs up front, LED tail lamps, new premium seats with more cushioning, front-facing rear seats, a touchscreen infotainment system on the higher-end trims, colour MID and even an auto climate control.

The hard top setup could be retained for the top-end trim, which would make it a safer on-road vehicle as well. The soft top setup will be better for off-roading and will be offered on the lower trims. A previous test mule of the car also sported alloy wheels covered in MRF Wanderer rubber. In terms of dimensions, we expect the 2020 Thar to grow a bit in size as compared to the current-gen model. 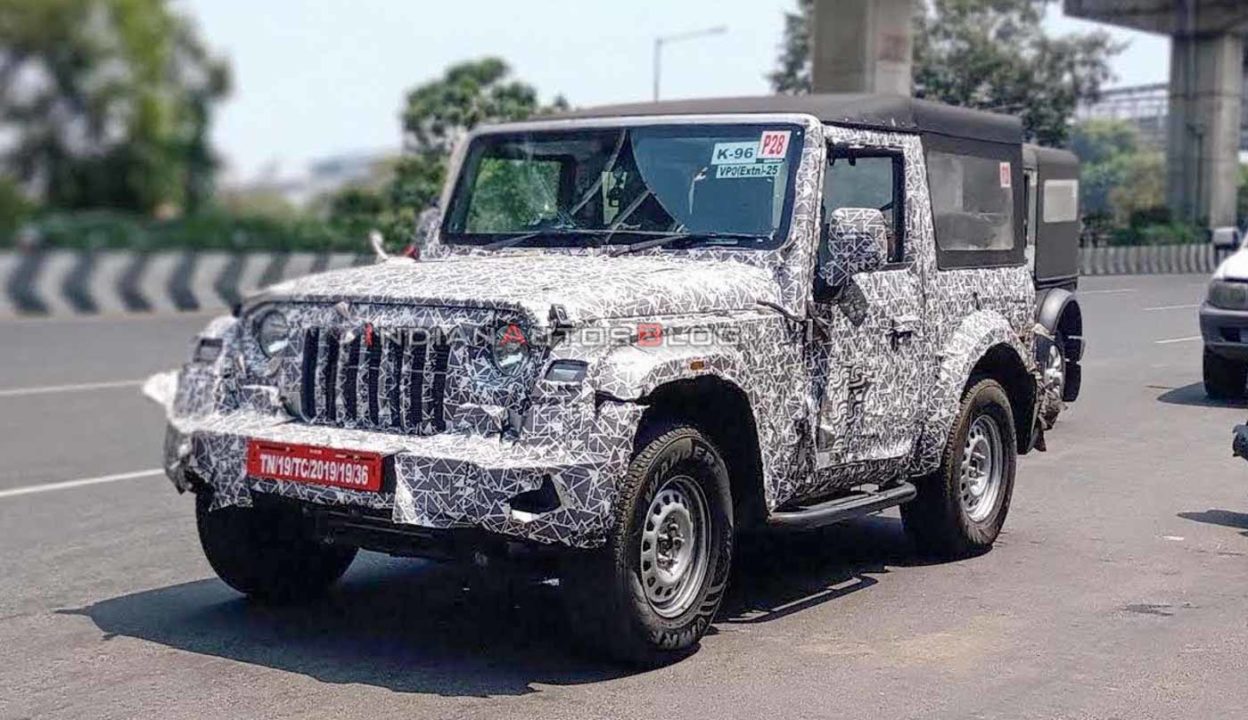 The said 2.0-litre turbo petrol mStallion mill will likely also make its way to the next-gen Scorpio, as well as the XUV500. It was showcased at the 2020 Auto Expo, alongside the smaller 1.2-litre and 1.5-litre TGDi powertrains, which will be introduced with the XUV300 and the Marazzo respectively.