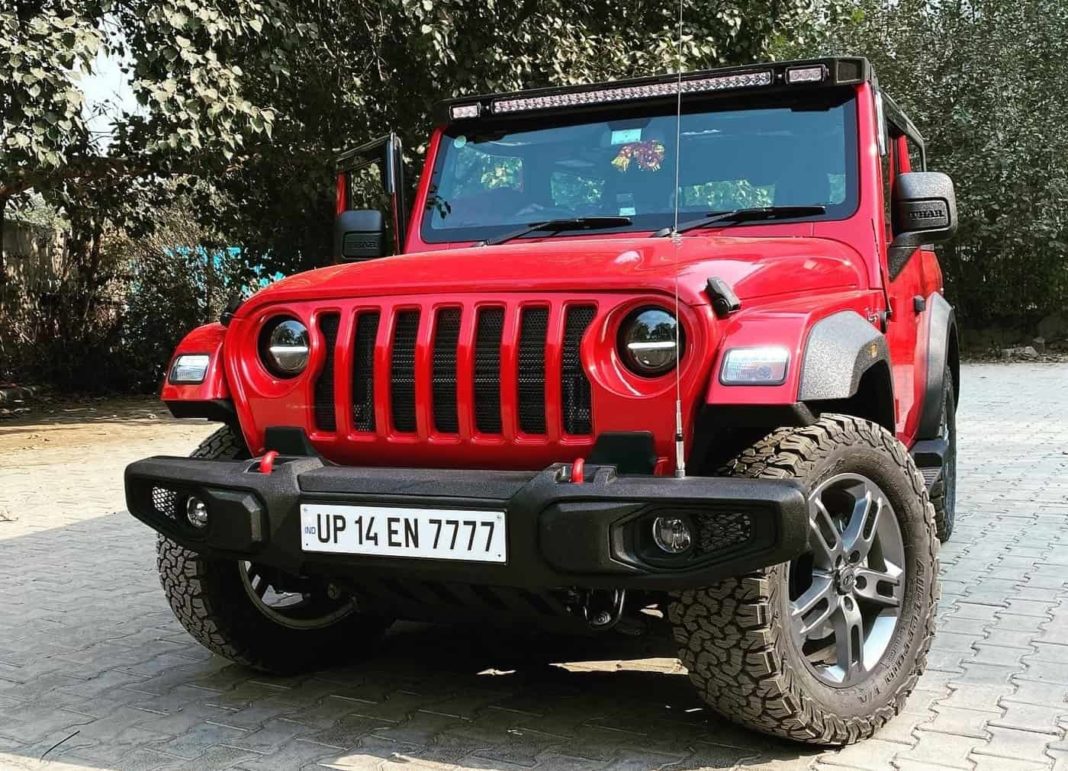 Bimbra 4×4 has created a few custom parts for the 2020 Mahindra Thar, which make it look even more like a Jeep Wrangler

The second-gen Mahindra Thar has been quite a success in the Indian market, with waiting period extending up to nine months in select cities! While Mahindra is busy ramping up production for the SUV, people are busy modifying their brand new Thars and showing them off! We’ve come across numerous mod jobs recently, mostly with off-road accessories and visual upgrades.

Here, we have another one, which has been slightly restyled, and now looks like a 3-door Jeep Wrangler. The 2020 Thar was already criticised for its similarity in design to the Wrangler, and this model, modified by Bimbra 4×4, leans even more into that. The biggest change to notice here is the new front grille, which gets Jeep’s signature vertical 7-slat design instead of the unpleasant stock one.

The SUV also gets a new front bumper, which is sleeker and looks more aggressive. It gets integrated foglamps and two tow hooks. This bumper is made from steel, good for off-roading but not for on-road safety. An FRP (Fibre Reinforced Plastic) bumper will be available soon, which will be compatible with the airbag sensors, thus maintain the safety aspect of the Thar. 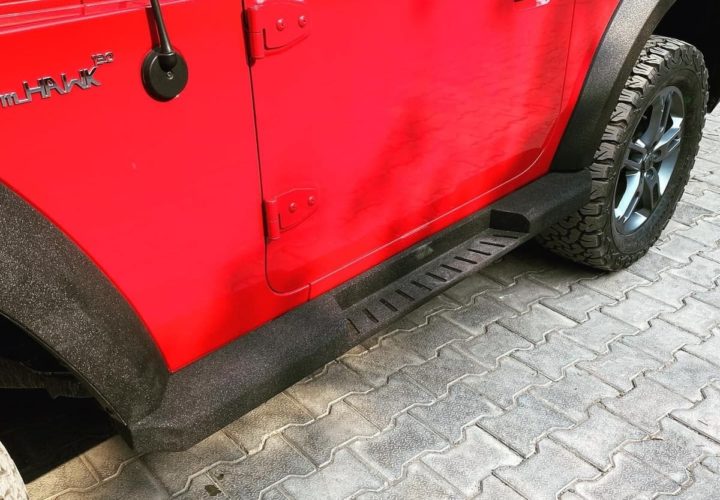 The vehicle also gets functional skid plates underneath the bumpers. LED lightbars have been bolted on at the top of the windscreen (39.5-inch bar in the middle, 5.5-inch ones at the side), and stock headlamps have been replaced by LED units. New bolt-on metal side steps are also added to the vehicle, coated with Line-X to prevent oxidizing, and rear tow hooks have also been added.

The car gets a CB radio inside, for communication with your mates during an excursion. The cabin also gets armrests at the front and rear, which enhances comfort. Most of these mods do not require any alteration to the vehicle for installation, and thus the warranty isn’t affected. That said, the lightbars may require wire-cutting, which could affect the electrical warranty. 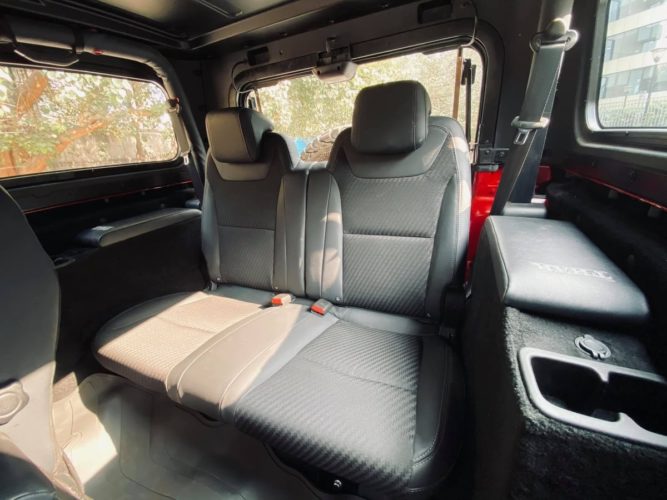 This modified Mahindra Thar is a prototype; the parts showcased here are pre-production units. Production will start soon though, and these mods will go on sale a little while later. Bimbra 4×4 also has plenty of other stuff available for the new Thar, which you can check out on their website.