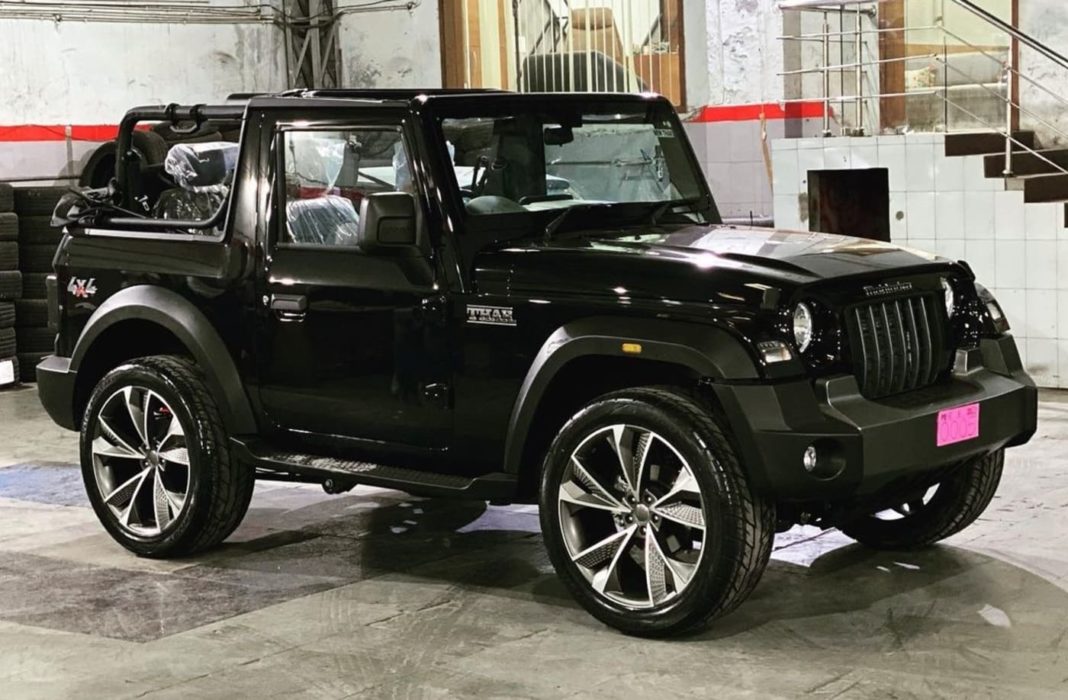 Here, we have a modified 2020 Mahindra Thar, which sports a set of pretty-looking 22-inch diamond-cut alloy wheels

The second-generation Mahindra Thar was launched in India only a month ago, and it has managed to stir a lot of buzz in the market. Currently, the new Thar is only available in select cities across India. Still, a lot of people have shown interest in the vehicle, and the SUV’s demand has even prompted the manufacturer to increase production capacity.

At the moment, there aren’t a lot of examples of the new Thar on the road, but among those that are, a few have already undergone customisations! Considering that the Thar is a lifestyle SUV, personalisation is actually expected from the owners. Previously, we brought you one with aftermarket 20-inch wheels, and now, we have one with even bigger rims!

The modified Mahindra Thar we have here sports a set of 22-inch, machine-cut, Victor wheels. Their design is quite beautiful and rather unique, and they fill the wheel arches quite well. That said, the low profile rubber on it looks out of place. We would’ve preferred if the vehicle had big knobbly tyres, keeping in line with the Thar’s off-road capabilities. 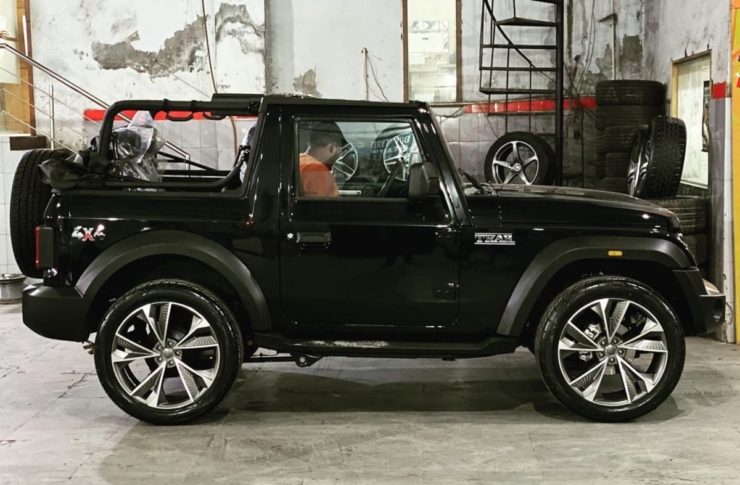 This particular Thar is a convertible model, which gets a foldable soft-top roof. Other roof options include hard-top and fixed soft-top. The convertible version also gets a roll-cage as standard, which is a nice touch. Also, this model gets forward-facing rear seats, and buyers can choose to have inward-facing bench seats as well.

There are two transmission choices available on both the engines – a 6-speed manual gearbox and a 6-speed automatic transmission. The vehicle offers 4WD as standard, along with a transfer case that gets three drive modes – 2H, 4H, and 4L. Currently, the Thar is only available as a 3-door SUV, but a 5-door version is already in the works.