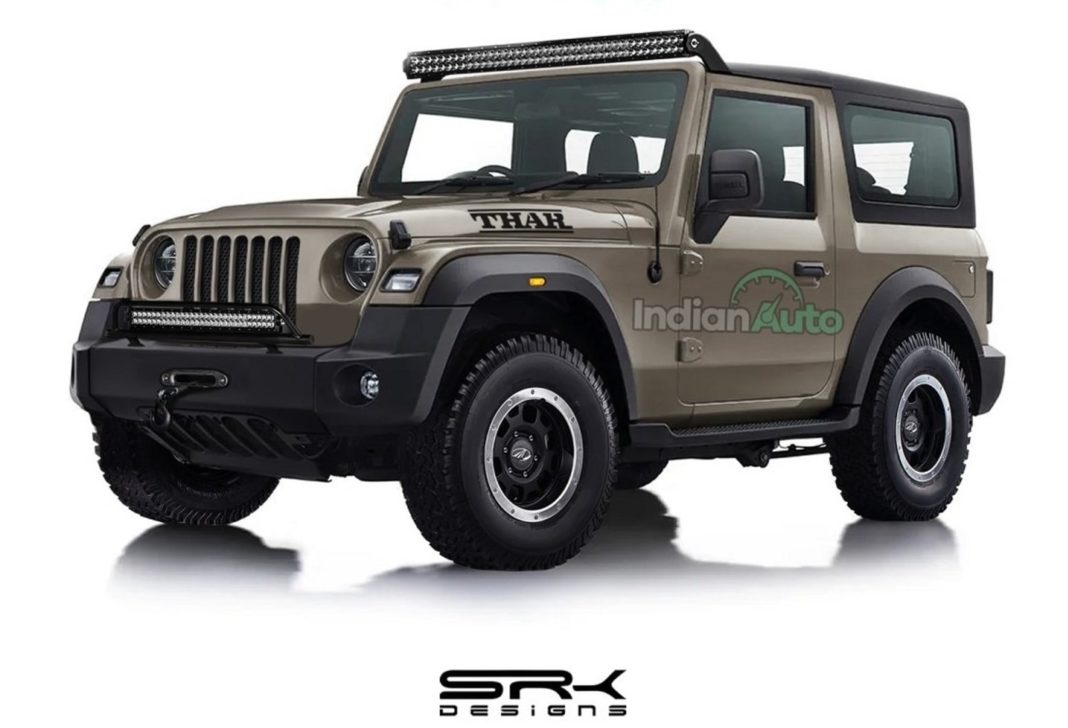 Here, we have a rendering that shows how the Mahindra Thar would look like with a Jeep-style grille and a few off-road mods

The second-generation Mahindra Thar was recently unveiled in India, and it is an extremely handsome looking vehicle! It offers a retro charm in a thoroughly modern package, and has a brilliant road presence as well. It also gets multiple options for the roof – hard-top, soft-top, and convertible.

While the overall design has earned a lot of praises, there is one weak design element that has been severely criticised almost universally – the front grille. Unlike the first-gen Thar, which had the same front grille design as the original Willys Jeep, the newer model gets a completely new, rather plastic-looking grille.

Here, we have a digital rendering which imagines the new-gen Mahindra Thar with a Jeep-like grille, along with a few other off-road modifications. Apart from the grille, we also see a new front bumper, black instead of dual-tone, with an LED light bar and a winch. Another LED lightbar has been added to the roof, to offer good illumination during the darker hours. 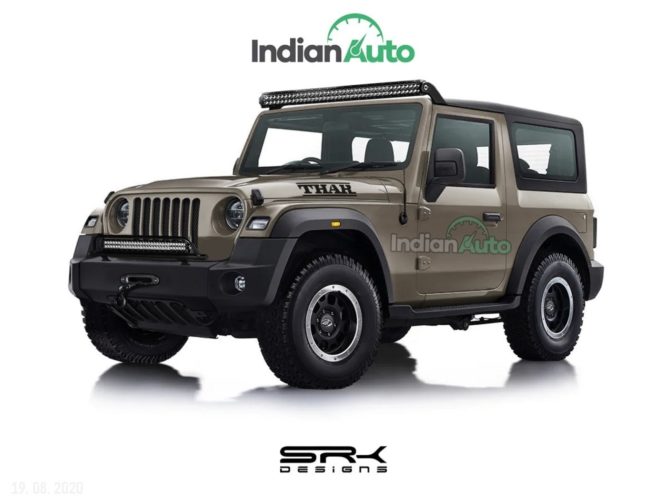 The stock wheels and tyres have been replaced by new, off-road spec units. Interestingly, the new wheels are smaller than the stock ones, which allow the tyres to be bigger. A ‘Thar’ vinyl has been added to the bonnet, which pairs well with the dark brown paint of the vehicle. Apart from that, no other digital changes have been made to the SUV.

The new Mahindra Thar is available with two engine options. The first one is a 2.0-litre turbo-petrol mill, capable of generating 150 PS and 320 Nm of peak power and torque, respectively. The second one is a 2.0-litre turbo-diesel motor, which develops 130 PS and 320 Nm. Both the engines can be had with either a 6-speed manual or a 6-speed torque converter automatic gearbox. 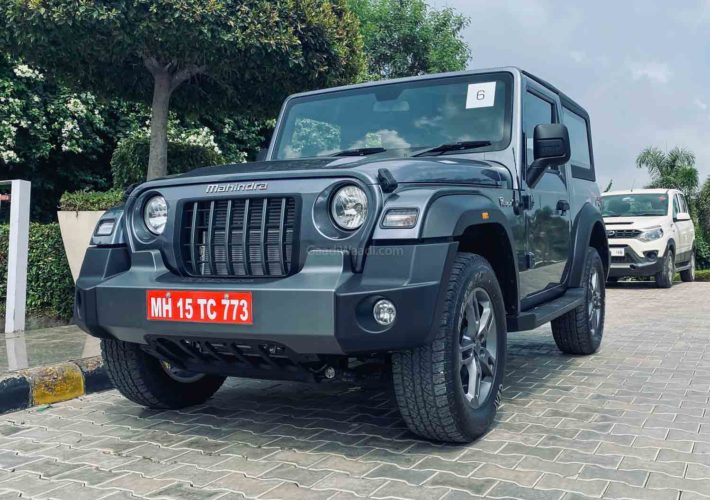 The power is channelled to the four-wheel-drive system via a transfer case, which has three modes – 2 high, 4 high, and 4 low. In ‘2 high’ mode, the front axle is disconnected from the drivetrain, and power is sent only to the rear wheels, improving efficiency. In ‘4 high’, you get the regular 4WD mode, while the ‘4 low’ mode engages low-ratio. The Thar also gets brake differentials, which improves off-road capability even further.