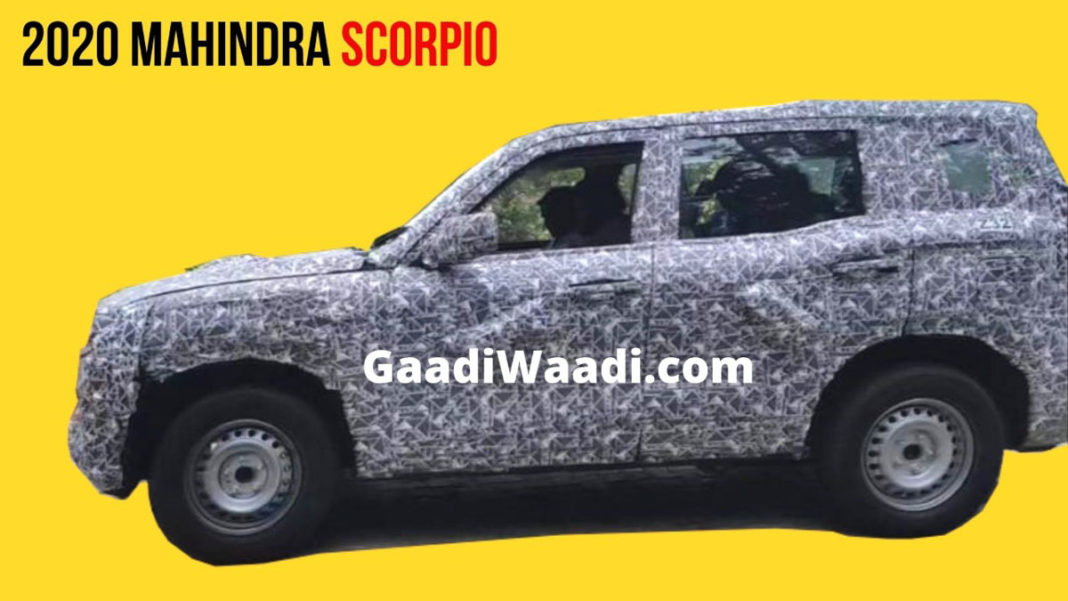 Mahindra & Mahindra has been working on refreshing its lineup in entirety as the Scorpio, Thar and XUV500 are in line to get major updates. The homegrown manufacturer with the widest passenger UV portfolio has been hit by the sales crisis that is plaguing the industry since the beginning of this year.

To make a strong comeback, the second generation Thar and the all-new Scorpio are expected to make their global debut at the 2020 Auto Expo in February. We recently showed you the interior spy pictures of the test prototype revealing some details while the side profile another test mule has been caught on camera.

The 2020 Mahindra Scorpio is expected to have bigger dimensions than the existing model and thus the interior space will increase for the betterment of the occupants. The side profile does not appear to have any big changes as the boxy silhouette is retained. As the test mule is wrapped in camouflage no other details can be clearly seen this time around. 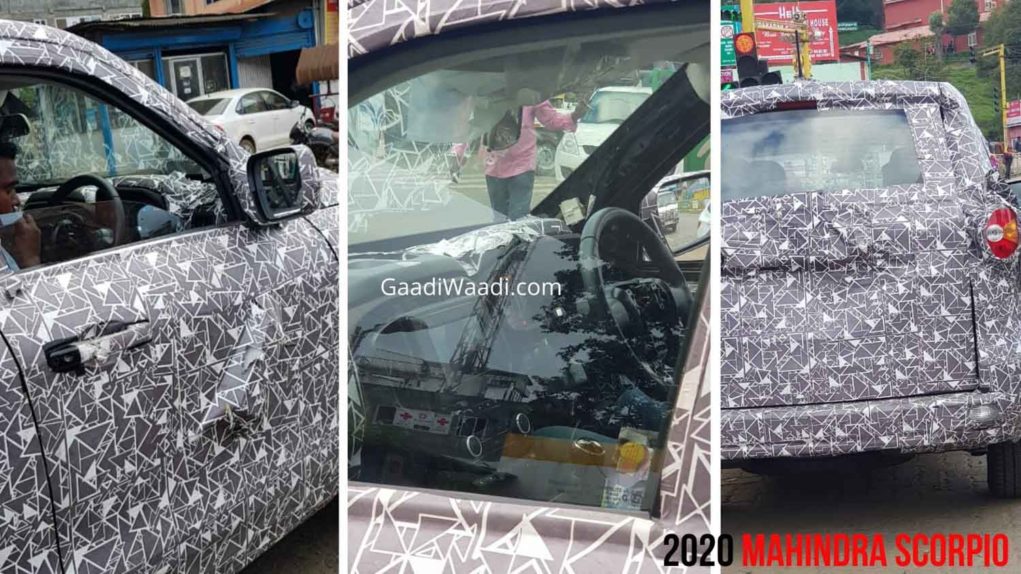 The front end will be subjected to a number of changes including a sportier headlamp section and redesigned grille along with new bumper with more pronounced fog lamp housing. The rear is also expected to get noticeable updates including a set of new LED tail lamps. As we previously indicated, the interior might get a bigger touchscreen infotainment system with Apple CarPlay and Android Auto connectivity.

Besides the new cabin colour theme and improved material quality, we do not expect any radical changes. The forthcoming Scorpio will stick by the latest safety standards when it goes on sale and big changes are likely on the cards in the powertrain department. 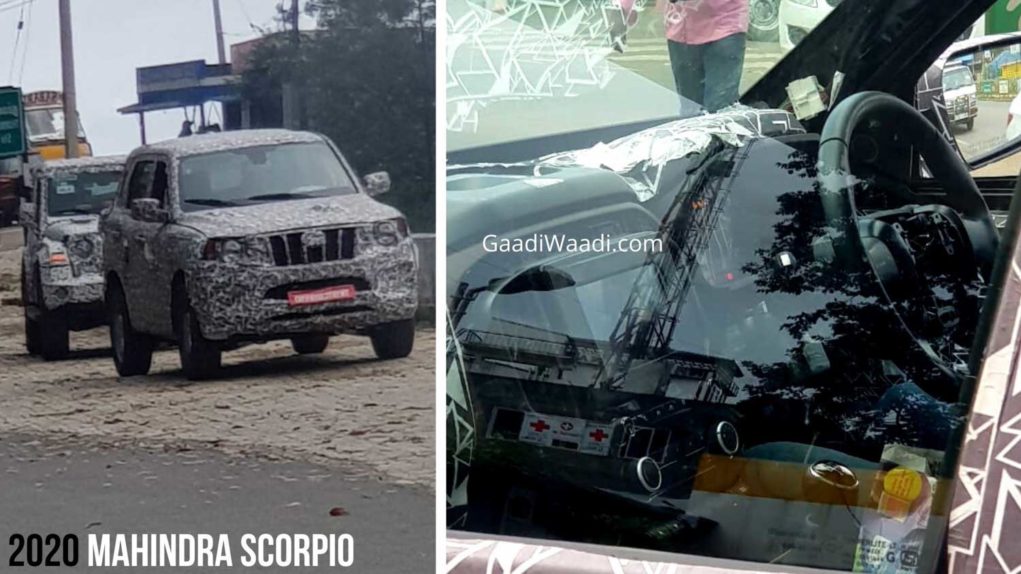 Currently, the Scorpio is powered by a 2.2-litre and 2.5-litre diesel engines. A brand new 2.0-litre four-cylinder diesel with more frugality and performance with BSVI compliance is reportedly waiting to arrive while a new 2.0-litre petrol motor could also be part of the package.