Kia has unveiled the new generation version of its popular Mohave in its home market of South Korea and it will be launched later this year. Based on the Mohave Masterpiece Concept showcased at the 2019 Seoul Motor Show, understandably, the production model has a toned-down appearance on the outside.

The in-the-face attitude of the Mohave Masterpiece Concept has been snubbed in favour of a more conventional look adopting latest design language followed by Kia globally. The front fascia gets a bossy Tiger Nose grille with parted headlamps having four illuminating lights on each side.

The bumper has horizontally stacked twin fog lamp cluster flanking the massive central air intake and lower skid plate. The rear end features dual trapezoidal chrome exhausts tips on both ends while the LED lighting graphics forming the tail lamp cluster is stunning to look at in the pictures. 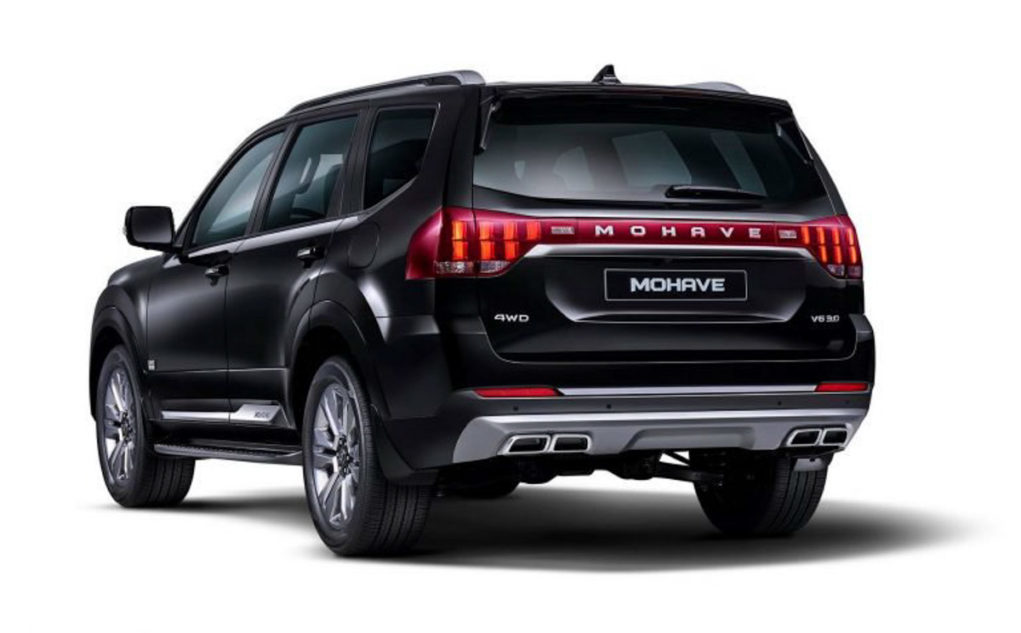 The Mohave does not have Kia badges anywhere on the outside and its styling makes it the most unique model sold by the brand internationally. The pictures of the rear also show the presence of a V6 engine and a four-wheel-drive system courtesy of their badges.

The sister brand of Hyundai has not officially announced any technical information regarding the Mohave while the interior pictures have not been out yet as well. The 3.0-litre V6 powertrain should pump out a maximum power output of 260 PS and 560 Nm of peak torque and is connected to an eight-speed automatic transmission.

While Mohave is a premium SUV, it is retailed only in select markets but Kia banks big on the eight-seater Telluride, which has plenty in common with the Hyundai Palisade, to drive sales in developed countries. In India, Kia is debuting with the Seltos mid-size SUV and the arrival of the Carnival MPV could happen sometime next year.