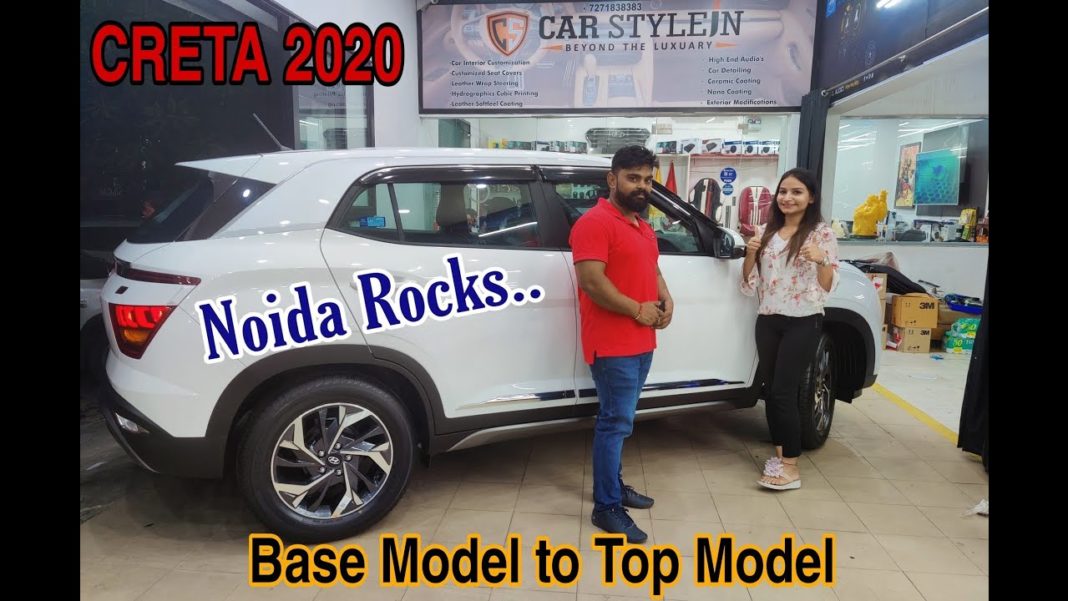 Here, we have a base model Hyundai Creta, which has been a complete makeover, to turn it into the top-trim model

Hyundai Creta has always been an extremely popular SUV in India. In fact, the previous-generation model used to be the best-seller in its segment. For a brief period, the Kia Seltos managed to snatch that title away from it, but now the new-generation Creta has managed to become the segment leader once again. Due to its immense popularity, plenty of stores and garages are already offering aftermarket support for the new Creta.

Here, we have a similar example, wherein a base model 2020 Hyundai Creta was transformed into the top trim. This mod job was performed by Car Stylein, a car customisation workshop based in New Delhi and Noida. There are plenty of changes made to the car, on both the exterior and interior. At the front of the SUV, the matt black grille has been replaced by a chrome grille, and fog lamps have also been added.

At the sides, we see chrome mouldings near the bottom of the doors, and chrome-lined window sills at the top. At the rear, a chrome strip has been added onto the tailgate. The stock wheels have also been replaced by the dual-tone rims of the top model Creta, shod with Yokohama tyres. This particular wheel and tyre combo cost Rs. 50,000. All the parts used are reportedly genuine Hyundai parts/accessories.

The cabin of this Creta actually is more luxurious than any other vehicle available in this segment, or even a segment above. A lot of soft-touch leather has been used on the dashboard and pillars. Low-density stitching is used on the dash, which will allow airbags to burst through them in case of an accident. In the centre console, a 10-inch touchscreen (android based) has been added for the stereo system, which can also be controlled via the steering mounted controls.

The steering wheel is leather-wrapped, as is the instrument housing. The same leather treatment also extends to the seats, the armrests (both front and rear), and even the door panels. The light colour scheme of the cabin has given way to an all-black theme, which looks quite upmarket. No changes have been made to the engine or transmission. 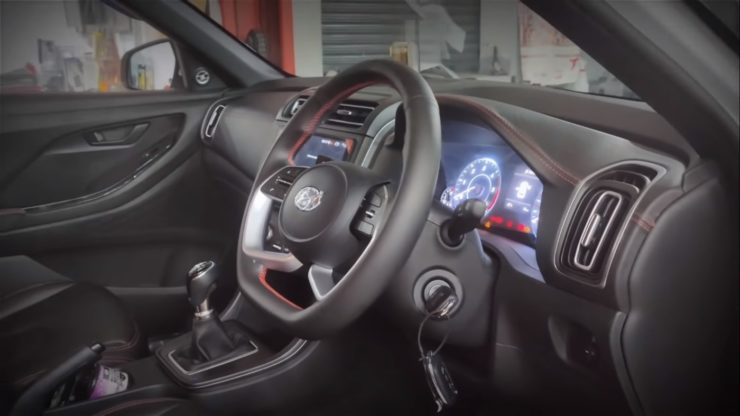 Security has also been enhanced with ‘Trak N Tell’ security system, worth Rs. 8,500. The car now gets overspeeding alerts, geo-fencing, panic button, vehicle finder, vehicle recovery, and car immobiliser. The cost of the entire modification hasn’t been provided though. In this video, we also see two more Hyundai Creta SUVs being worked upon. One of them is the top Turbo variant, while the other one is a base ‘EX’ model.