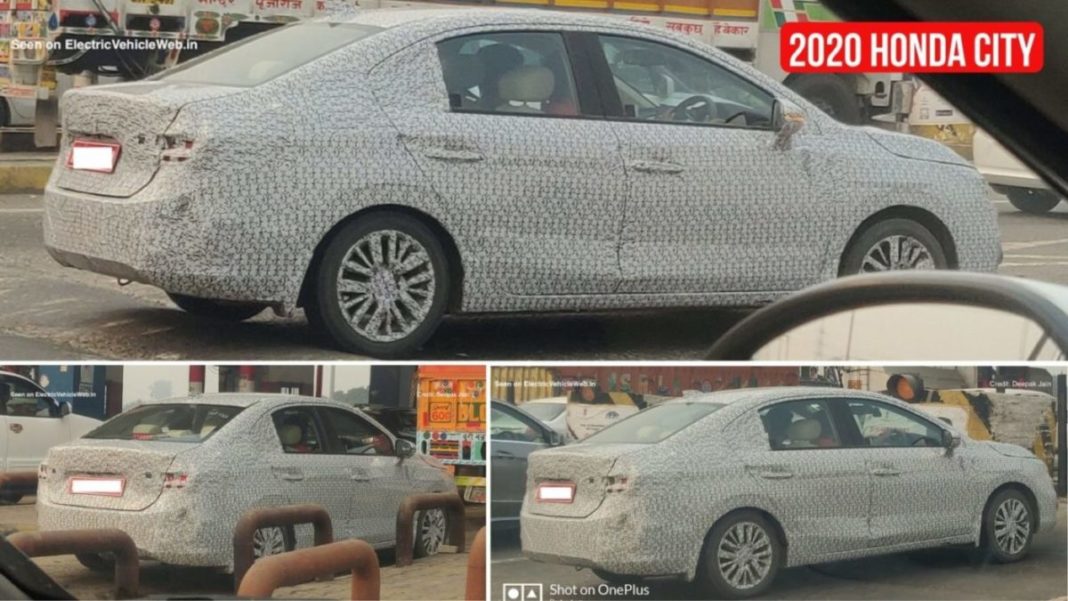 By now it has become fairly well-known that India will receive the next generation of the Honda City in a matter of few months. The 7th-gen model, which will make its world premiere in Thailand on 25th November, has already been spotted testing on Indian roads on a few occasions. In a new development, a heavily camouflaged test unit was seen on the Delhi-Ambala expressway.

In an official teaser, the popular Japanese carmaker giant has said that “The new challenge for the Honda City is its mission to exceed past success and break free from old beliefs and limits, unlocking Honda City’s potential to create a new phenomenon beyond all possibilities you can imagine.”

While full details will be publicized only at the time of the official debut, it has so far been known that the new 2020 Honda City will offer a huge 33 per cent improvement in the fuel efficiency. It would be safe to assume that this substantial boost in the fuel efficiency would be courtesy some sort of electric assistance to the petrol engine. 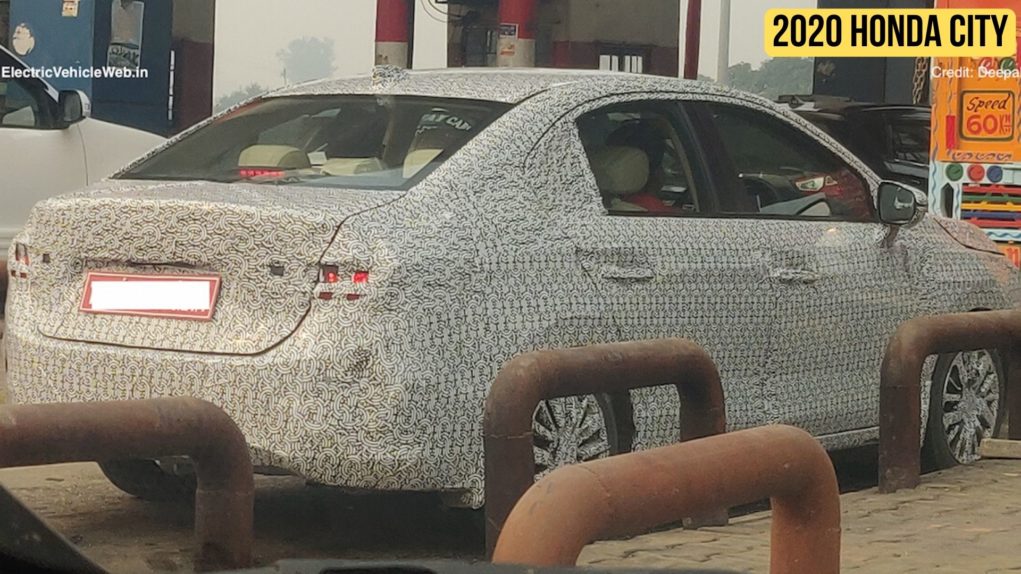 So far, it looks like that the 2020 Honda City will be available with a BSVI-compliant version of the current 1.5-litre iVTEC engine that will be coupled with Honda’s new 2-motor e:HEV mild-hybrid system. This is the same unit that made its debut on the all-new Jazz recently.

Currently, the Maruti Ciaz is the only C2-segment contender that is available with the mild-hybrid technology. Dubbed SHVS, this system helps the Ciaz offer a segment-leading mileage in spite of offering a pretty high performance. Now, however, it looks like the e:HEV system of the 2020 Honda City would make the next-gen City a worthy competitor of the Ciaz in the fuel efficiency stakes. 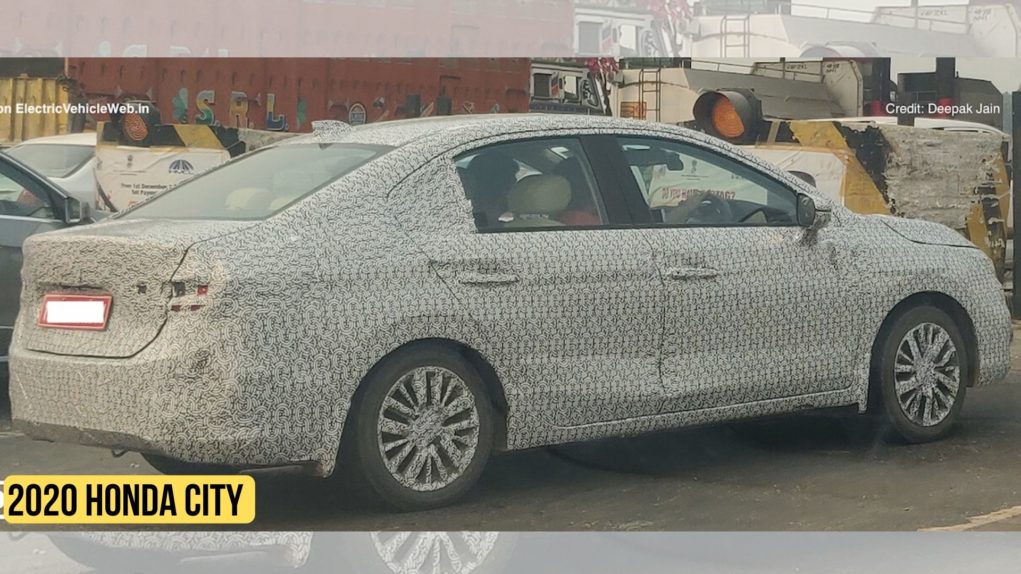 The 2020 Honda City will be dimensionally larger than the current model, which is something that is sure to translate into a roomier cabin. Also, the interior of the new model will be better equipped in order to attract C2-segment sedan buyers away from cars like the Hyundai Verna and the Toyota Yaris.