Speculations surrounding the next generation Honda City’s existence have been there for long. However, it wasn’t until a few days ago, we got to see the test mules in flesh giving us a first realistic glimpse of what can be expected from the popular C-segment sedan.

Based on the spy pictures, IAB has come up with a rendering of the upcoming City. The nameplate has been synonymous with Honda since 1998 and it has undergone four generations so far. The latest one made its global premiere in India in late 2013 and was the first to offer both petrol and diesel engines sparking a serious competition against Maruti Suzuki Ciaz.

It was only the second Honda model to boast ‘Exciting H’ design language. The upcoming City has big shoes to fill and it is subjected to comprehensive changes. The rendering indicates the presence of styling revisions akin to the latest Accord with a rather clean profile in particular. 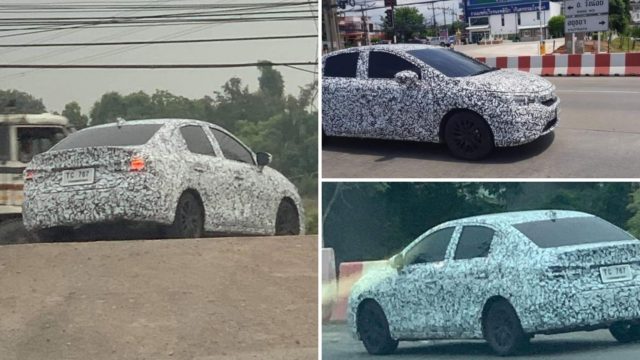 The front end comes with a thorough overhaul as the stretched back headlamps are redesigned besides the presence of a brand new bumper and the Solid Wing face grille making way for a more appealing and matured design with larger grille pattern. A chrome strip runs at the bottom connecting the sleeker headlamps.

The 1.5-litre i-VTEC petrol and 1.5-litre i-DTEC diesel engines are more likely to continue in India with BSVI compliance. Expect the next generation Civic to go on sale sometime next year in the domestic market while a full-hybrid system is reportedly on the cars for debut in 2021.