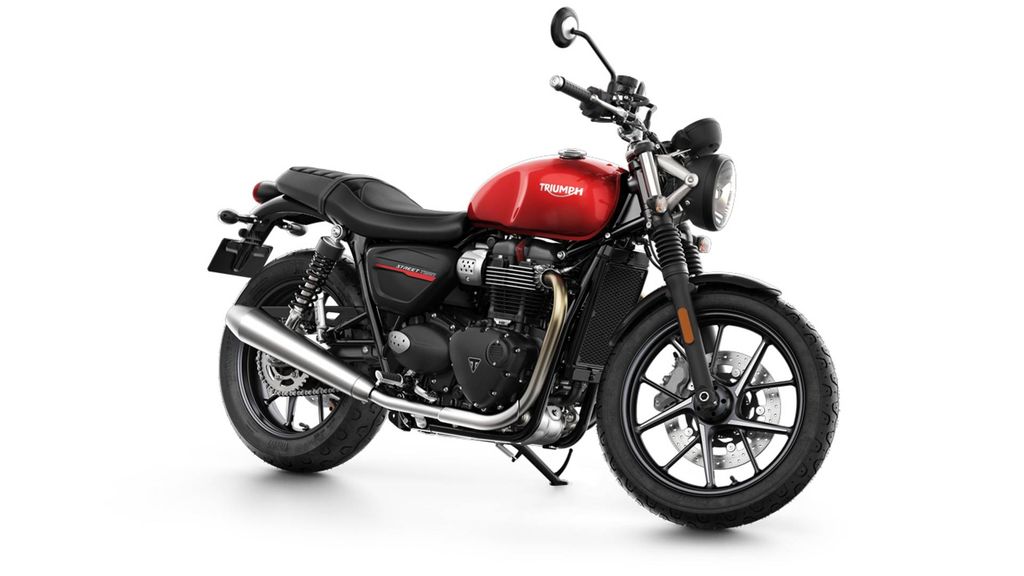 Triumph officially revealed updated Street Twin and Street Scrambler at 2018 INTERMOT. The company has focused on mechanical changes with the updated models rather aesthetics. Both bikes are powered by the same 900 cc parallel twin cylinder engine and the power has been increased by 10 bhp to 64 bhp and 80 Nm of torque remains unchanged from the previous model.

The engineers have made some changes for the engine as it gets a lighter crankshaft, magnesium cam cover, dead-shaft, balance shafts and a lighter clutch also. These changes will certainly make lots of difference in riding and redline now comes at 7,500 rpm instead of 7,000 rpm. This engine is mated to the same 6-speed gearbox.

Triumph has also updated the riding modes and both models now get – Road and Rain modes, which comes with different throttle maps and traction control settings. The Nissin callipers from the earlier model have been replaced by new 4-piston calliper Brembo brakes at the front for Street Twin and Street Scrambler.

The ABS system is standard on both bikes, but it can be turned off in Street Scrambler only and the company has given a tyre pressure monitoring system as part of the option package. The aesthetic changes on both motorcycles include brushed aluminium brackets on the headlights, tweaked side panels, redesigned wheels and updated instrument cluster.

The Street Twin is offered in two versions – Urban Ride and Café Custom and it is also offered with a new matte black paint colour. The suspension system also gets an update as the cartridge type front forks now come with 120 mm of travel.  But the space between forks is slightly higher on the Scrambler model.

The Street Twin comes with black finished alloy wheels while the Scrambler gets spoke wheels. The company has given 19-inch front wheel and 17-inch rear wheel for the Scrambler and it rides on Metzeler Tourance tyres. We can expect Triumph to introduce the updated Street Twin and Scrambler in India by the middle of 2019.