Toyota has lifted the covers off RAV4 at the ongoing Paris Motor Show after making world premiere at NY earlier in the year. The new generation RAV4 is the first SUV to sit on the flexible TNGA platform, as it possesses lower centre of gravity, higher rigidity and optimal weight distribution.

The compact SUV is a huge success in the international markets and the rear suspension has double wishbone design offering nimble and precise handling characteristics as well as better ride quality. The 2019 Toyota RAV4 gets largely benefitted by its hybrid powertrain system as well.

The new RAV4 Hybrid uses a 2.5-litre Dynamic Force petrol engine combined with a couple of electric motors. The resultant combined output stands at 219 horsepower – making it 25 hp more than the predecessor. The self charging hybrid unit is in its fourth generation and comes with several improvements.

For instance, the power control unit and a Nickel metal hydride battery pack are smaller in size as well as being lighter and efficient. It has reduced mechanical and electrical losses while the CVT transmission has also been fine tuned in the latest avatar. 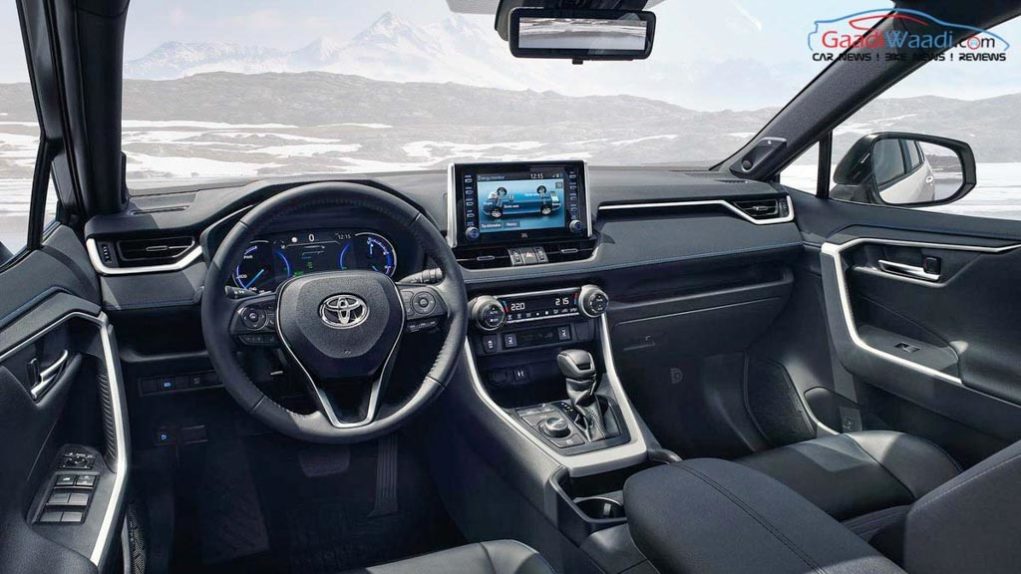 The hybrid system faces an enhanced electric all-wheel-drive system and the level of torque directed to the rear wheels is increased by 30 percent. Thus, the torque split ratio stands at 20:80 helping in varying surface conditions. Other powertrain options include a regular 2.0-litre petrol unit with manual and CVT ‘box choices.

The hybrid variant of RAV4 accounts for majority of sales in Europe and the new version hopes to build on the success of the outgoing model with a more efficient and powerful system in play. Toyota is expected to launch the C-HR in India in the near future as the appreciation for premium SUVs has increased in recent years.