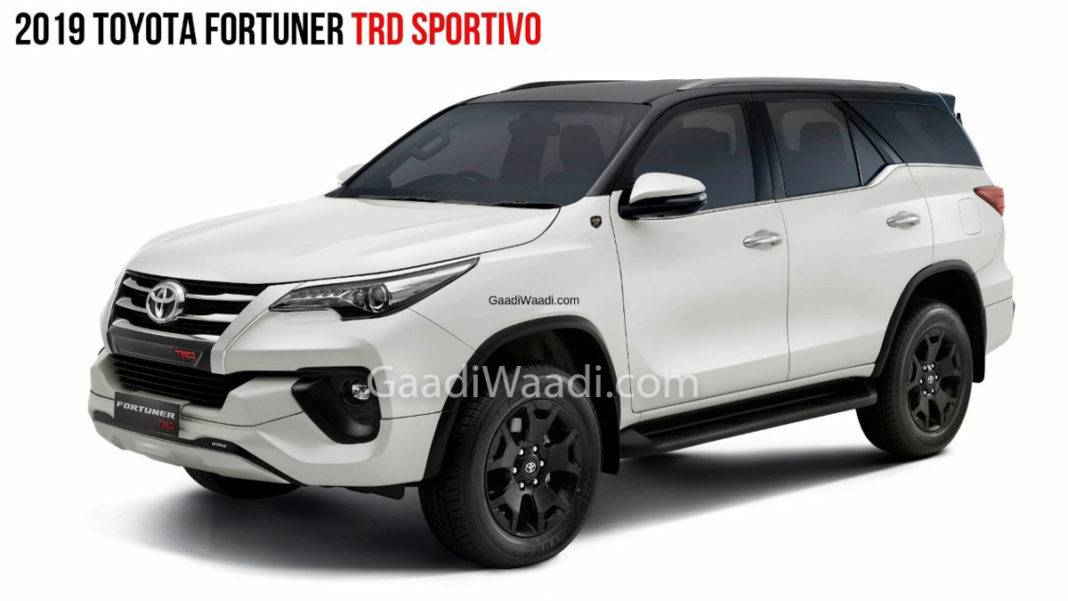 2019 Toyota Fortuner TRD Celebratory Edition celebrates the SUV’s 10 years in India as over 1.6 lakh units have been sold; it is limited to just 300 units

It has by now become pretty well-known that the Indian car market has been going through a really bad phase. The situation is so pitiable that even top-selling models have been suffering rather badly. For example, the Toyota Fortuner, which has been the go-to premium SUV for most, has suffered a YOY downfall of 52 per cent last month.

Gladly, however, the companies are yet to give up as they plan to launch one new model after another to reive the sales performance of their vehicles. In line with this, Toyota Kirloskar Motor (TKM) has today launched the Fortuner TRD Celebratory Edition and is priced at Rs. 33.85 lakh (ex-showroom, New Delhi) – offered only in the 4×2 2.8 diesel AT variant.

It is available only in diesel automatic transmission variant in pearl white with attitude black dual-tone exterior. It is part of the celebration during this festive season as the Fortuner finished ten years in the domestic market with more than 1.60 lakh sales covering 60 per cent of the total segment share. 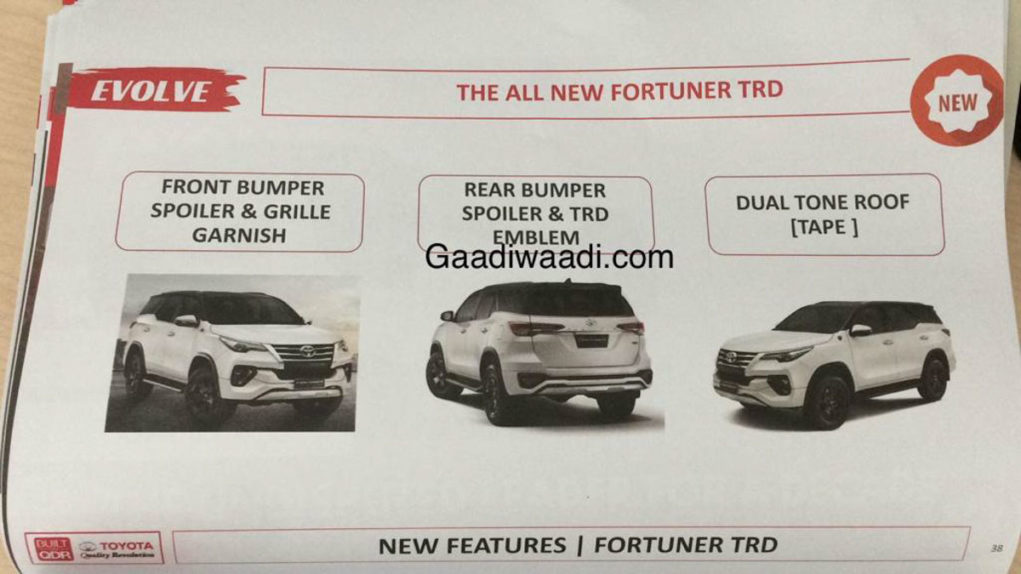 The Toyota Fortuner TRD Celebratory Edition looks sportier both on the inside and outside, and more dynamic than the regular version as the entire package was developed by Toyota Racing Development (TRD). Booking has opened across all authorised Toyota dealerships in India today. For the uninitiated, TRD or Toyota Racing Development is to Toyota what the M division is to BMW. The visual updates are the obvious dual-tone roof, 18-inch charcoal black alloy wheels, contrast TRD radiator grille garnish, Fortuner ‘10 years‘ Leadership Emblem, and red TRD emblem. 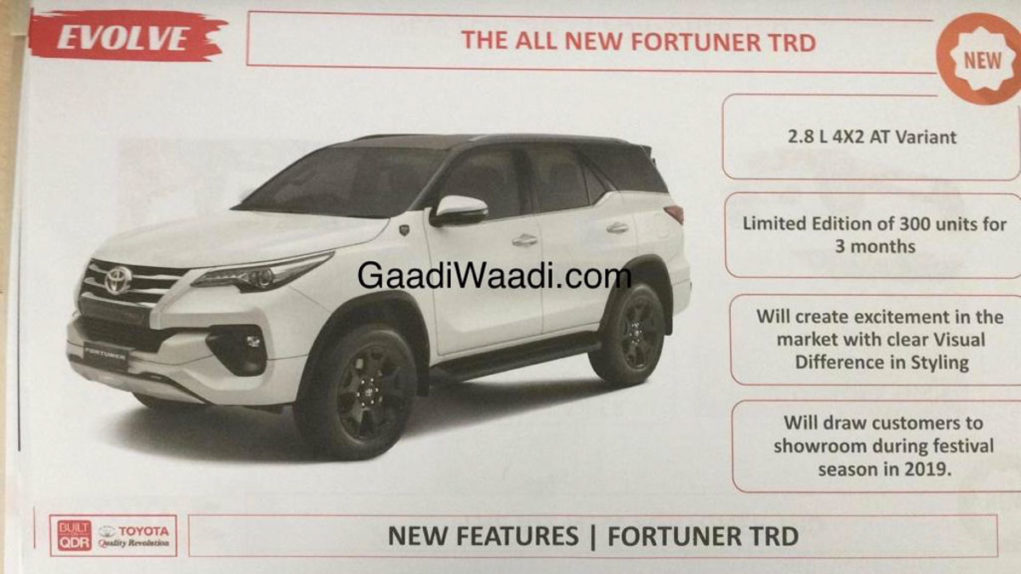 Elsewhere equipped such as smart entry push-button start/stop, fully automatic power back door with height adjust as well as memory and jam protection, electrically adjustable and retractable wing mirrors with turn signals, aero-stabilizing fins on ORVM base and rear combination lamps can also be noted. 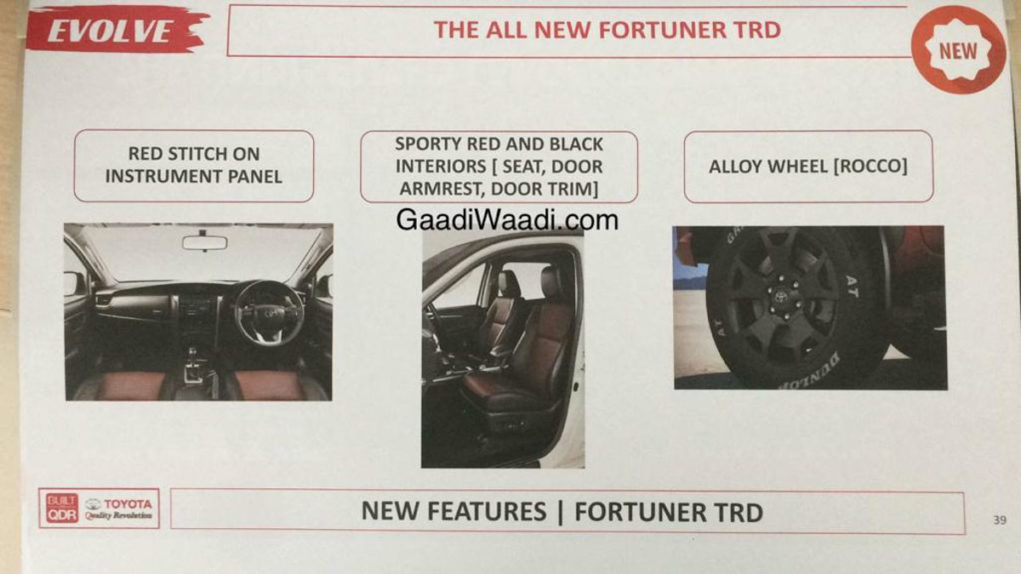 It is powered by a 2.8-litre, four-cylinder diesel motor that outputs a maximum power of 174 hp at 3,400 rpm and a peak torque of 450 Nm between 1600 and 2400 rpm. The only transmission option on offer is the six-speed automatic unit with sequential and paddle shifters.