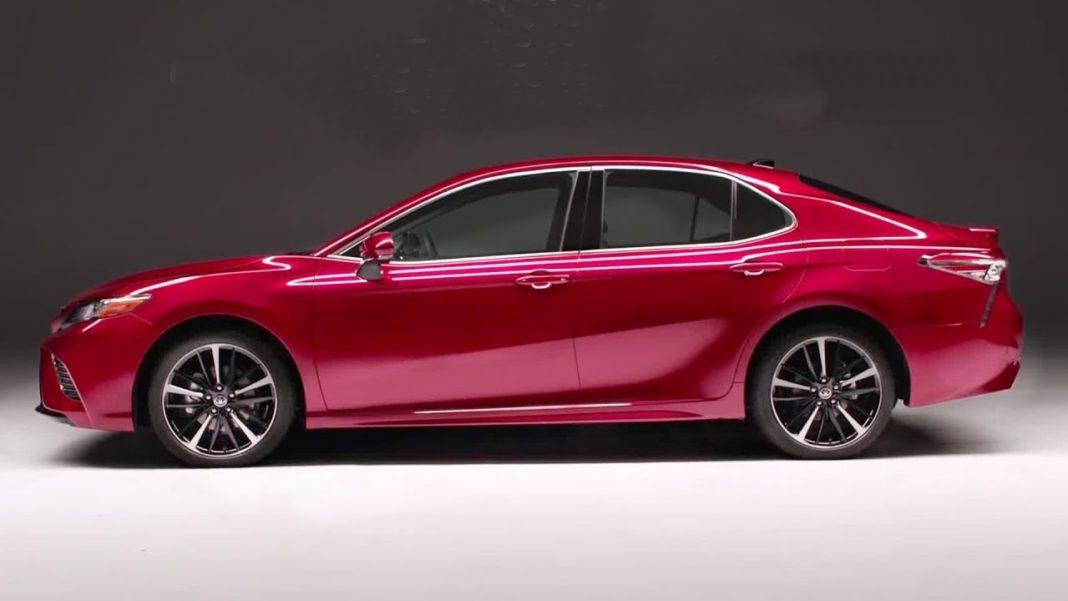 The eighth-gen Toyota Camry has once again been spotted testing on the Indian public roads. While it was earlier speculated that the Camry brand will be discontinued in India owing to a low demand, the recent sightings make it quite clear that the new model is India-bound. The 2019 Toyota Camry is very likely to launch in India in the second-quarter of next year.

While the current generation Toyota Camry had different versions for the US and the UK market, the next generation version has only one model for all the markets across the globe. The new model looks quite dynamic and its larger dimensions make it look all the more stately. 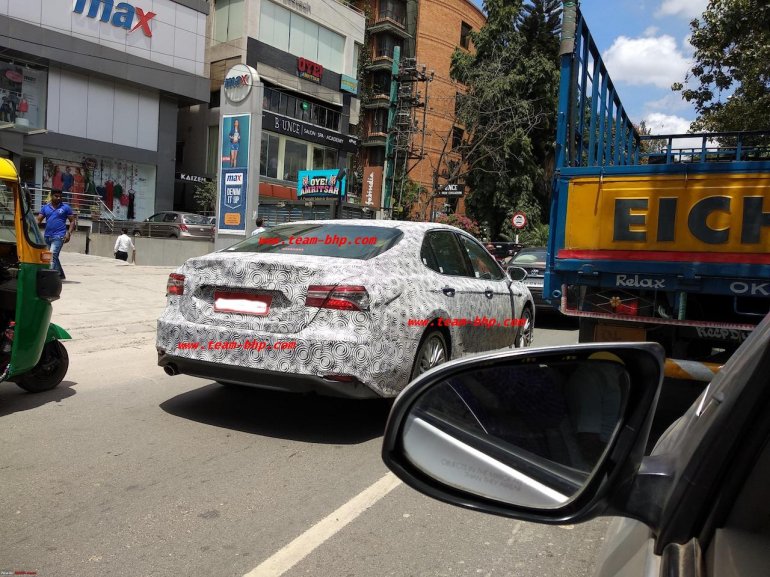 Unlike its predecessor, the new generation Toyota Camry takes a unified approach, with the same design serving markets across the globe. It looks athletic the way North America wants it yet graceful and upscale as the customers in the East prefer. Key to the striking new look is the TNGA platform underpinning the car that allowed designers to give it a low and wide stance. The fully renewed interior is a fusion of futuristic styling and rich craftsmanship. 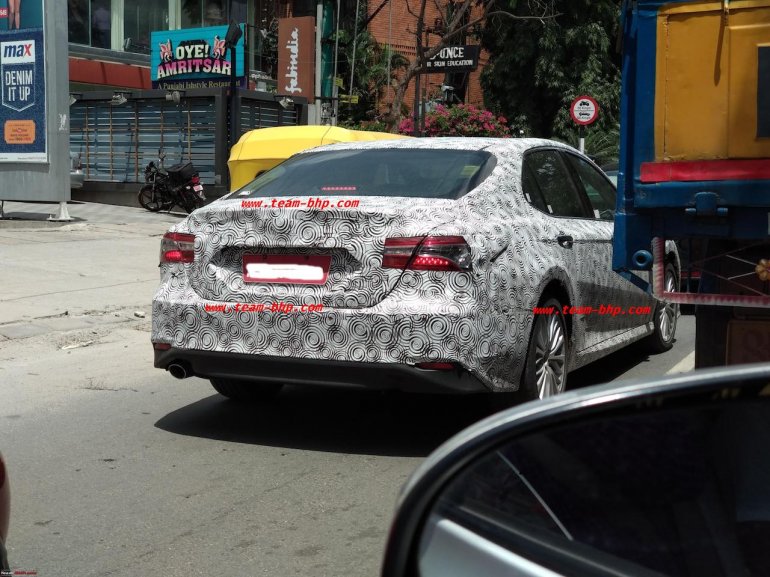 Like before, the 2019 Toyota Camry won’t have a diesel engine option. It will be available with a 2.5-litre petrol engine that will work in conjunction with an electric motor. The hybrid powerplant offers a fuel economy of 33.4 kmpl. The powertrain will comprise of the 2.5-litre Dynamic Force Engine that outputs 178 PS/221 Nm and a 3NM electric motor that offers 120 PS/202 Nm.