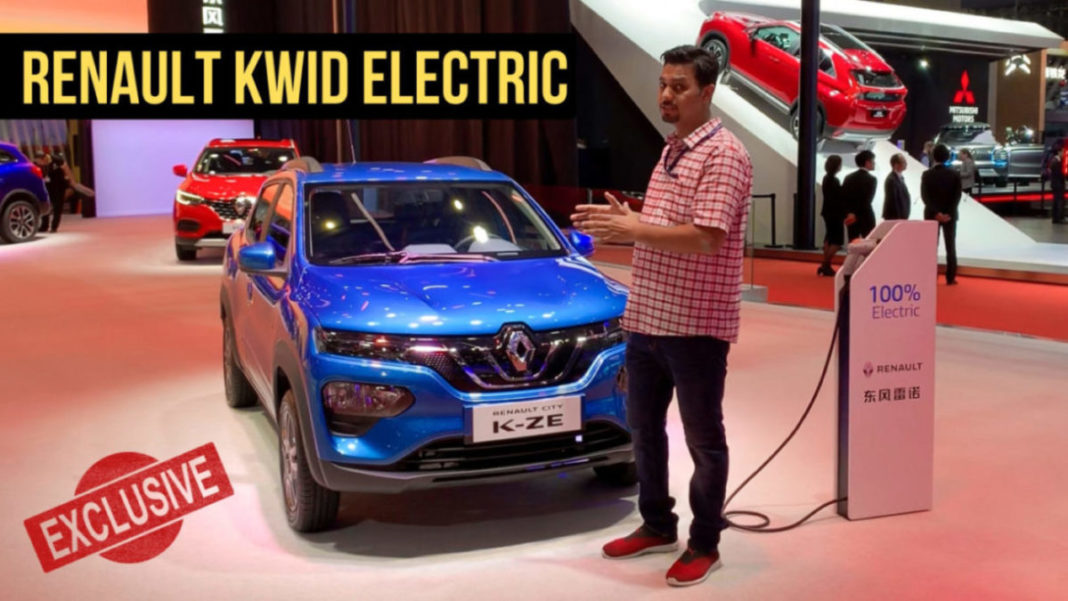 The all-new Renault Kwid EV, known as the City KZ-E in the Chinese market, is expected to become a popular urban small electric car

Renault has unveiled the near-production version of its upcoming small Electric Vehicle – City KZ-E – which is basically the electrified version of the Renault Kwid available in India. Here is the first and exclusive walkaround of the vehicle straight from the 2019 Shanghai Motor Show, where the Kwid EV was unveiled.

The overall shape of the vehicle remains the same, and it resembles quite a lot like the petrol version of the Kwid available in the Indian market. However, the differentiating factor here is the updated front and rear bumpers of the car. It also gets an updated front grille. The headlamps are also new and give a futuristic look to the vehicle.

The headlamp cluster is placed in the bumper of the car. The front grille lifts up to reveal the charging socket of the vehicle. The Kwid EV offers a range of 250 km on a full charge, and it can be charged in only four hours. It also gets a quick charging option, and for that, it gets a different socket placed behind the front grille beside the regular charging socket.

Overall, the Kwid EV looks like an upgraded version of the present car available in India.
The cabin space of the Kwid EV remains the same as the regular vehicle. Also, no changes have been made to the boot space of the car. On the inside, there are blue highlights with digital display console and an infotainment system mounted on the dashboard.

The batteries and the electric motor are placed underneath the hood of the vehicle that ensures that the cabin space is not affected. Renault has not officially announced the launch of the electrified Kwid in the Indian market. With the consensus towards electric cars growing, Renault may officially bring the Kwid EV to India in the near future. 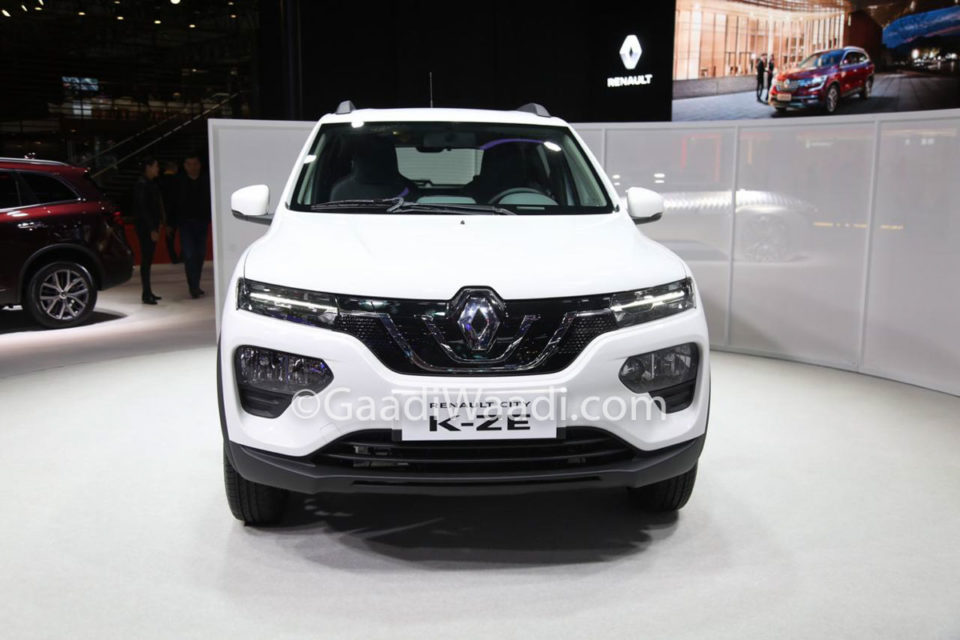 As the vehicle is based on the same CMF-A platform that underpins the Kwid in India, launching the car may not be a big challenge for the French manufacturer but the charging infrastructure and associated technologies must grow accordingly. Subscribe to our YouTube Channel and follow us on social media to get such exclusive updates regularly.