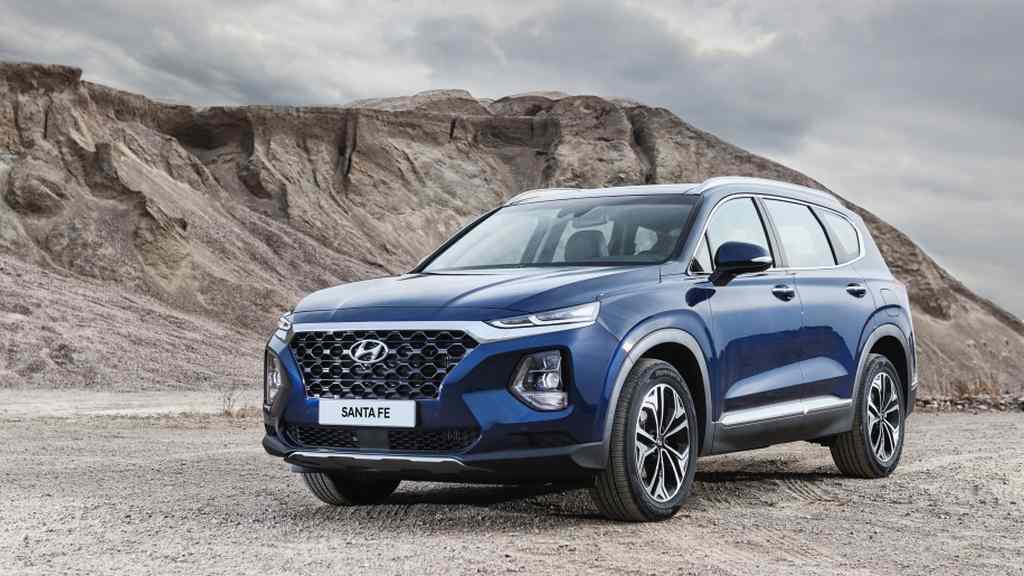 Hyundai revealed the next generation Santa Fe officially in February 2018 and it replaces the five-seater Santa Fe Sport in foreign markets like the US. It made its public motor show premiere in Geneva earlier this year and now has its prices announced in the US. The South Korean auto major has introduced design changes, added technologies and slotted in a new diesel engine.

In Geneva, it is confirmed by Hyundai to get PHEV and Hybrid variants down the line internationally. The 2019 Santa Fe has a wider stance than its predecessor and is looking bolder with the now-signature cascading grille, raising beltline and bigger wheels. The exterior changes have brought a more matured SUV-ish appearance unlike the previous model. Inside the cabin, the new Santa Fe has revised layout making it wider and roomier than before. 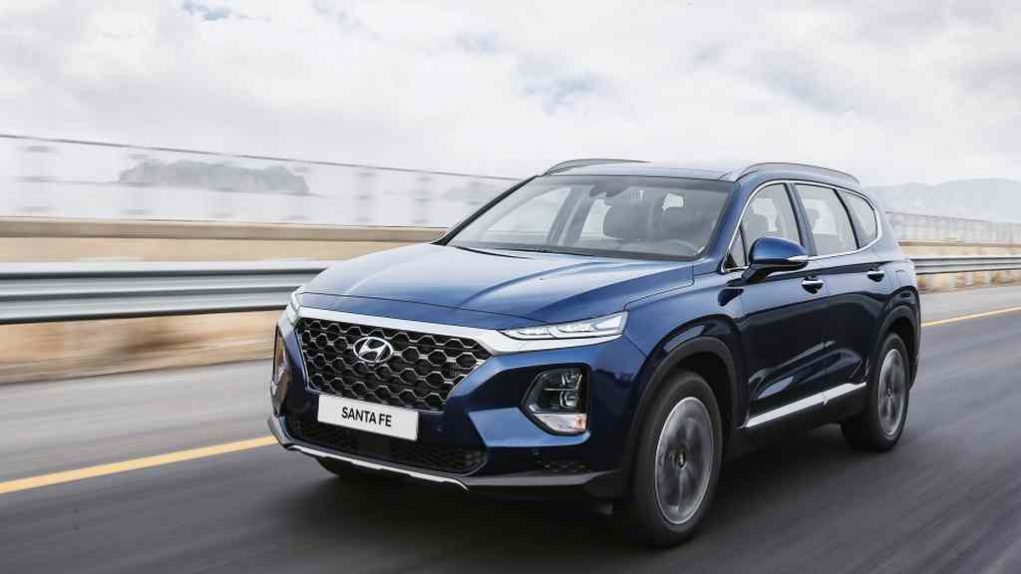 For improved outer visibility, it has large window openings and the 3D instrument cluster is brand new. It also comes equipped with a repositioned touchscreen infotainment system and a new head-up display available in top-spec variants. The variety of engine options in which the Santa Fe will be sold include a new 2.2-litre diesel, a 2.4-litre four-cylinder and a turbocharged 2.0-litre four-pot petrol mill.

The bigger 2.4-litre motor is good enough to produce 185 horsepower while the smaller 2.0-litre makes as much as 232 horsepower. The new diesel engine, on the other hand, delivers 200 horsepower and 434 Nm of peak torque. It is the only engine option in which the third-row seating will be offered. 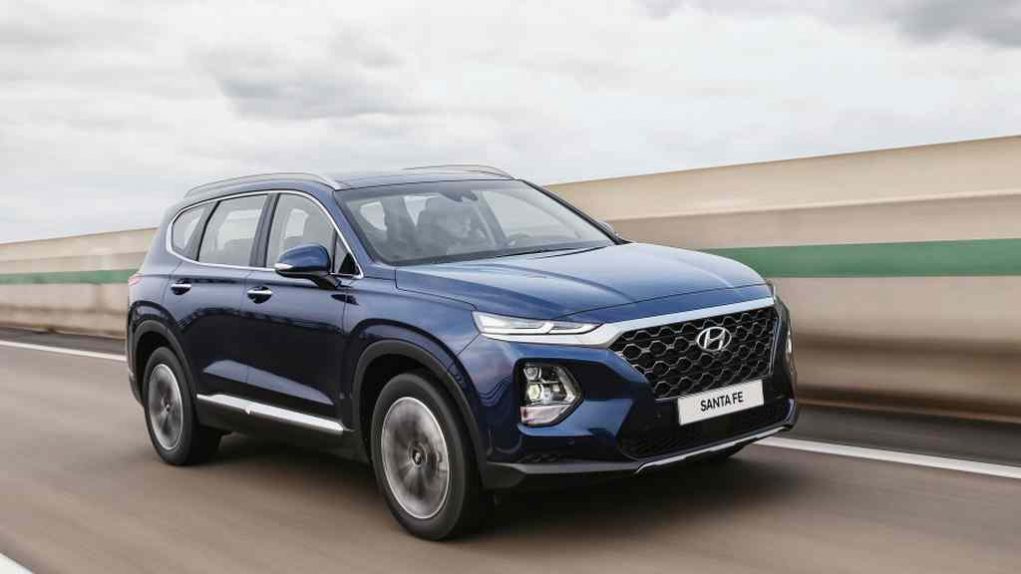 Each of the powertrain is mated to a new eight-speed automatic gearbox driving all four wheels. Drivers have different modes to choose from in order to have a good time behind the wheel under various surface conditions. Different torque distribution in driving modes will improve overall performance of the SUV.

Hyundai engineers have made mechanical changes for better riding comfort as the tuned suspension now provides load-levelling technology as option. It is to maintain a constant ride height when the carrying weight increases or during towing scenario. The key driver assistance features gained by the new Santa Fe include adaptive cruise control and lane keep assist. 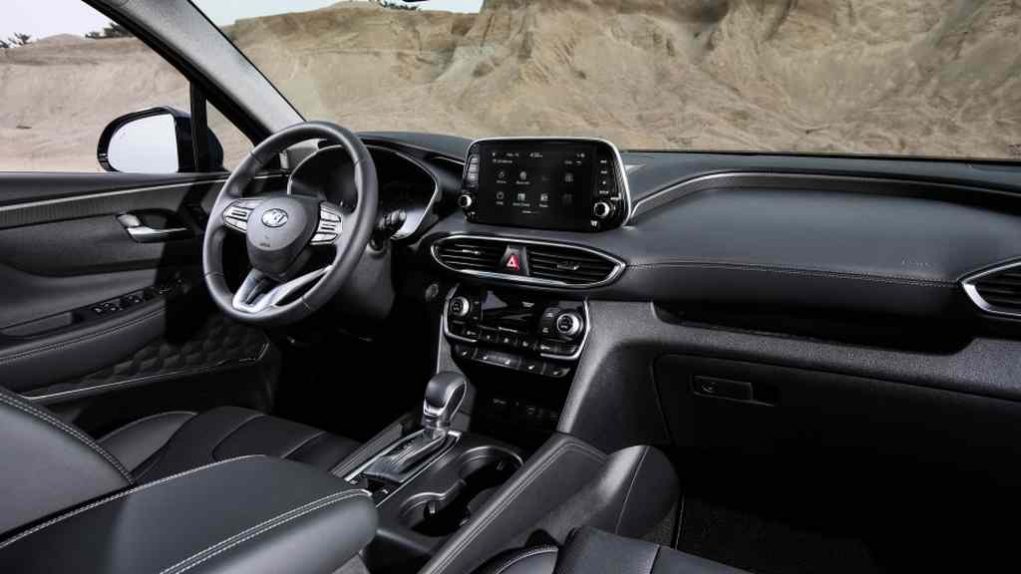 The Rear Seat Occupant Alert uses ultrasonic sensor to detect the existence of pets or kids and it prevents the child fatality due to cabin heating when negligently left by their parents on the inside for long. The Safe Exit Assist prevents opening of the door when another vehicle approaches from the back.

It will be offered in SE, SEL, SEL Plus, Limited and Ultimate grades in the US with prices starting from $25,500 (Rs. 17.58 lakh) and goes up to $38,800 (Rs. 26.74 lakh). Hyundai could bring back the new generation global Santa Fe to India having shelved its production due to poor demand late last year. With the Honda CR-V entering the market again with a renewed stance in Q3 2018, Hyundai may fancy a go with the Santa Fe in the near future.