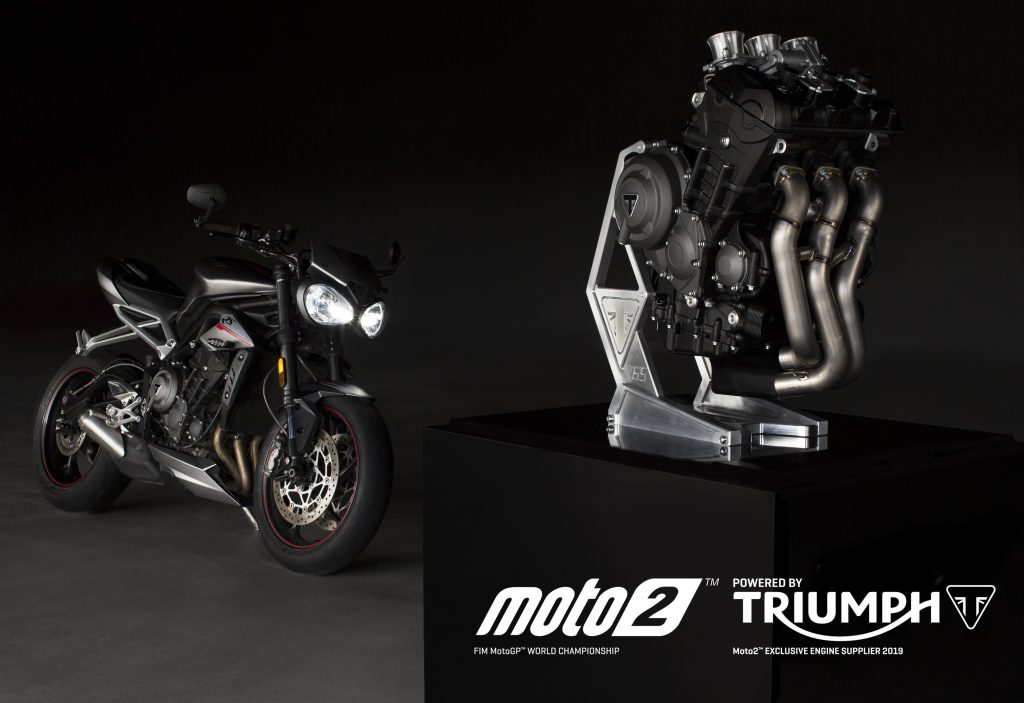 Few months back, Triumph Motorcycles had announced that it would be supplying engines for the 2019 season of Moto2 racing championship. Now, the British manufacturer has released a video that shows the engine to be supplied being tested rigorously. Triumph has signed a three year contract for Moto2 with Dorna, which is the commercial rights holder of MotoGP.

The one minute video starts off by showing the prototype motorcycle being used in testing of the engine. For those not in the know, the company will be using its 765 cc engine for the Moto2 season and it is the same motor that has been employed in the company’s latest Street Triple RS as well.

The motorcycle that has been employed in the testing of Triumph’s Moto2 engine is fitted with a race inspired chassis and ECU (Engine Control Unit). The video shows the engine going through the rolling road shakedown test in which the bike can be seen screaming its heart out on the dyno. Followed by this, the engine gets ready for track testing with renowned Moto2 rider Julian Simon – a former 125cc World champion and a Moto2 runner-up.

The engine to be used in Moto2 is a significant development over the Daytona 675R that has won numerous championships and titles like Isle of Mann TT and British Supersports. Digging into further details of the engine, the 765 cc mill receives a modified cylinder head with revisions to the inlet and exhaust ports for an optimum flow of gas.

For an increased rpm, titanium valves and stiffer valve springs have been used. Not only this, the engine also has a taller first gear ratio and a race spec slipper clutch that is tuneable. A Magneti Marelli developed ECU along with revised engine covers and a different sump are other significant upgrades to the engine.

According to Triumph motorcycles, this engine has over 80 new parts in comparison to the previous generation motor that include a bigger bore and stroke along with new crank, pistons and balancer shaft.