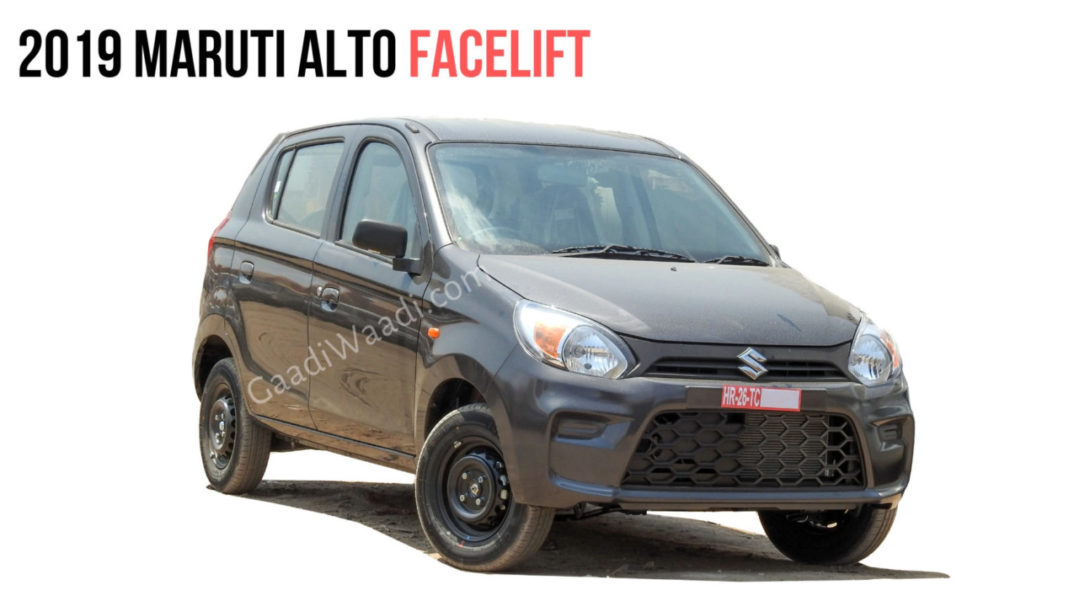 Automobile manufacturers have started responding to the upcoming crash test regulations, mandated standard safety equipment package and BSVI transition by April 2020 already. Maruti Suzuki India Limited (MSIL) is one of them and it has updated the entry-level Alto small hatchback. We informed you of Maruti Suzuki ending the Alto 800’s production quite a while ago but it does not appear to be the case as the 2019 Alto 800 is waiting to enter showrooms.

Besides adding new standard safety features, the 2019 Maruti Suzuki Alto 800 also gets slight tweaks to its looks up front and back. The facelift comes with redesigned front bumper and the grille section is brand new with a thick black strip running across. The central part of the front bumper has new radiator grille mesh in honeycomb shape as well.

At the rear, the Maruti Suzuki badge has been removed and there is no 800 badge either. The 2019 Maruti Suzuki Alto 800 receives dual front airbags and ABS (Anti-lock Braking System) as standard fitment while the K10 only gets driver side airbag. The K10 also gains ABS with EBD, reverse parking sensors, high-speed warning system and front seatbelt reminder. 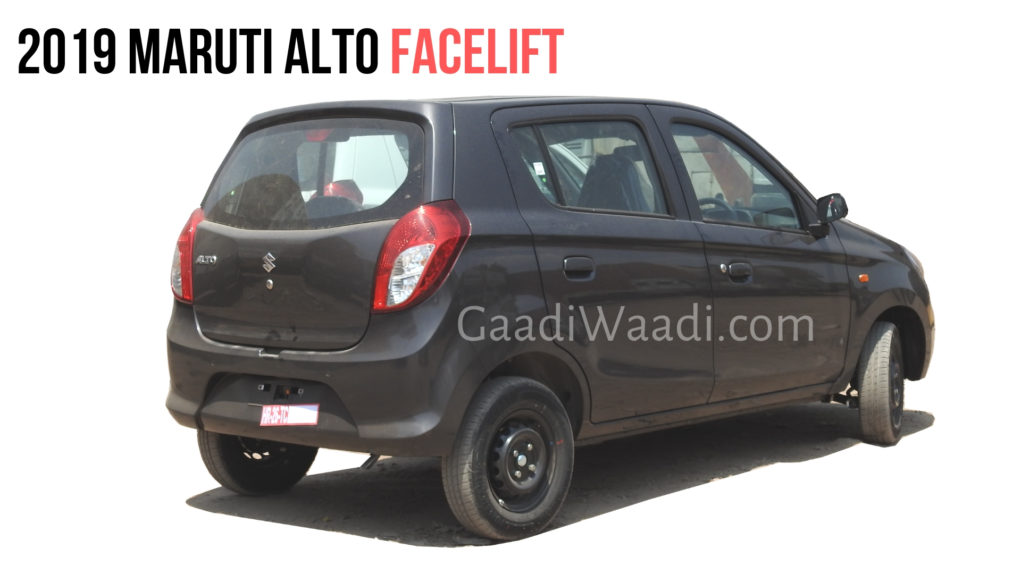 The 2019 Maruti Suzuki Alto 800 is expected to face a price hike of around Rs. 30,000. By October 2019, the new stringent crash test regulations dealing with full-frontal impact, off-set-frontal impact and side impact will come into effect. It is worth noting that all the new cars launched from October 2017 are in compliance with these standards.

Maruti Suzuki won’t be upgrading the Alto to meet the October 2019 deadline though and instead the Concept Future S based production model seems to be prepared as a replacement. It could be badged Alto K10 and will take several design influences from the concept including an upright front fascia with more prominent styling cues to have an SUV-ish stance and a round-shaped digital instrument console mounted on the middle of the dashboard.

It will compete against Mahindra KUV100 in the largely underexplored micro SUV segment but it will see increased rivals in the next year or two as Tata’s H2X based Hornbill and a model from Hyundai are expected to make their presence felt.