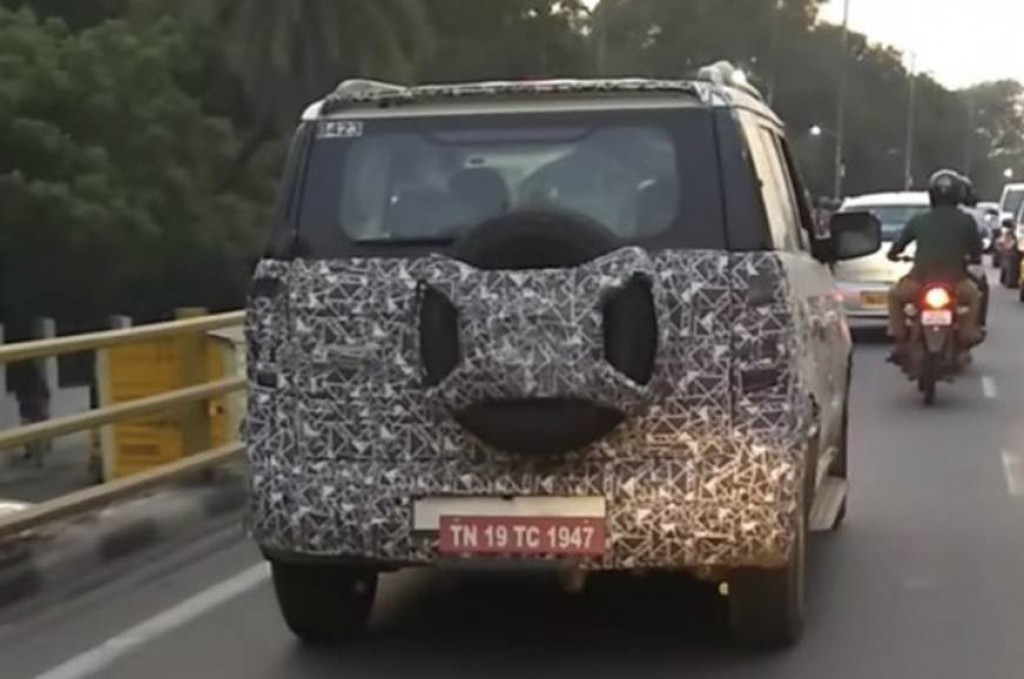 Mahindra introduced TUV300 with great expectations and the initial months were really good but the compact SUV couldn’t keep up the sales momentum. The company has introduced several limited edition models along with new top end variants with lots of features compared to the earlier model, but still, sales are not up to the same level as competitors.

Now, the company is currently working on TUV300 facelift model and the test mule has been spotted testing in Chennai during peak hours to test city driving conditions. The TUV300 facelift model comes with so many changes on the exterior and interior to make it feel fresh until the launch of the new model.

The exterior changes start with the new front grille, which is similar to the one available on other models along with revised headlamps and it now comes with LED DRLs also. The front bumper has been updated and the company has given a new set of fog lamps also. The side design continues to be the same but the B and C-pillar are finished in black colour.

The TUV300 comes with 15-inch alloy wheels with a new finish while the rear also gets a new bumper and tweaked tail lamps. The spare mounted wheel at the door gets an X-design for the cover. Overall, the update for the exterior does give a fresh feel for the compact SUV and the company might offer some new colour options also.

The interior also gets some design tweaks and we can expect TUV300 facelift model to be packed with lots of features like touchscreen infotainment system (Android Auto and Apple CarPlay might not be available), steering mounted controls, keyless entry, push-button start, climate control, reverse camera and more.

Mahindra will offer more safety features on the update model like dual airbags, ABS, EBD, seat belt reminder and speed alert warning. The engine is expected to be carried over from the current model with 1.5 L turbocharged diesel engine producing 100 bhp of power and 240 Nm of torque. This engine is mated to a 5-speed manual and AMT gearbox. The launch is expected to take place in early 2019.