2019 Mahindra Thar will get a full model change to keep up with the stricter safety norms, the launch is expected to happen in late 2019

Mahindra Thar is one of the most loved SUVs in the off-road fraternity. It is capable, powerful and most importantly, can be fixed at a small price. It was earlier being speculated that Mahindra is working on an all-new model of the Thar that will be launched in the Indian market after the new safety norms come into the place. For the first time, the all-new Thar has been caught testing under a heavy camouflage.

India will soon implement the Bharat New Vehicle Safety Assesment Program (BNVSAP), under which all the vehicles that are sold in the Indian market will have to meet a minimum safety requirement. Mahindra Thar in its current form would not have met those requirements even after heavy modifications. The Mahindra Thar is a legendary vehicle and the namesake would continue even after the arrival of the all-new model.

The all-new Thar would get an all-new ladder-frame chassis, which can be similar to the ladder frame of the Mahindra Marazzo. It would be a similar set-up to the current version of the car so the capabilities of the vehicle would not get affected. 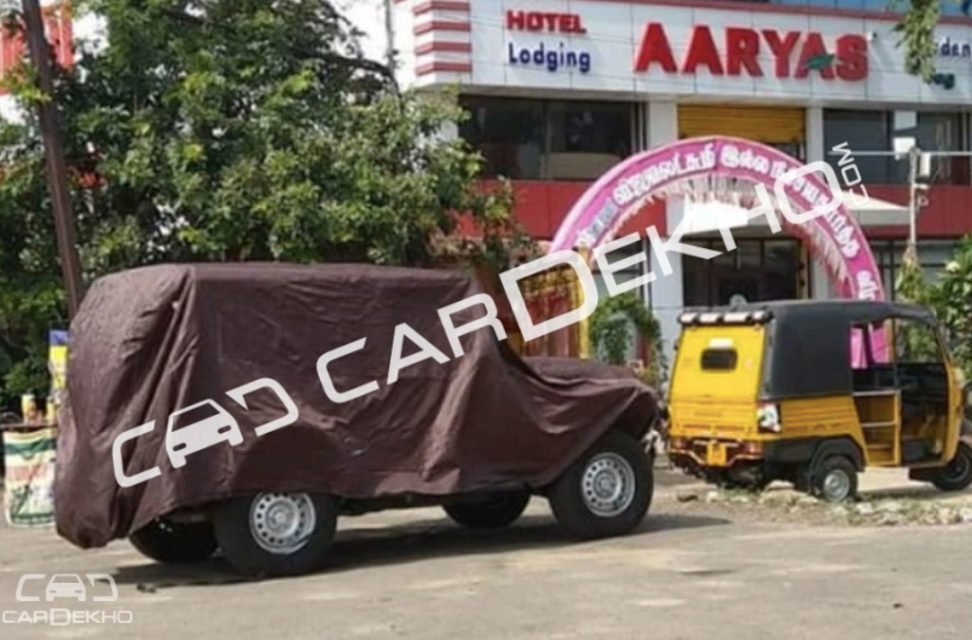 The pictures of the all-new Thar show that it is much more wider than the current version, which translates into a much bigger road presence. The Thar can be seen parked next to the Toyota Innova and Renault Duster it dwarfs both of them in the pictures.

The all-new Thar may also get a hardtop roof but the test model seen in the pictures get the canopy like the current Thar. It seems like Mahindra is still testing the platform and chassis of the all-new Thar and gets dummy lights, small steel rims. 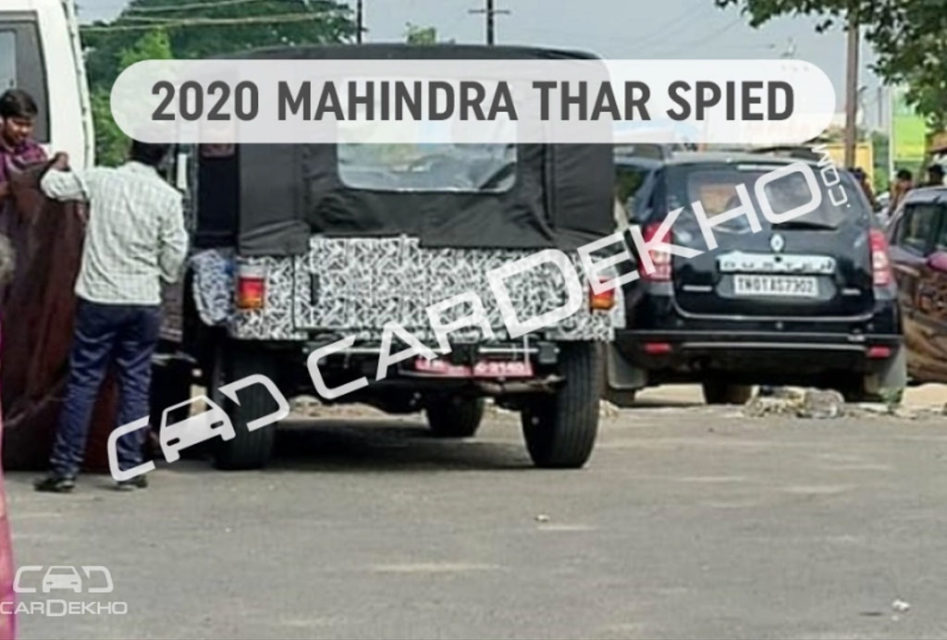 The all-new Thar is also expected to get an all-new engine. There would be a 2.5-litre diesel engine that is expected to meet the upcoming BS VI emission norms. The Indian market would get the mandatory BS VI norms from the 1st April 2020. The other features like 4X4 drive, low-ratio transfer case and more would be carried forward.