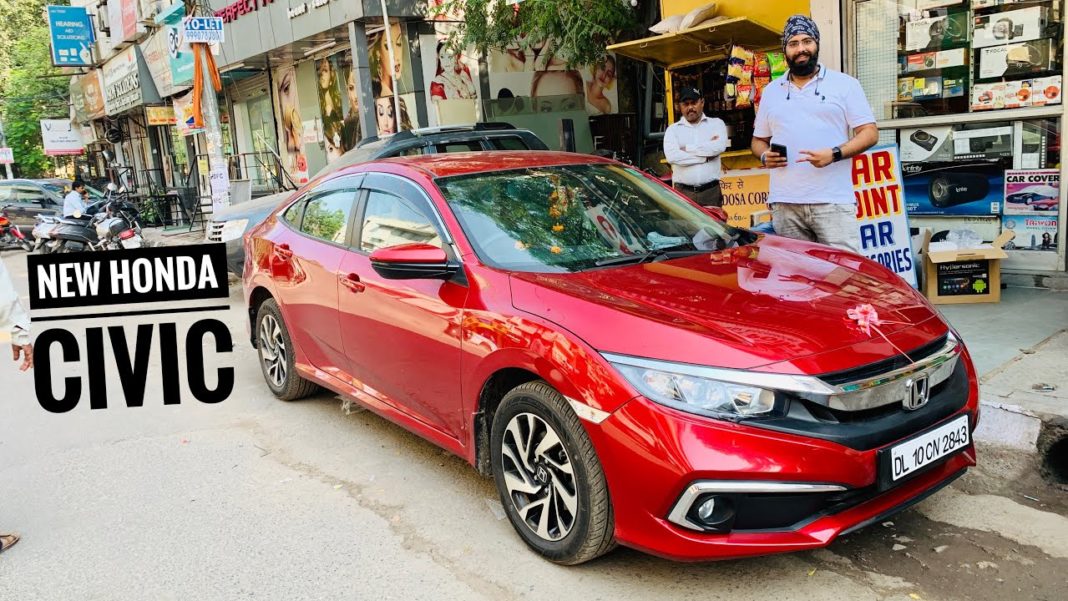 The large aftermarket infotainment unit installed in this Honda Civic will remind you of Teslas!

Since the first-gen model in India, the Civic has always stole our hearts away with its external as design, as well as its beautifully laid out interiors. With the tenth-gen (internationally) Civic being launched in India earlier this year, the popularity of the sedan continues to grow in the country.

In terms of features, the top-end trim of the Civic gets a smart key, an eight-way adjustable driver’s seat, two-zone climate control, a fully digital 7-inch multi-info display, a similarly sized touchscreen system and more. However, it is never too much for enthusiasts.

The car used in the video is not the top of the line Civic ZX, since the basic head unit can be seen installed in the car. Hence, the owner decided to replace it with an aftermarket ‘Hypersonic Tesla Android’ touchscreen system, which can be seen in the video. Apart from being an infotainment unit, the giant vertical aftermarket touchscreen also gets HVAC integration.

The touchscreen system also displays the instrumentation of the car, and the only physical buttons that are placed around the screen are air conditioning switches, for if ever the touchscreen stops working. The screen can be controlled by the steering mounted controls as well, and comes with an audio and video player.

It is surprising to see how well the large Hypersonic Tesla touchscreen system fits in the car, with no compromise on any storage space. Also, it should be noted that no changes have been made to the said car’s powertrain. 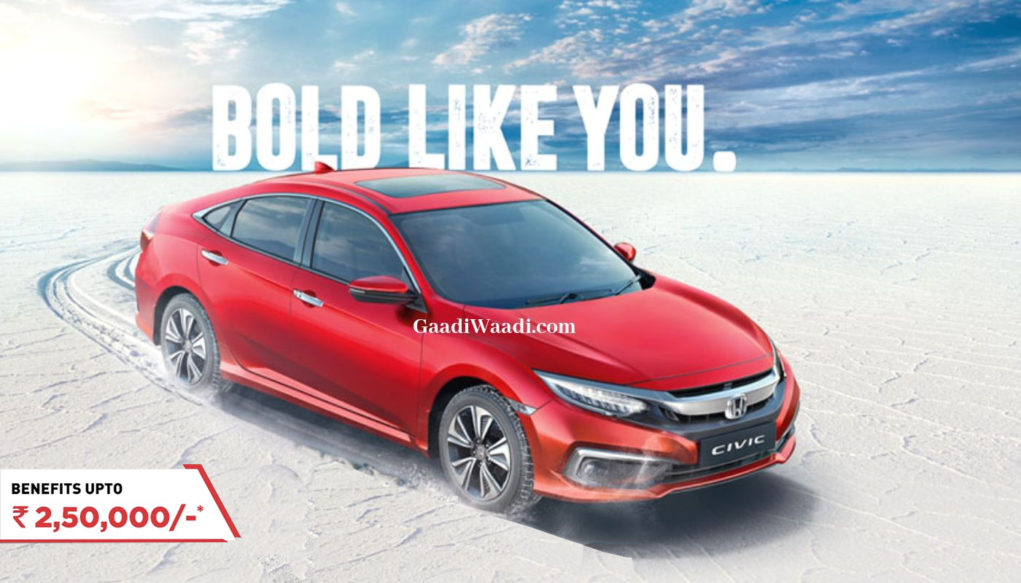 Powering the Honda Civic is a 1.8-litre petrol engine that puts out 139 hp of power and 174 Nm torque, along with a 1.6-litre diesel unit which makes 118 hp and 300 Nm. While the former comes with a CVT as standard, the oil-burner can only be had with a 6-speed manual transmission. At a starting price of 17.93 lakh (ex-showroom), the Honda Civic takes on the likes of other D-segment sedans in India including Skoda Rapid, Hyundai Elantra and Toyota Corolla Altis.