The Ertiga Suzuki Sport variant carries a dark theme on the outside as well as inside with aggressive body kit and side skirts, gets DRL’s for the first time

Suzuki has finally launched the Sport version of the second-generation Ertiga in the Indonesian market and it comes with a number of changes over the standard variant. The Japanese manufacturer has gone on about making changes on the cosmetic front as well as the interior to differentiate it from the regular Ertiga.

The 2019 Suzuki Ertiga Sport has been introduced in Jakarta and it is based on the Sport Concept displayed last August at the GIIAS (Gaikindo Indonesia International Auto Show) 2018. As the name suggests, the production Ertiga Sport has an aggressive exterior theme on its own.

The front fascia looks more spectacular than the concept version mainly due to the use of body-coloured underbody spoiler and plenty of silver and chrome accents that can be found on the grille, below the fog lamp housing and lower body kit serving as a protection rather than having aesthetic importance. 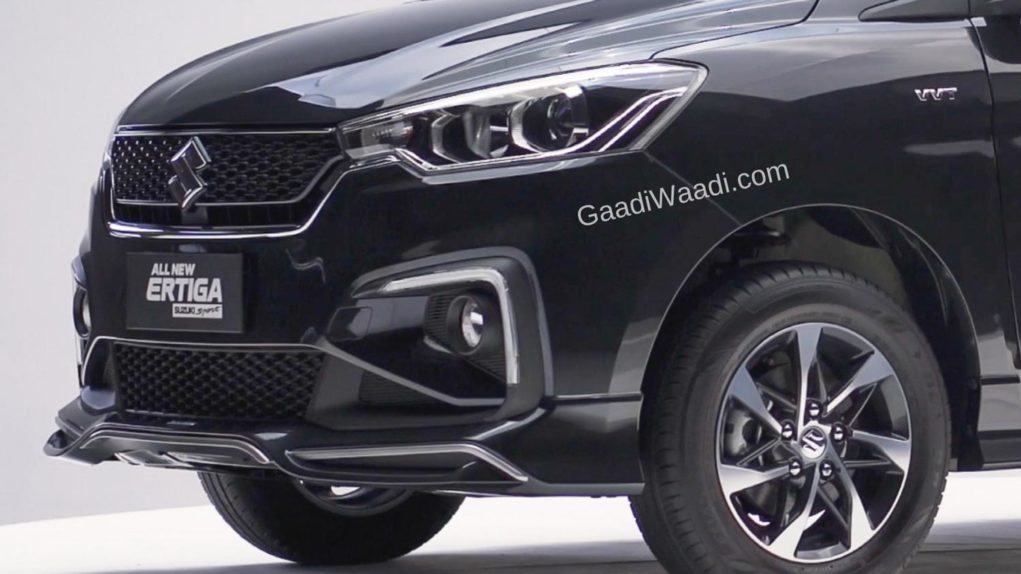 Suzuki has managed to keep the whole exterior busy with the sporty body kit and side skirts running across the bottom surface giving a lower ride height than usual. The rear end does have silver garnishes and the chrome boot applique along with a rather functional looking diffuser complement the bolder façade.

LED DRL’s are fitted right above the fog lamps while the integrated spoiler on the edge of the roof is another visual enhancer. The Suzuki Sport emblem and the blacked out exterior theme has been carried well along throughout and Suzuki says there have been 11 updates applied totally. 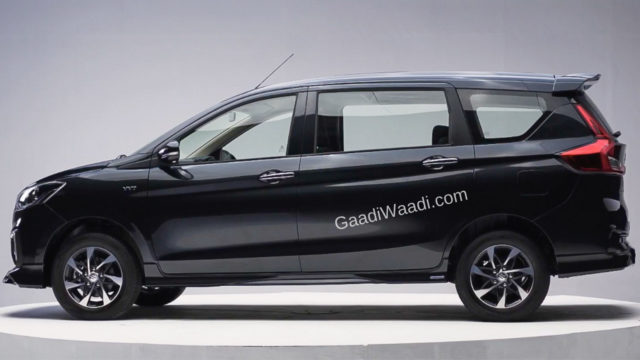 The interior adorns a similar dark theme and the faux wooden dashboard trim merges well with it. The steering wheel, horizontally positioned AC vents, gear lever area and the lower portion of the dash get a grey finish. Reverse parking sensor and camera is standard on the Ertiga Sport while Hill Hold Control is available only in the automatic version. 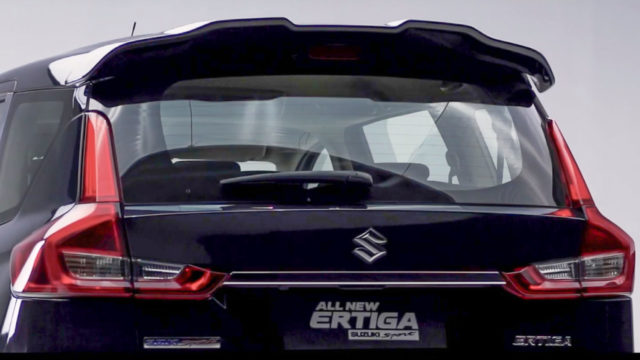 A five-speed manual and a four-speed torque converter automatic are transmission choices. We can expect Maruti Suzuki to launch the Ertiga Sport in the near future and it could be positioned at the top of the range.