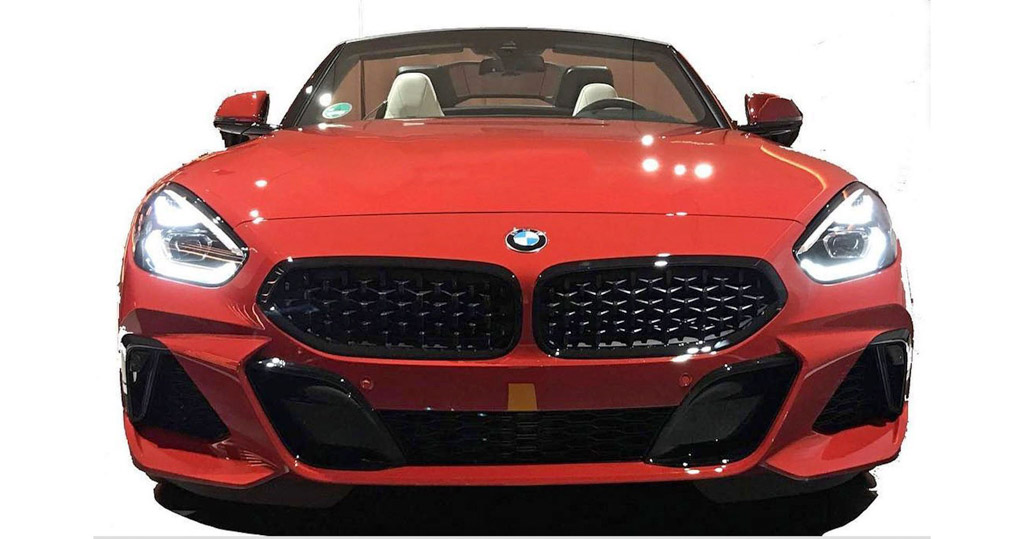 Internet is a crazy place to be and you never know what leaks when. The much-awaited new generation BMW Z4 has been leaked online as three pictures explain us of what has been cooking under the curtain for so long. Besides the prospect of a new model, the fact that it shares plenty with the upcoming Toyota Supra elevated the anticipation further.

As expected, the 2019 BMW Z4 follows the philosophy of why fixing something that isn’t broke. It is an unmistakable take on the Concept Z4 showcased in Pebble Beach last year in almost every possible way, as the sports car has a clear intention of luring in global audience with style and flair.

The leaked images of the Z4 M40i were published on Bimmer Post and showcases the front, side and rear portions of the new Z4. Up front, the resemblances with the concept are apparent as it features sleek kidney grille and stylish headlamps. Compared to the concept, the air intakes appeal smaller, but the bold creases accentuating the sharper stance are retained.

The side and rear profiles have the angular lines and quirky cuts of the concept in tact with the horizontal tail lamps remembering us of the awe-inspiring 8-Series and the glossy black wheels adding another visual stunner. When we examine closely, the new Z4 is aerodynamically shaped to channel air to the rear with the duct behind the front wheels resisting swirling air.

The folding soft top is another trademark of the old Z4 being carried forward. The powertrain option for the leaked Z4 M40i could be a twin turbocharged 3.0-litre six-cylinder engine, which is good enough to produce a maximum power output of 380 horses.

It will also have electronic driver aids to assist handling and other characteristics. Just as the concept, the production model appears to be shaping up for a debut at the 2019 Pebble Beach Concours d’Elegance next weekend.