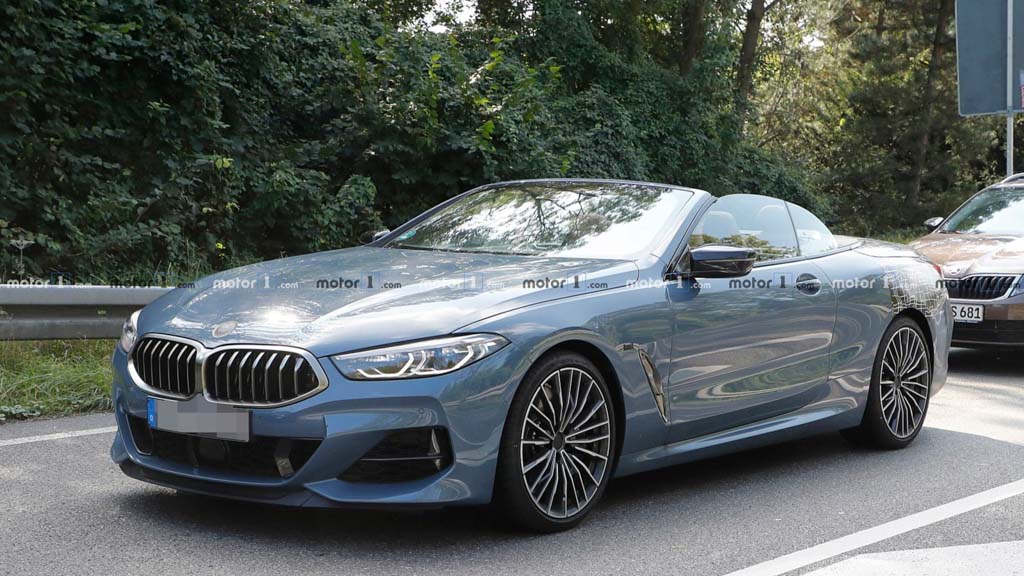 BMW is working behind the curtains to unveil a convertible variant of the flagship 8-Series for next year and over the last few months, its presence had been more apparent courtesy of the camouflaged spy pictures. With the interweb notorious for not keeping secrets, the production-spec drop-top has finally showed its exterior almost in its entirety.

Except for the lack of BMW badges and the camo cover on portions of the rear to hide bootlid, the 2019 BMW 8-Series convertible has been caught on camera in its full glory. As with any convertible, BMW will have strengthened the internal chassis components to offset for the absence of roof, ultimately adding a bit more to the weight.

The standard 8-Series is a gorgeous machine to look at with its undeniable road presence but changes had to be made at the rear of the convertible to accommodate the folding roof and the mechanism involved to bring it back up. However, it does not appear to break the original character of the regular model and instead added more elegance to the design.

Despite the added weight to compensate for the loss of roof, BMW will have closely matched its performance with the hardtop variant. The 4.4-litre twin turbocharged V8 engine is good enough to produce a maximum power output of 523 horsepower and 750 Nm of peak torque. 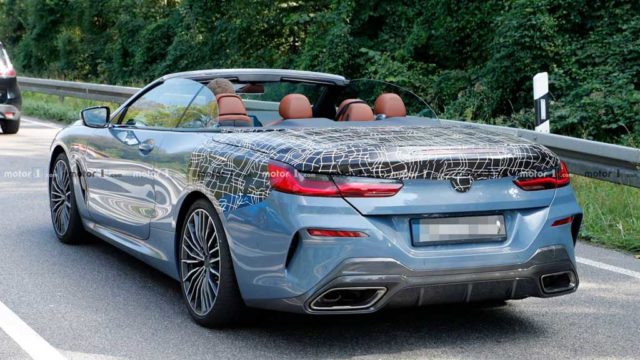 The almost undisguised production model indicates a nearing launch for the 8-Series convertible and the upcoming Paris Motor Show could well be the stage for its global premiere. Another highly anticipated launch from Bimmer this year was the new generation Z4 and it did not disappoint.

However, the new roadster will not get a hotter M version reportedly. The 2019 BMW Z4 M40i uses a 3.0-litre six-cylinder engine developing 340 PS, along with M Sport brakes, sport suspension with electronically controlled dampers, and 50:50 weight distribution, to reach zero to 96 kmph in just 4.4 seconds.