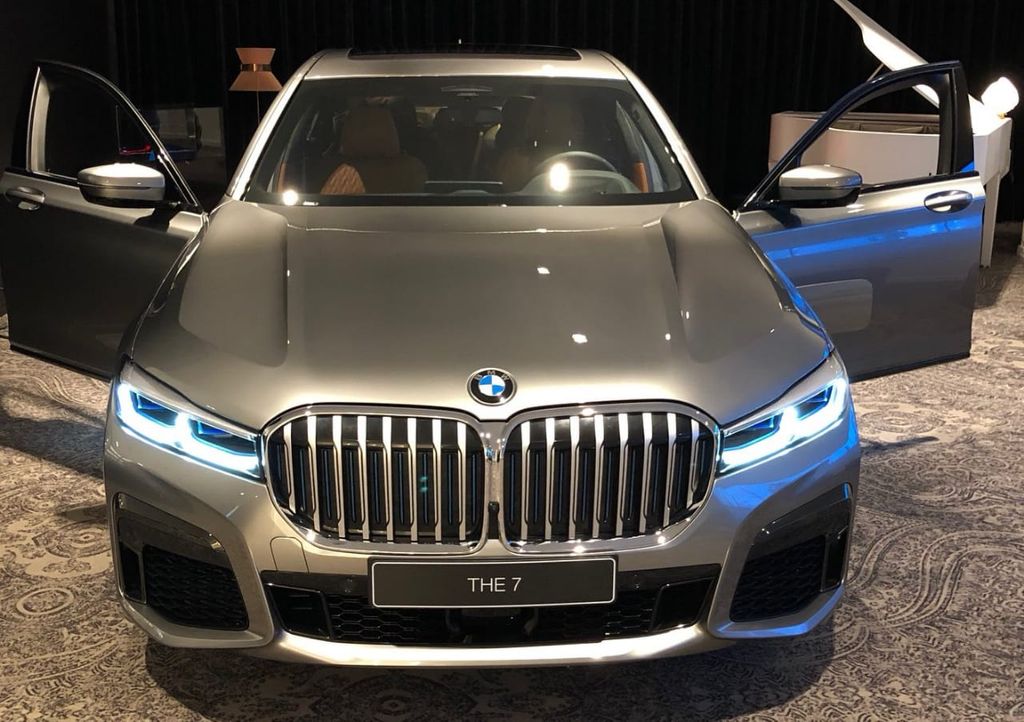 The BMW 7-Series is about to receive a mid-cycle makeover (LCI in BMW speak). The G11/G12 generation of the limo was introduced in mid-2015 and has aged rather gracefully in all these years. We have already seen a few spy images of the 2019 BMW 7 Series facelift undergoing road trials but a leaked image that has surfaced recently give us a good glimpse of the revised front facade.

As was a certainty, the 2019 BMW 7 Series facelift flaunts a set of styling elements that are a part of the company’s latest design language. The headlamps are no sleeker and boast the company’s Laserlight technology. The signature kidney grille has also been updated to the brand’s new standards and looks bolder than before. While the bumper carries a new air intake, the side vents have been omitted to achieve a cleaner look.

However, the M Sport trim of the 2019 BMW 7 Series will feature these vents to offer a sporty look. Even the rear of the car will feature many refreshed elements. The taillamps, for instance, will get a sleeker look, which will be inspired from the ones of the new-gen BMW 3 Series. Other exterior updates should include new alloy wheels and possibly reworked wing mirrors. 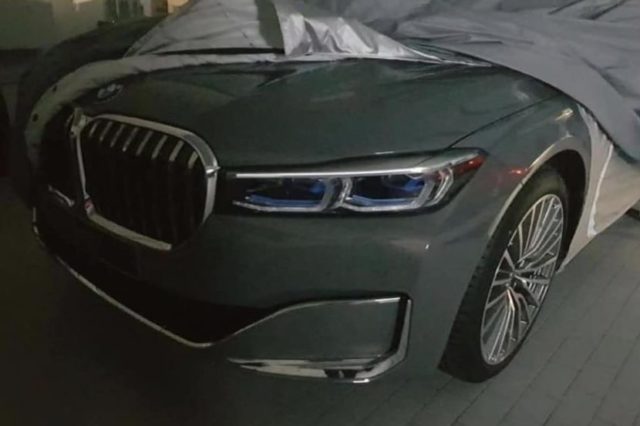 Details of the interior are scarce at the moment, but it would be safe to expect a revision of the features list and upholstery. Specifications of the petrol and the diesel trims are also under a wrap, but the present plug-in hybrid variant will make way for a new version that will be called ‘745e iPerformance.’

The outgoing hybrid version, which has been known as the 740e iPerformance, comes with a powertrain with a total power output of 322 hp. On the other hand, the new model will offer a higher power of at least 400 hp. In spite of this increment in performance, the driving range will also see an increase from the claimed 29 miles span to as much as 35 miles. BMW could bring the new hybrid variant of the 7’er to India with the introduction of the 2019 BMW 7 Series facelift.

The new BMW 7 Series facelift will make its European market debut in 2019, with sales expected to start in the second half of the year. Its India launch, however, won’t happen before mid-2020.