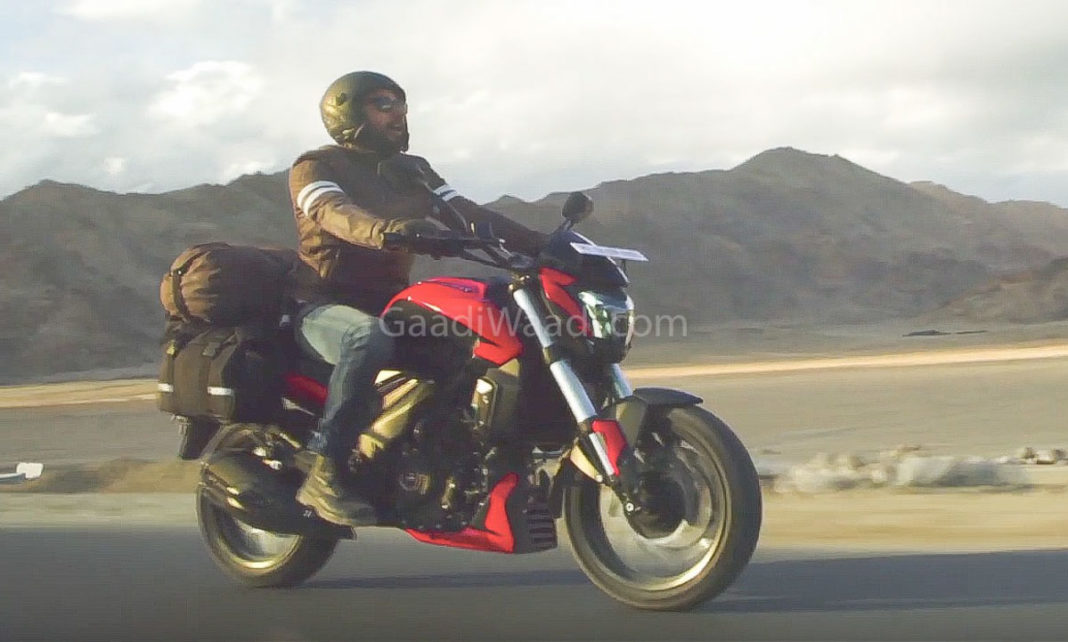 We have continuously been reporting about the arrival of updated Pulsar and Avenger series to the dealerships with ABS ahead of their impending official launch. Bajaj Auto has had a tremendous 2018 in terms of volume sales due to the price reduction and noticeable new variants of the popular models.

However, the Dominar 400’s fortunes could not be revived and it was only exacerbated, although marginal, following multiple price hikes. The largest motorcycle exporter in the country is enduring good response for Dominar 400 in the international markets but its local sales are as much important for it to have a sustained presence.

Thus, Bajaj decided to add substantial updates to the Dominar 400 for 2019 when compared to other models and it has been teased for the first time officially. As you can see in the teaser, the major inclusion is the more expensive upside down front forks in place of the conventional telescopic unit while the rear continues to have the monoshock setup. 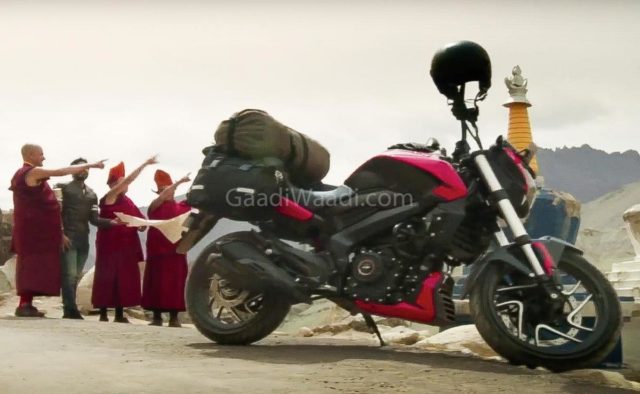 USD forks are known to further enhance the overall ride quality and we will have to wait and see how big a difference it makes on the Dominar 400. The revised exhaust system comprises of a dual port outlet with the catalytic converter built in while the fully digital instrument console, both primary and secondary display mounted on the fuel tank, get a number of updates to display more information such as average fuel efficiency among others.

It is yet unknown whether the 2019 Dominar 400 will have its performance tweaked or not, but expect it to be tuned for more refinement in the lower rpms. The existing 373.2 cc single-cylinder liquid-cooled fuel-injected powertrain is good enough to produce 35 PS maximum power and 35 Nm of peak torque. 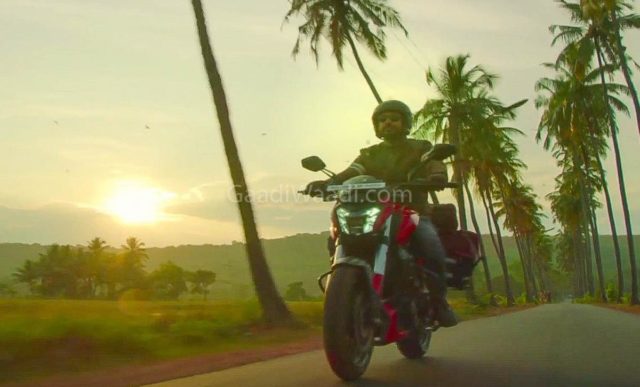 It is connected to a six-speed transmission with slipper clutch as standard fitment. It is important to note that the Dominar 400 already offers dual-channel ABS safety net. Expect the price to be around Rs. 1.80 lakh (ex-showroom) when it officially goes on sale.