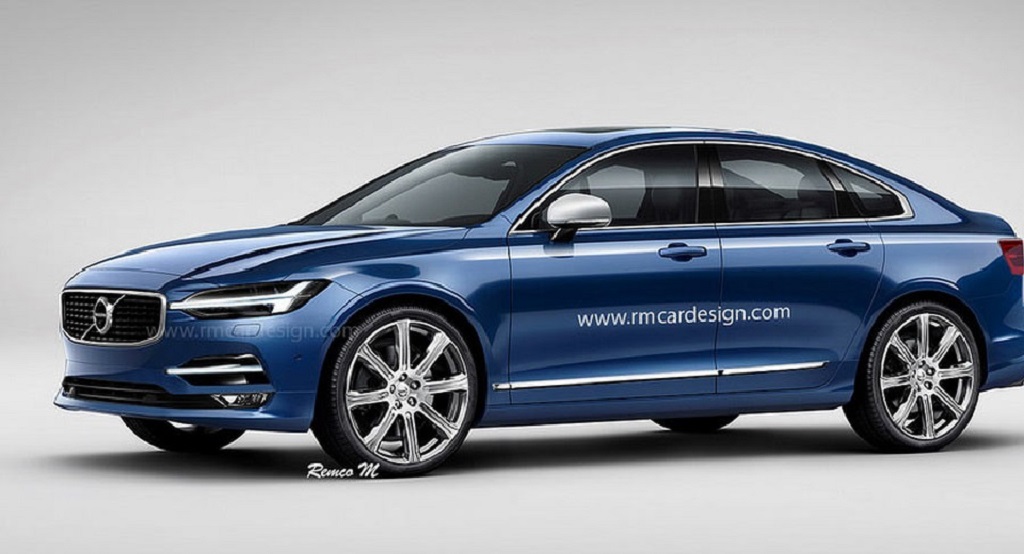 2018 Volvo S60 rendered image gives a glimpse into what can be expected in the next iteration of the luxury sedan competing against A4, C-Class and XE

The Volvo S60 is one of the globally top selling models from the Swedish automaker. The company has grown leaps and bounds in recent times with the new design language, luxurious appeal and posture taking the fight to mighty German trio of Mercedes-Benz, Audi and BMW. We drove the latest generation XC90 flagship luxury SUV a few months ago and were very much impressed.

The success of Volvo lies in two other main factors namely the peculiar Scandinavian interior touches and the safety technologies pioneered by the them in various aspects of pedestrian safety, night vision and the in-car accessible connectivity. All these unique factors make Volvo a standalone brand for all the good reasons. Let alone the new family of small displacing fuel-efficient engines add to the stellar list of ticking-the-right-boxes. The new XC90 and the V90 have acted as the foundation for the Chinese-owned Volvo in terms of new design philosophy but the next generation S60 sedan will pose a stern challenge for the engineers back home in evolving the luxury model. It features in a hotly contested luxury space that has competitors like Audi A4, best-selling Mercedes-Benz C-Class, BMW 3-Series and the Jaguar XE in India.

Not only in our domestic markets, these models give a strong race in international scenes too and some cars that can be added to the nemesis list of the Volvo S60 in foreign markets are Alfa Romeo Giulia, the forthcoming and much advertised Tesla Model 3 and Infiniti Q50.

So in order for the next generation S60, criticised for aging looks, to succeed and emulate other products in the portfolio, the styling has to be drop-dead gorgeous or to the least stick with the current design ethos the brand adopted on its vehicles. The existing S60 cannot be concluded as an average product but the competition has brought in more aspects over the years that Volvo needs to master and get ahead of with the next incarnation.

The rendered image from RM CarDesign has exterior heavily influenced by the latest Volvos with Thor Hammer LED headlamps, a more matured front fascia, plain yet attractive character lines and creases, etc. If the new S60 will look something as stunning as this, we would predict a good number of buyers inclining towards it.