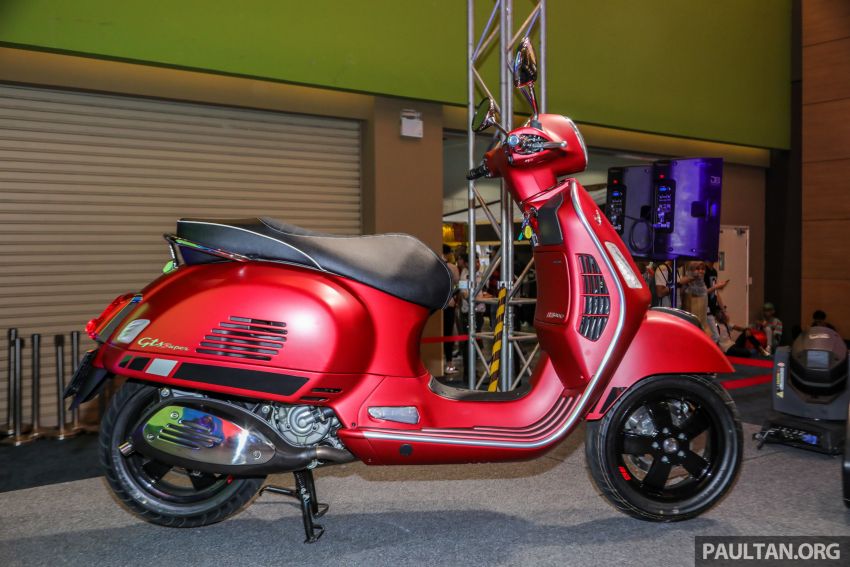 Naza Premira which happens to be the Official distributor for the Vespa brand in Malaysia has recently introduced three new scooters in their market. The three scooters which were introduced recently are the Vespa Primavera 150, Sprint 150 and the GTS 300 Super Sport.

The Vespa Primavera 150 received some significant updates for the year 2018. The scooter rolls on 12-inch aluminium alloy five-spoke wheels which actually looks really sporty on the scooter. The scooter is also available with three color options which include Beige Metallic, Nero Vulcano and Monto Bianco.

The Primavera 150 is powered by a single-cylinder four-stroke 150 cc i-get engine which produces about 12.7 hp of peak power at 7,750 rpm and 12.8 Nm of torque at 6,500 rpm. The good thing is that Vespa is offering a range of accessories as an option along with this model. The Primavera gets storage boxes, backrest, parcel rack, and many others interesting accessories.

The Vespa Sprint on the other hand also powered by the same 150 cc unit which powers the Primavera 150 as well. Just like the other scooter the Sprint also is offered with plenty of color options including Blue Matt, Monte Bianco, Rosso Dragon dan Grigio Titantio. 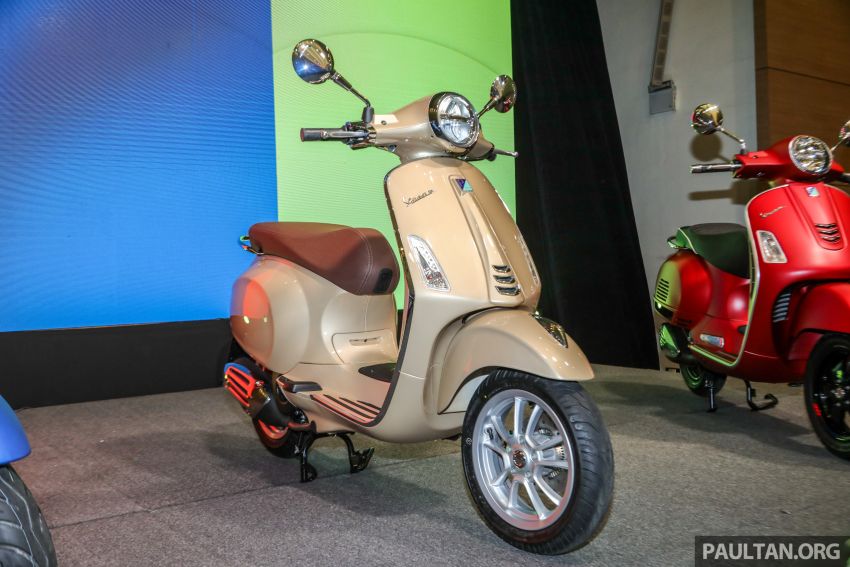 Vespa too is also offering a number of accessories on the Sprint scooter as well including model specific luggage, windshield with the Vespa logo, a different set of front and rear mudguards. Along with all these following accessories Vespa also offers new two-tone alloy wheels with ‘Sport’ graphics. 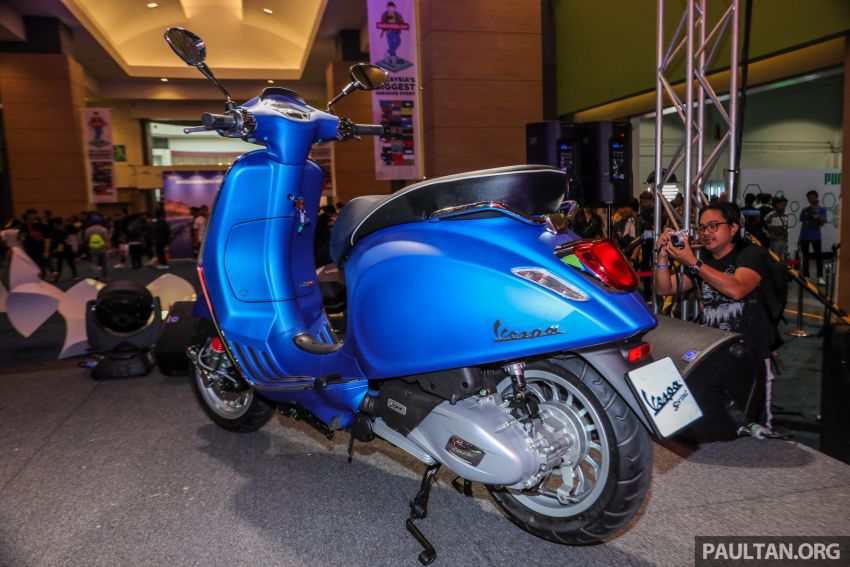 To keep the rider safe the scooter is also available with traction control and ABS as standard. The 2018 model also received refreshed graphics. Colour options for the powerful scooter include Red Matt and Grigio Titanio.

The Vespa lineup of India currently consists of the SXL125, VXL 125, Vespa, SXL150, VXL 150 and the Elegante 150. There is a fair chance that Vespa might add some new scooters to their lineup soon which might attract some new customers to their brand.