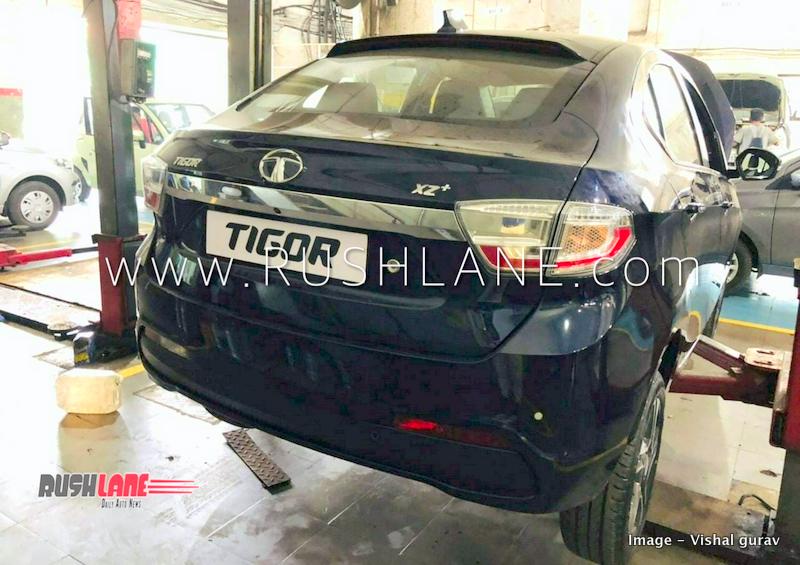 The Tigor Compact sedan gets few cosmetic updates on its exterior as well as interior while there will be no changes under the hood.

Tata Motors will be launching the Tigor compact sedan on 10th of October 2018. The Indian auto manufacturer has already dropped a couple of teaser videos earlier which revealed the car’s front headlamp and rear taillamps. Recently the soon to be launched 2018 Tigor was spied completely undisguised during a TVC shoot which gives us a sneak peek of the compact sedan even before its launch.

The Tigor as you can all notice in these clear images gets updated front headlamps with projector units and a clear lens taillamp unit. The front section also features a slightly tweaked grille with a new chrome underlining which offers a premium touch to the front profile. Some other noticeable exterior changes include an addition of a new dark Blue color accent which will be available with some other exterior color options including Pearlescent White, Berry Red, Espresso Brown, Titanium Grey and Platinum Silver.

Apart from the changes to the exterior, the updated 2018 Tigor gets a new slightly larger 7-inch touchscreen infotainment system integrated with Android Auto and Apple CarPlay while you can also expect new aluminum inserts to the center console. Last but not least it also gets a new shark fin antenna which was missing earlier and new alloy wheels as well.

For the safety of the passengers inside the Tata compact sedan gets dual front airbags, ABS, EBD and also some other safety features including corner stability control and also rear parking sensors. The new slightly bigger screen on the dashboard doubles up and acts as a display for the rear parking camera.

As far as the mechanical changes are concerned the 2018 Tigor will continue with the same 1.2 liter Revotron petrol engine and a 1.05 liter Revotorq diesel engine. Both the engine gets paired to a 5-speed manual transmission while there is also an AMT transmission available as well with the petrol variant. 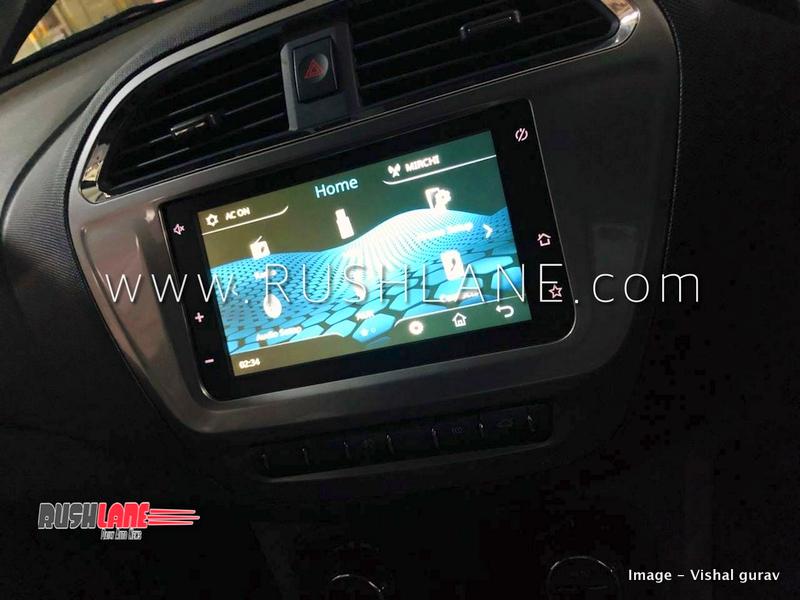 According to the latest report, the Tata Tigor will also get a new top-end trim which will be priced slightly higher than the current top end and will be loaded with all the high-end features.