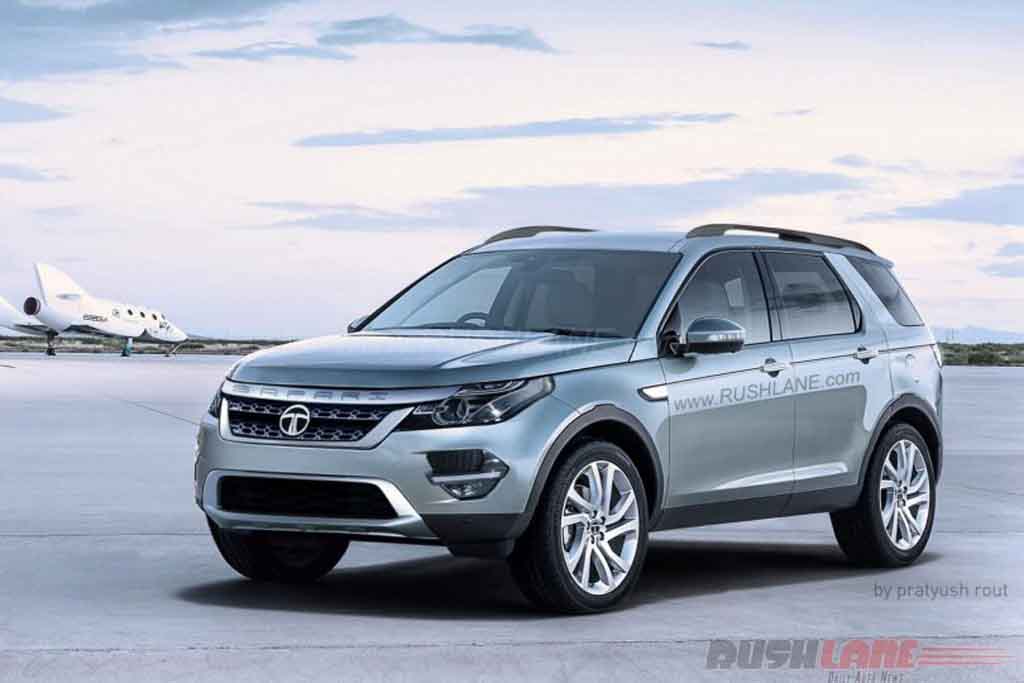 Tata Safari has been the flagship SUV of the Indian auto manufacturer for quite long time since its launch in 1998. The car has been one of the aboriginal Indian SUVs in the country. Now with nearly two decades past, the company is planning to give the car a major overall with a new design. With the Land Rover being the subsidiary of Tata Motors, the next generation Safari is expected to come bearing design cues from the British marquee designed cars.

Here we have a rendering image published by Rushlane, which gives us a speculative preview of the 2018 Tata Safari. The car comes with a very stylish design compared to the outgoing model, and the Land Rover design inputs are clearly visible. The headlamps, front grille, front bumper, side profile and even the rear fascia also comes completely redesigned, very much Land Rover Discovery inspired. The next generation Tata Safari might come different looking, but it will be based on the same L550 platform, which the outgoing model is based on. Instead of being an Indian SUV Tata Motors is planning to make the Safari a global car. The car is supposed to come sporting several upmarket features inside the cabin, and lot safer also. Expect the Land Rover Discovery inspiration to continue inside the cabin as well. Expect the car to come featuring a 7 occupant seating layout.

The powertrain also is very likely to receive change. Presently, the car comes powered by a 2.2 litre engine, which is very powerful to take on rough road challenge. The 2018 Tata Safari will come powered by a new downsized 2.0 litre diesel engine, which is likely to be sourced from Jeep. This engine could churn out around 150 hp of peak power and 320 NM of peak torque.