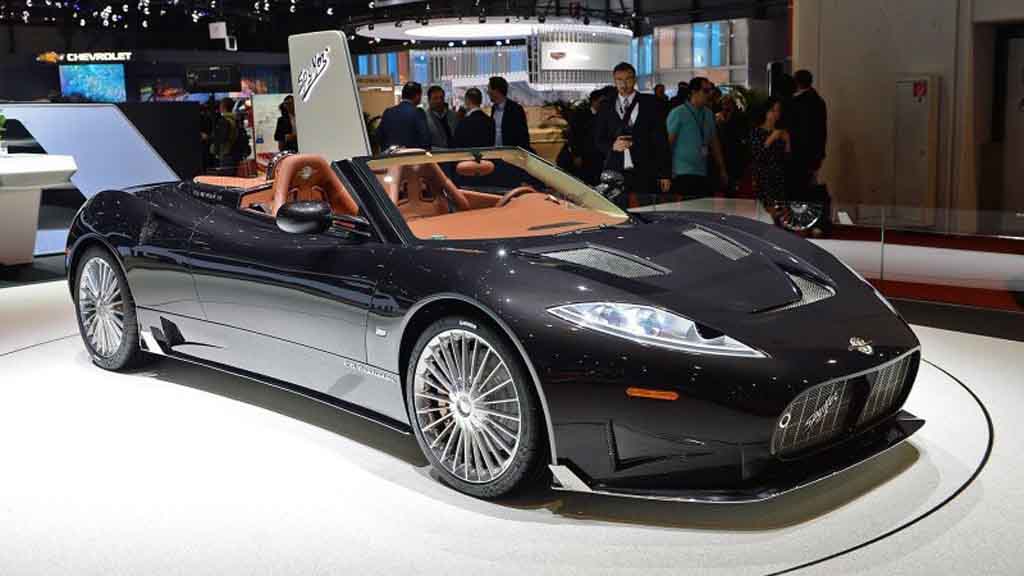 Dutch automaker Spyker has debuted its all-new C8 Preliator Spyder at the 2017 Geneva Motor Show. The luxury drop-top comes as a low-production premium luxury model which uses extensive amount of carbon-fibre in an attempt to reduce weight and enhance strength. The car will go on sale from this summer at a price tag of $430,000, which is equivalent to Rs. 2,87,08,950.

While the design of this luxury convertible grabs attention at the very first glance, the powertrain under the hood is surely a something to drool about. The new car ditches the previous Audi sourced 4.2-litre supercharged engine that has been doing duty in the C8 since 2000 and employs a new 5.0-litre V8 engine produced by Koenigsegg. This engine is capable to churn out massive 600 hp peak power and 600 Nm of peak torque. 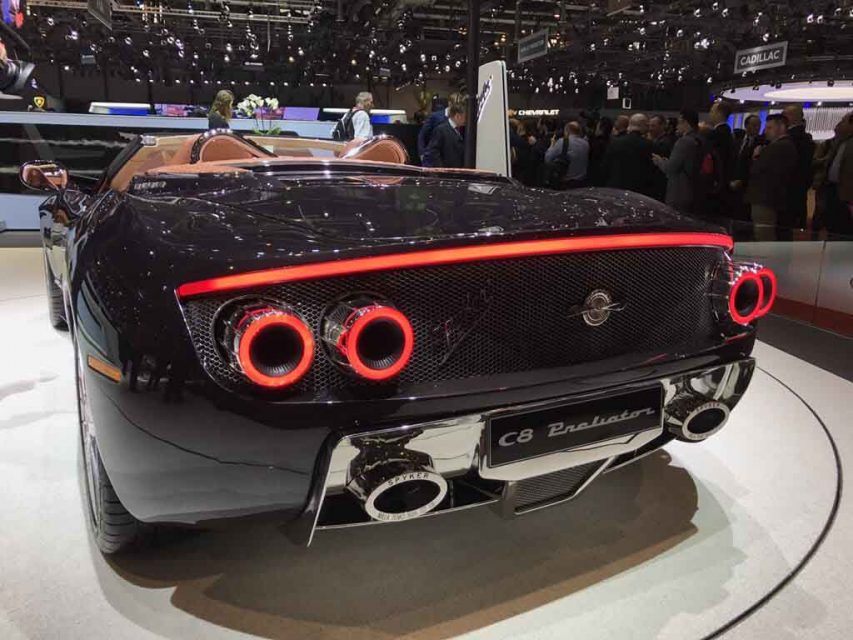 Transmission duty in the new Spyker C8 Preliator Spyder is done by a 6-speed manual gearbox. The previous model was capable to reach a top speed of 323 kmph and the new model is likely to reach further. The Dutch automaker will manufacture this convertible at the Coventry assembly plant in England and around 100 units will be produced every year.

Speaking about the design, the convertible comes with a flowing style. The front fascia incorporates a large radiator grille, while the laid back LED headlamps looks sleek and sharp. At the side profile, the car reflects elegance and a flowing design combined with masculinity visible through the large wheels. The cabin also reflects premium luxury through the design, materials and features.

Spyker launched the C8 Preliator coupe a year ago, with its production limited to 50 units only. At the Geneva Motor Show, Spyker and Koenigsegg have announced their collaboration to use the powertrain. Interestingly, the collaboration between these two brands goes long back.