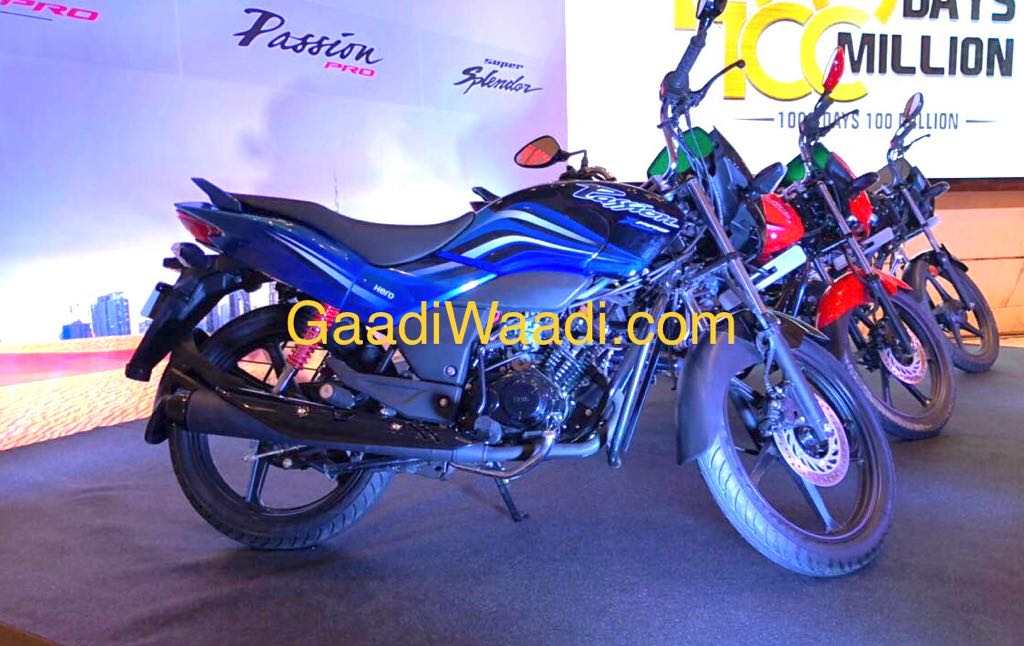 We all know that Hero MotoCorp has been all-pumped to introduce brand new products in the Indian market from base end of the spectrum to the premium category. In an exclusive story, we reported that the new Passion Pro would be revealing on December 18 and we were right. It was a triple delight as the Pro indeed arrived with its XPro sibling and 2018 Splendor.

All the three models are officially on sale in India right now. These launches have kick started an array of new products planned for this financial year as Pawan Munjal, Chairman, Managing Director and CEO of the company stated to the media earlier. The largest two-wheeler manufacturer in the country also introduced the Xtreme 200 S at the 2018 Auto Expo in February.

The XPro was discontinued back in March and now re-emerges in the market. It uses a slightly bigger engine as the 110 cc unit from its Splendor cousin now powers the motorcycle. It features iSmart start/stop technology for automatically turning off the engine when idle and switching it back on at the dab of the clutch.

The three new models will play pivotal role in Hero’s aim of selling 100 million motorcycles overall by the end of this decade. Hero currently has over 50 percent share in the Indian bike market and a staggering over 75 percent in the 100-110 cc space.

Here is everything you need to know about the newly launched 2018 Hero Passion XPro:

The pricing is a little higher than the 100 cc version at Rs. 54,189 (ex-showroom, New Delhi). It is well-equipped on its return to the market as the iSmart XPro has good looks to back up the pricing with improvement to subtle details. Front disc brake is offered as an option.

The 110 cc engine delivers 9.5 PS power at 7,500 rpm and 9 Nm of maximum torque at 5,500 rpm in the Splendor. The TOD (Torque On Demand) motor is developed completely in-house by Hero and is being expanded into the range.

There is no change in performance numbers on the XPro and the BS-IV compliant engine is connected to the same four-speed constant mesh transmission. No other mechanical changes have made as the 2018 Hero Passion XPro iSmart 110 continues to ride on the tubular double cradle frame.

The big differences between 2018 Hero Passion Pro and Passion XPro are as follows: The Passion XPro is three kilos heavier and has a longer swingarm while the suspension has been made slightly stiffer. The design of the single-piece seat is also different comparatively and the fuel tank is slightly smaller at 9.2 litres. 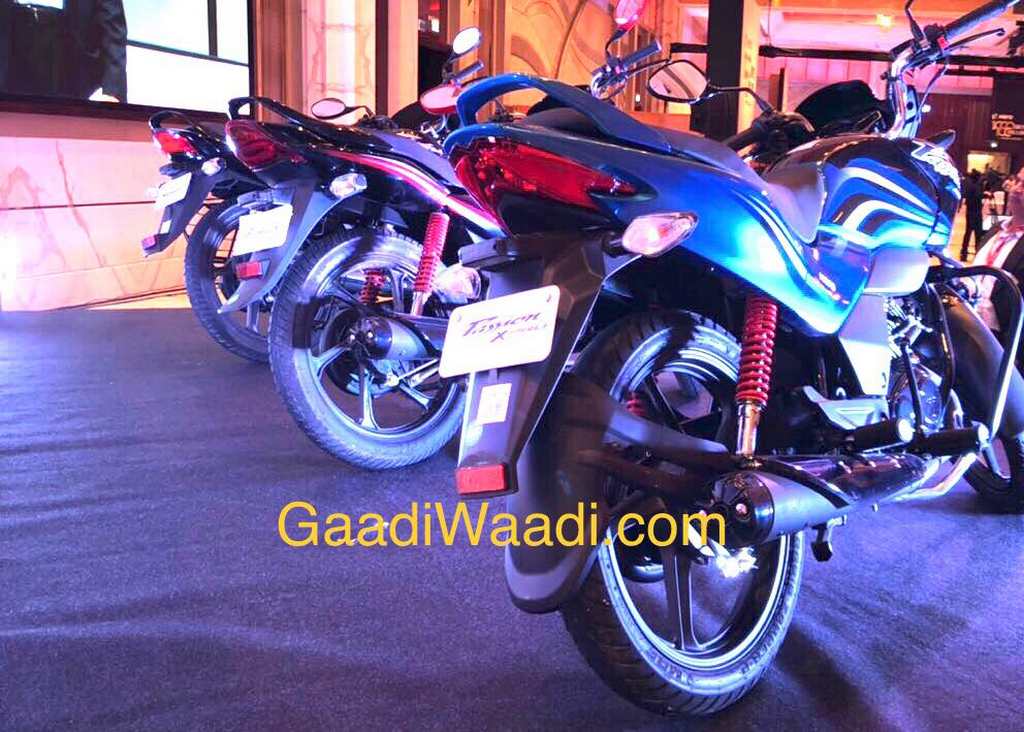 Courtesy of the iSmart technology, we can expect higher fuel economy when compared to the regular Passion Pro while the ergonomics will stay similar to its 100 cc sibling. Although exact ARAI-certified figures are not known, we expect it to be around 80 kmpl or little more.

It doesn’t remains visually similar to the old model as the headlamp has been made more sharp with the cowl having an edgy look. It also comprises of attractive body graphics, new silencer, updated turn indicators and new speedo with i3S significance.

The XPro’s design will have takers considering the popularity of its regular sibling and it comprises of all the standard goodies like electric start function, switchgear from familiar Hero parts bin, a part-analogue part-digital instrument cluster, etc. It also gets flush fuel lid, new shrouds, new two-tone mirrors, LED tail lamp and Auto Headlamp On (AHO) function. 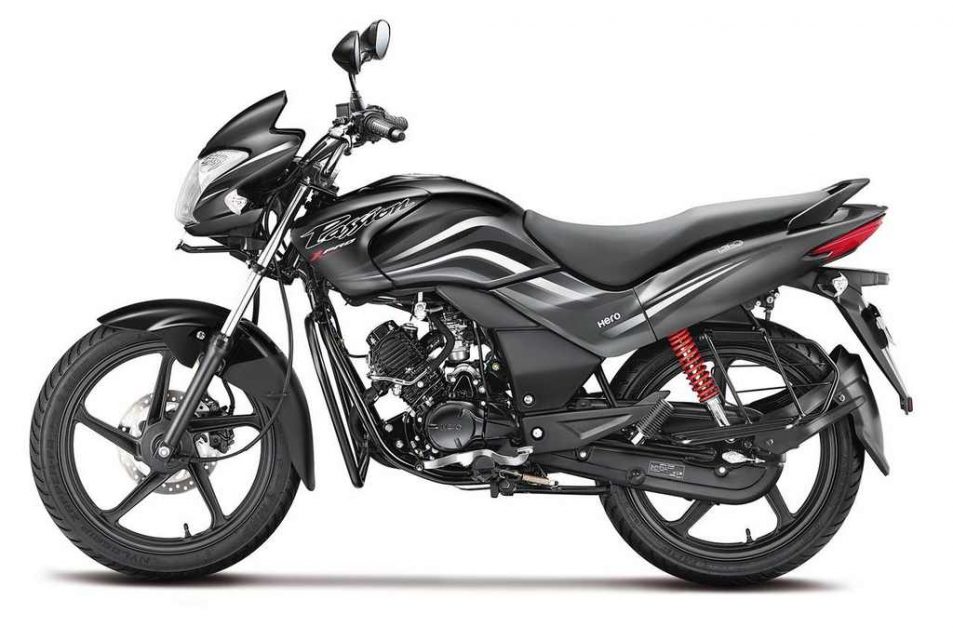 It is sprung on the telescopic front hydraulic shock absorbers and swing arm with five-step adjustable hydraulic shocks at the rear. The 110 cc Passion XPro comes in two variants: one with drum brake setup and the other with front disc brake. It comes equipped with tubeless tyres wrapped in 18-inch spoked wheels. 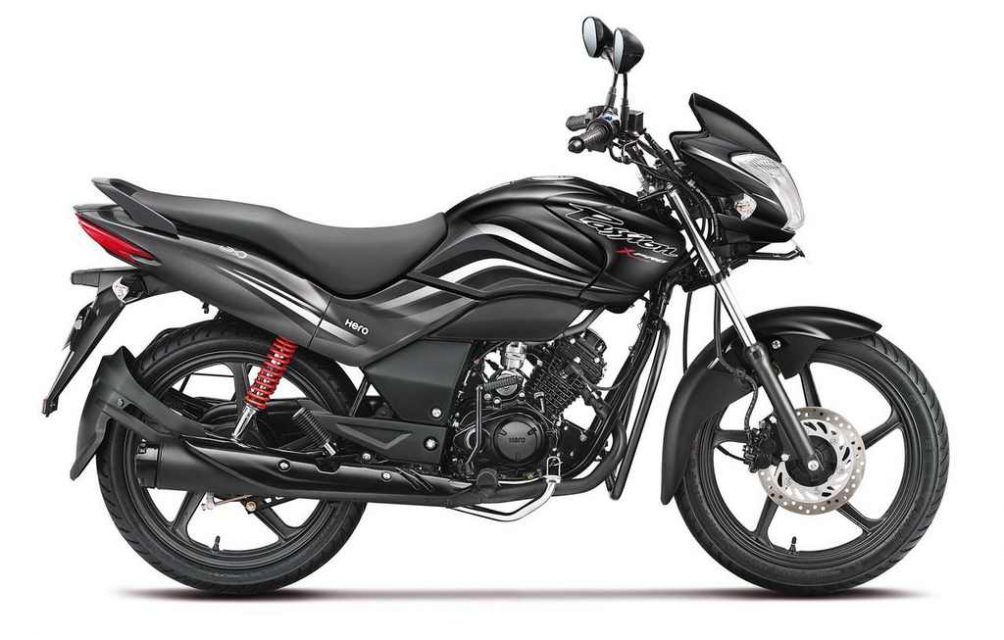