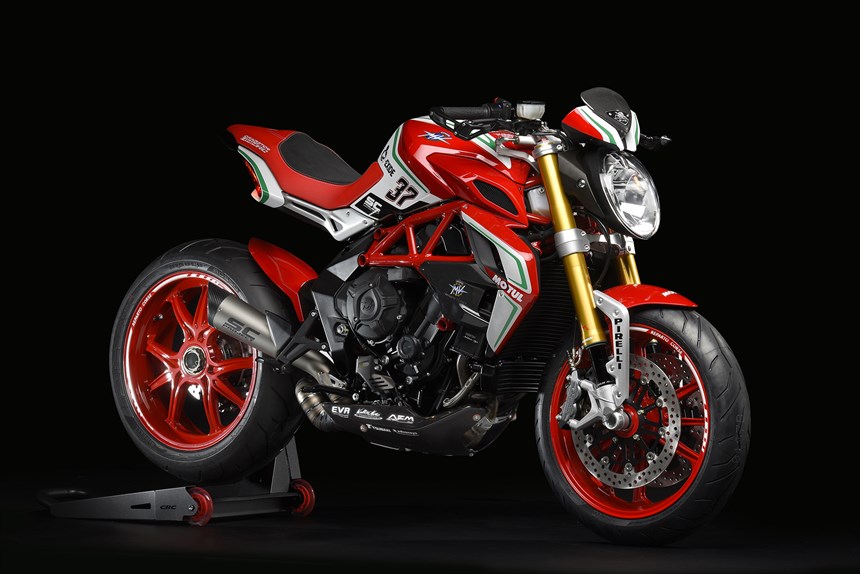 The 2017 edition of the EICMA motorcycle show is all set to take place next month in Milan, Italy and numerous bike manufacturers are geared up for the same. The exotic Italian bike manufacturer MV Agusta also has some interesting plans for the upcoming motoring exhibition. The company will showcase multiple models and one of them will be the Dragster 800 RC. The motorcycle will be produced in limited numbers and only 350 units will see the face of the production lines.

Starting off with the prime changes, the MV Agusta Dragster 800 RC will be launched with a sporty SC Project exhaust system. The new set up meets Euro-IV emission norms and has a new valve upstream to serve the purpose of delivering a louder note. The motorcycle also looks different and premium in comparison to the standard model as it comes drenched in red and white with the addition of branding stickers on the body. 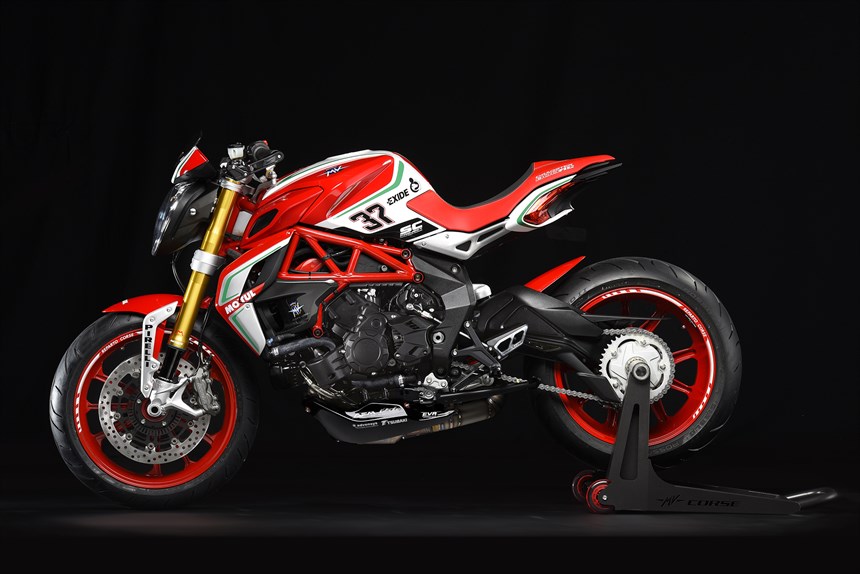 The free starter motor wheel of this motorcycle has been replaced as the said part has shown problems in terms of reliability in the past. The counter bore has been designed again and the new transmission in the bike gets a more refined clutch. The side engine covers of the bike have been redesigned in order to minimise the noise and damage in case of an impact.

Talking of electronics, the MV Agusta Dragster 800 RC receives an eight level traction control system. Besides, the bike also gets different engine mapping for an enhanced performance. The Dragster 800 RC has been assisted with an improved EAS 2.0 electronic gearbox operation logic so that the gearshifts are faster and smoother than before. 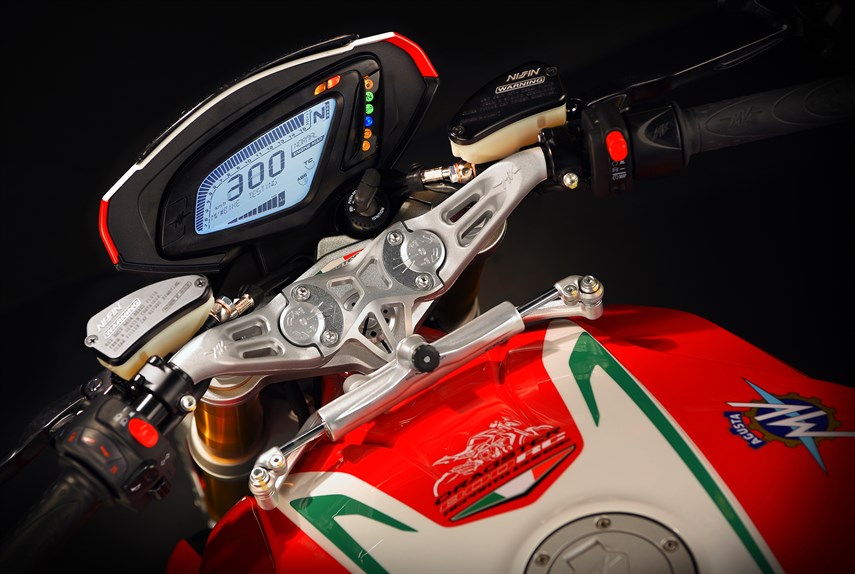 Talking of powertrain, the 2018 MV Agusta Dragster 800 RC draws its power from a 798cc, three cylinder engine that comes mated to a six-speed gearbox. The fuel injected mill is good for churning out respective power and torque figures of 140 bhp and 86 Nm.

As far as pricing is concerned, the figure for the 2018 MV Agusta Dragster 800 RC will be revealed at the motor show only. The price of the previous version of this motorcycle stood at 21,990 Euros.