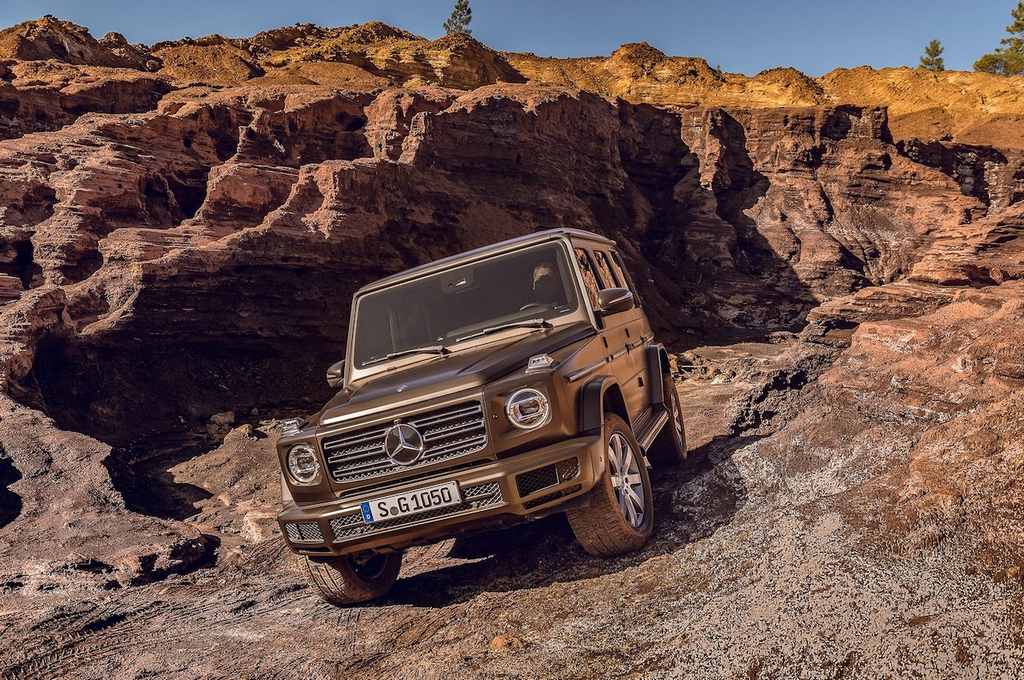 Mercedes-Benz has finally premiered the new G-Class publicly at the 2018 Detroit Motor Show in Michigan. The evolutionary G-Class comprises of both cosmetic and changes on the inside. Stepping in the cabin, there is a brand new dashboard equipping the wide display technique in the latest Mercedes vehicles but the essence of the G-Class with robust styling and its off-roading credentials have not been deteriorated.

Its utilitarian characters are there to behold with grab handles in front of the passenger and of course the sober lines. Mercedes-Benz could have found it really hard to replace an icon that should live up to its past glory but the German luxury auto major seems to have identified the sweet spot without playing around much with its important strengths. Thanks to use of lightweight aluminium materials, the curb weight has been reduced by 170 kilos compared to the outgoing model. 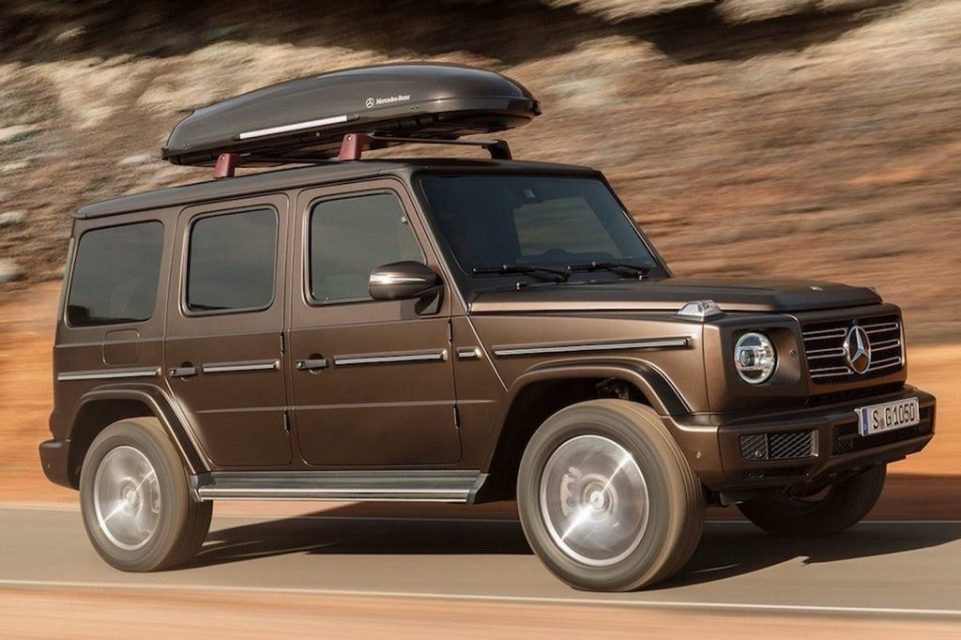 The pictures show us the latest switchgear existing in other models from the brand. It adopts circular AC vents and there are three chrome-accented switches for locking the differentials. They are present in between the central air cons and the brand new three-spoke multi-functional steering wheel derived from the present-day flagship S-Class.

The digital display will be offered when it goes on sale at least as an option to bring in a modernised vibe. As for the exterior design, it retains the signature silhouette along with minor changes but the biggest updates lie underneath. It features round-shaped headlights, large wheel arches, triple-louvre radiator grille, boxy windows and quarter glass, rectangular rear LED tail lamps and spare wheel mounted on tailgate, etc. 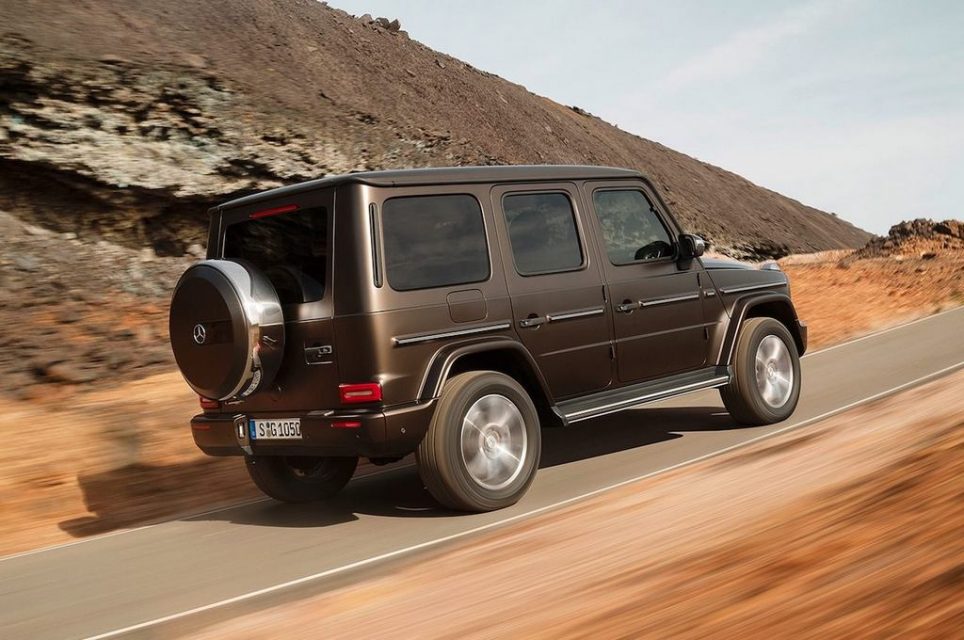 There are also presence of two removable cup holders for centre console and round air vents similar to the round-shaped headlamps. Due to the new ladder chassis, the upcoming G-Class looks wider while the suspension components have been updated with new independent unit, besides the inclusion of revised adaptive dampers.

Because of the latest architecture, it features advanced assistance systems for providing better safety and comfort. The steering wheel itself is brand new and customers get treated with carbon fibre or metal accents alongside wooden trim and leather upholstery. It comprises of heated seats, illuminated area underneath the armrest and seven-speaker audio system. 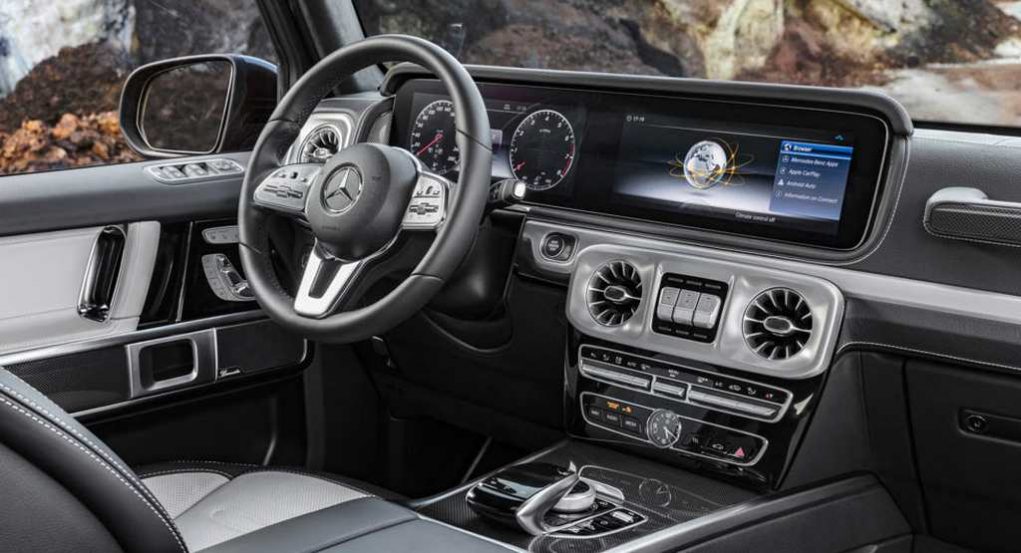 As standard, the new G-Class gets analogue gauges while the optional digital instrument cluster has 12.3-inch display which combines with the 12.3-inch infotainment display for a wide look. The optional list will contain 16-speaker Burmester surround sound system and Active Multicontour Seat package. 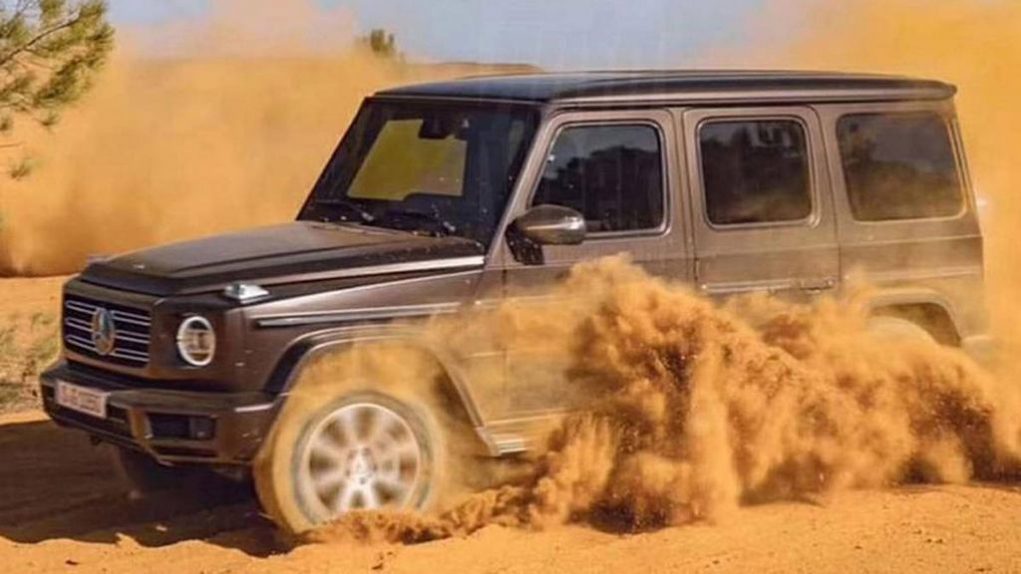 Along with the new G-Class’ arrival, Mercedes-Benz suspended the older model in a cube of amber denoting its antique presence and toughness. The legendary off-roader has not endured any major design overhaul since the late ‘70s and the new model looks set to change all that with increased cabin space and addition of advanced technologies.

The rear passengers will now have 150 mm of additional legroom. Despite the rather evolutionary exterior, everything under the bonnet sees revisions like the new powertrain lineup and mechanical changes like the independent front suspension. It is expected to get a new 2.9-litre six-cylinder diesel and a 3.0-litre six-cylinder turbo petrol engines soon after its initial launch. 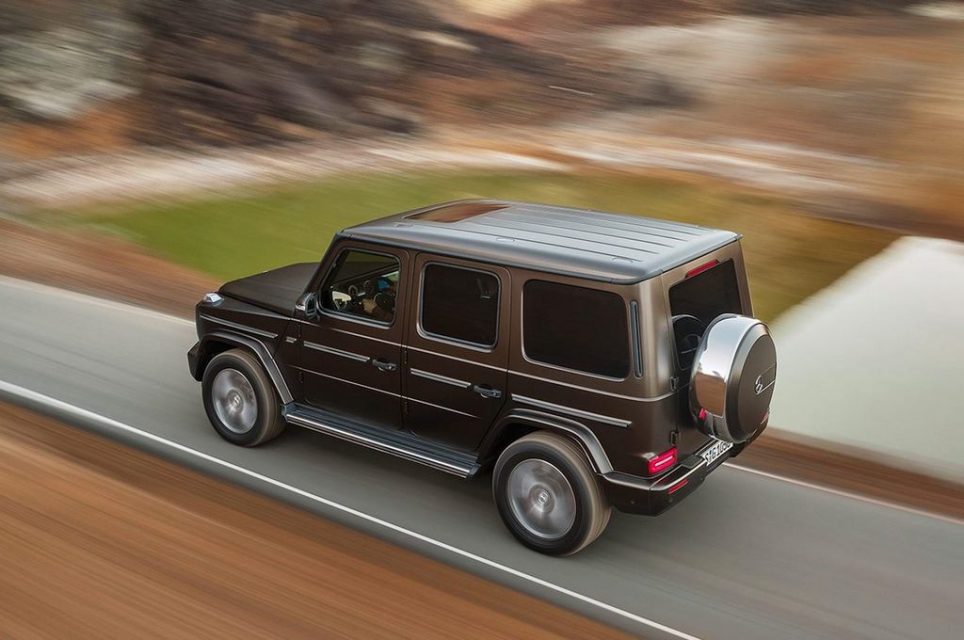 A number of changes have been made to reduce NVH level. At the launch, it will be made available with a twin turbocharged 4.0-litre V8 engine that kicks out 416 hp and 609 Nm of peak torque. While a pure electric variant can be expected only in the near future, a mild-hybrid unit could be introduced in the years to come. 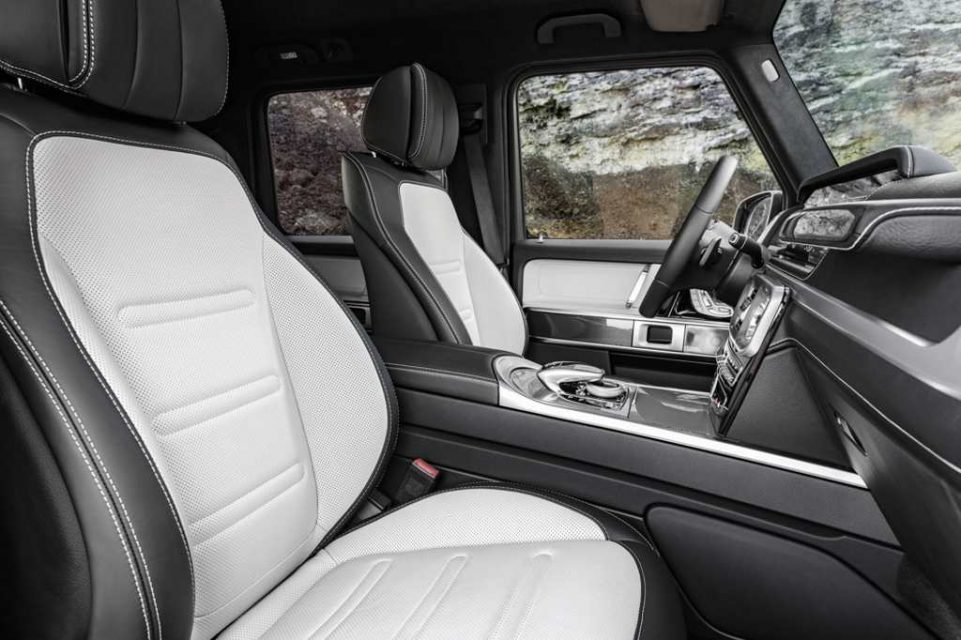 The all-new G-Class rides on a ladder-type frame and comes equipped with three 100-percent differential locks while the transfer case, AMG-tuned suspension and rear axle are also new along with a G-mode which alters parameters for better off-roading. It has approach and departure angles of 31° and 30° as well as a maximum fording depth of 70 cm amidst boasting a 26° breakover angle and 241 mm of ground clearance between the axles.

Built by Magna Steyr in Graz, Austria the new G-Class will enter worldwide showrooms later in the year and it could reach India by the ending months of 2018. Transmission duties are done by a new nine-speed automatic unit that sends power to all the four wheels.