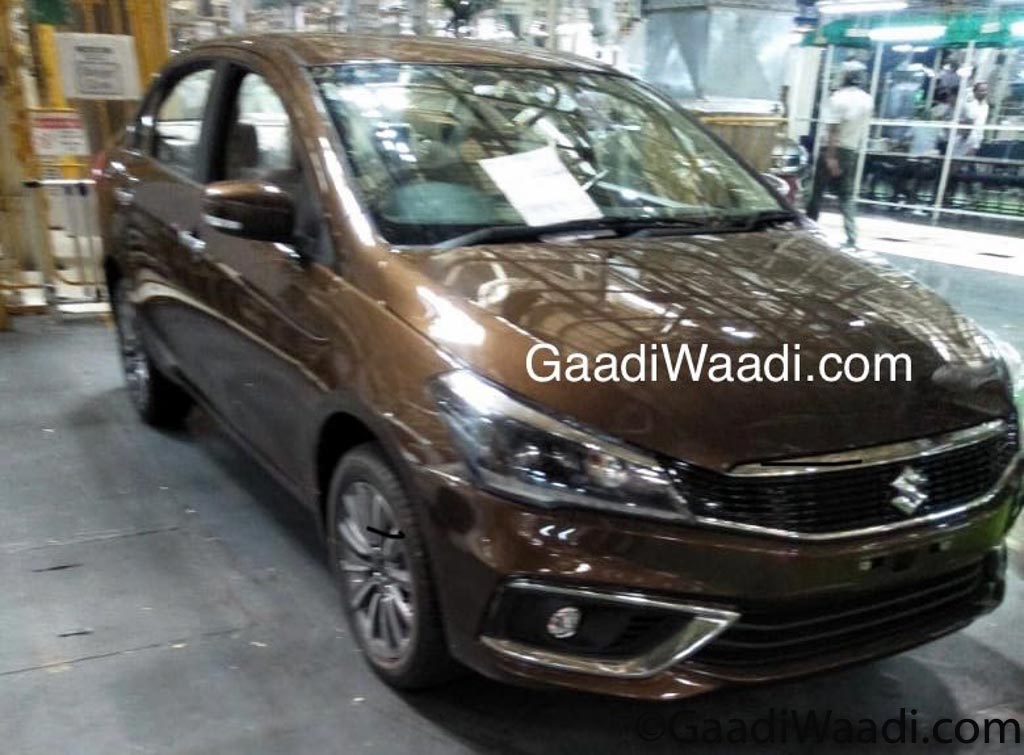 Maruti Suzuki India Limited will be launching its updated version of the Ciaz C-segment sedan in the domestic market next month and it has been seen dispatched to Nexa dealerships. The 2018 Ciaz is undoubtedly one of the popular models in its segment but due to increase in competition, a definitive facelift was needed and needless to say the company has fittingly responded.

The facelifted Ciaz has again been spotted by us but this time in Pearl Metallic Dignity Brown colour. The obvious chrome embellishments can be clearly witnessed up front courtesy of the brown body shade. The front fascia gets a number of cosmetic changes including a new grille with horizontal dashed line, while the headlamps have become sharper with integrated LED Daytime Running Lights.

The Suzuki logo is firmly positioned at the centre of the grille with chrome garnishing all around. The front bumper is completely revised with wider air intake and pronounced fog lamp housing. With Maruti Suzuki opting to not go with any revisions to the sides, the rear end does get it fair share of updates as well.

The tweaked LED tail lamps have new graphics accompanying the restyled bumper, amidst the rear glass area and the boot structure remaining identical to the outgoing model. The interior is adorned in the same two-tone beige and black theme but gets a slew of updates to increase the upmarket feel of the sedan. The steering wheel with mounted controls allows for cruise control function, while the dashboard gets faux wooden inlays. 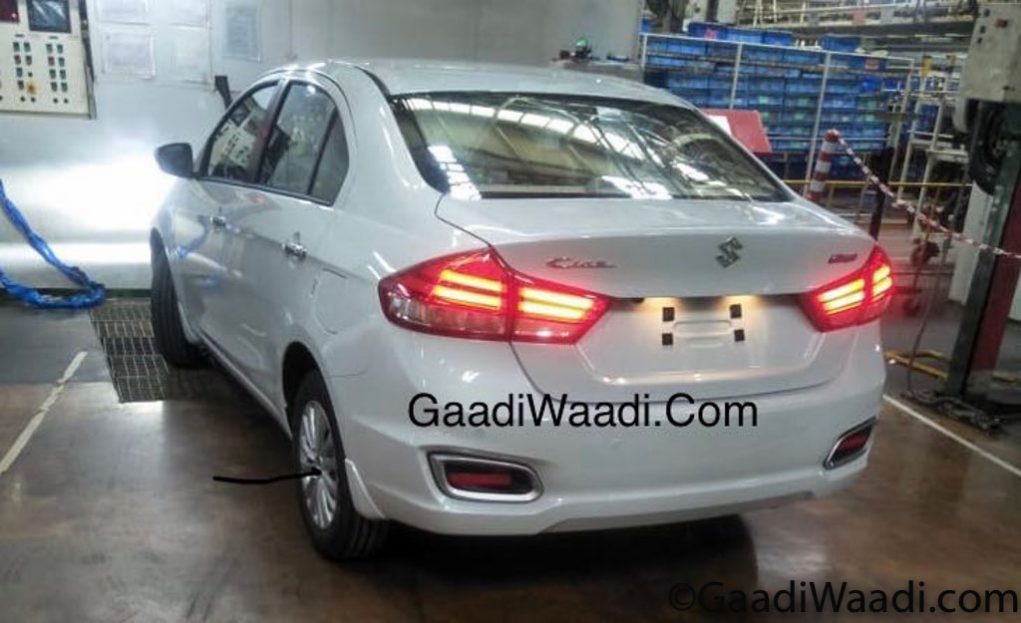 The updated instrument cluster has new needles and repositioned fuel indicator. Besides the cosmetic and feature additions, another big change can be found under the bonnet. The 1.4-litre k14B petrol engine is ditched in favour of an all-new and more powerful 1.5-litre K15B SHVS petrol unit that is good enough to develop a maximum power output of 104.7 PS at 6,000 rpm and 138 Nm of peak torque at 4,000 rpm.

It will also find its way into the new generation Ertiga launching later this year. The five-speed manual transmission will be offered as standard with customers having option to choose a four-speed automatic. The 1.3-litre DDiS diesel motor though will call it a day at least during the time of launch as buyers are largely preferring gasoline mills in the segment in recent times. 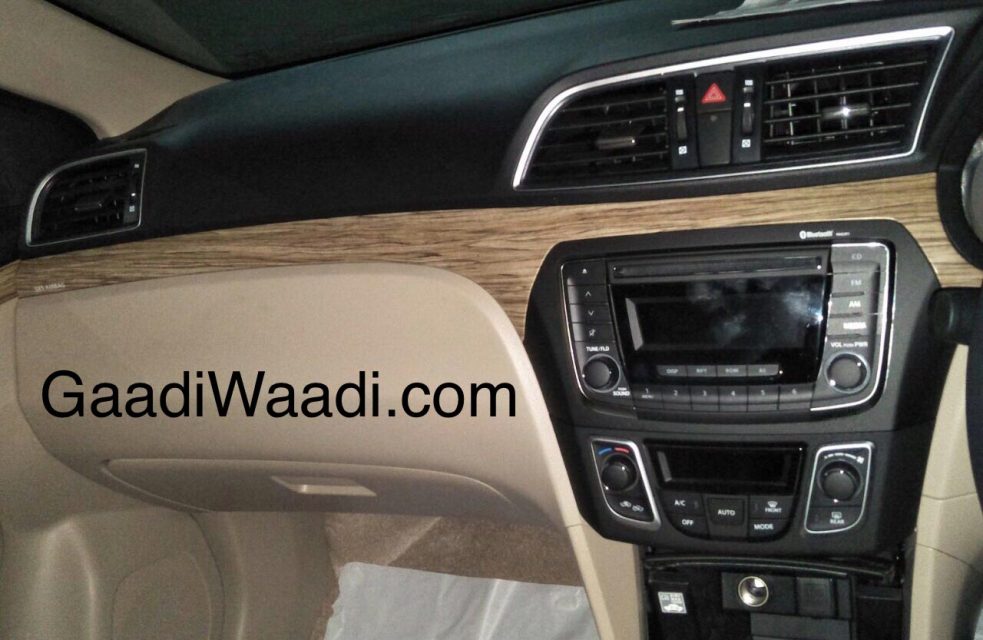