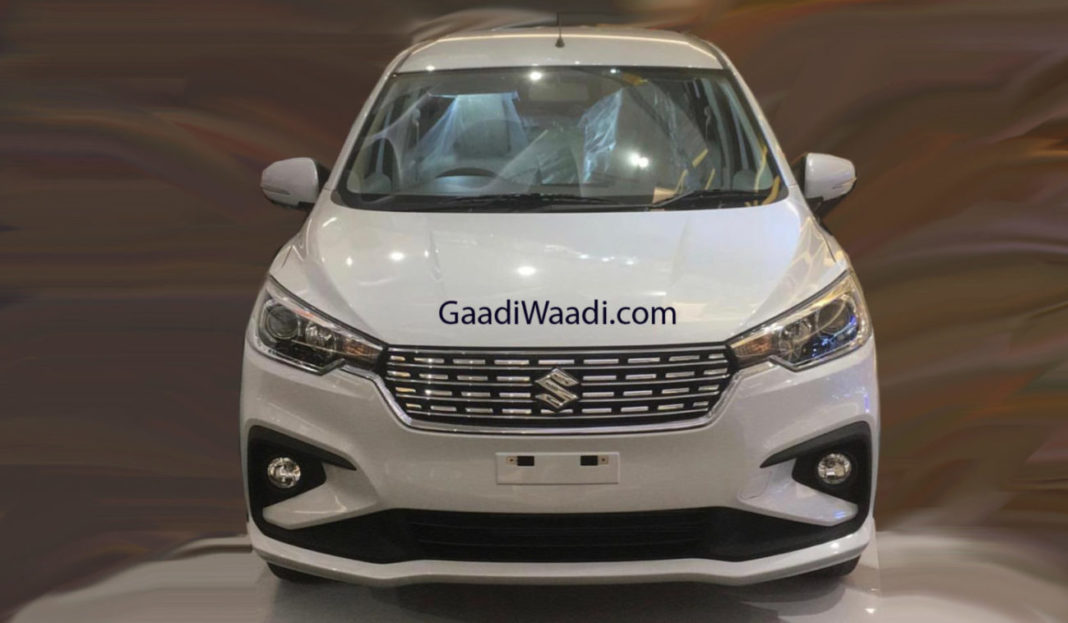 First batch of the 2018 Maruti Ertiga, which will launch on 21 November has started reaching dealerships

Gaadiwaadi learns that the first batch of the 2018 MarutiErtiga has been dispatched from the company’s manufacturing facility in Manesar and has started dispatching to the dealerships. The new generation MPV will launch on 21 November. It’s expected to be sold in a price range of Rs 7.25 lakh to 11.25 lakh.

The manufacturer is currently producing around a hundred units of the new MPV every day. The production will be ramped up once the new generation is launched later this month. The 2018 MarutiErtiga will be a significant upgrade over the current version.

The 2018 MarutiErtiga looks like it’s inspired from some of the latest Volvo models. The new model is 99 mm longer than the outgoing version. Also, it is wider by 40 mm and taller by 5 mm. However, it’s wheelbase, at 2,740 mm, remains unchanged. Still, the third row will be more spacious owing to the overall increase in length.

Powering the 2018 MarutiErtiga is the same diesel engine that powers the current model. It’s equipped with a 1.3-litre diesel DDiS engine that produces a maximum power of 90 PS along with a peak torque of 200 Nm. The engine comes mated to a five-speed manual transmission. Also, it benefits from a SHVS mild-hybrid system that helps enhance the fuel mileage. The petrol version is powered by the same 1.5-litre K15B motor that powers the recently launched Ciaz facelift. It produces 105 PS and 138 Nm. The transmission options include a 5-speed manual and a four-speed automatic. For the first time, the petrol version of the Ertiga have a SHVS mild-hybrid system that helps in optimizing the fuel mileage.

Underpinning the 2018 MarutiErtiga is the company’s Heartect platform that is shared with the Baleno, Ignis, Swift, and Dzire. Its interior will feature a touchscreen Smartplay system that will support Android Auto and Apple CarPlay. Other features will include a multi-function steering, push button start, keyless entry, ABS, dual front airbags, automatic climate control, rear AC vents, and more.