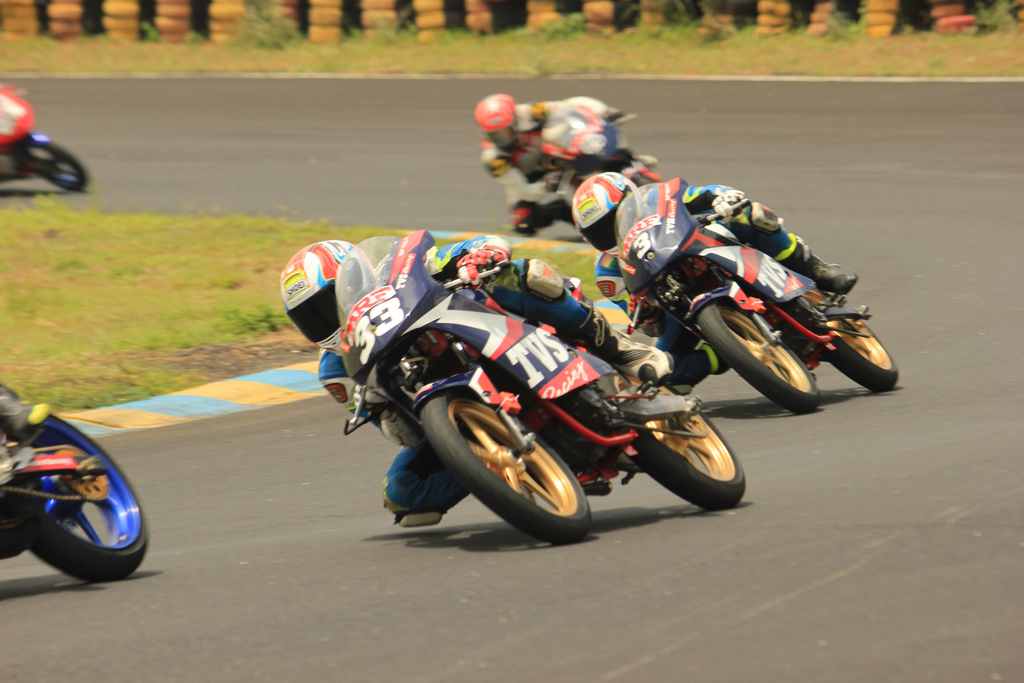 The 2018 INMRC (Indian National Motorcycle Racing Championship) season got off to a thrilling start as a wet race weekend greeted competitors and manufacturers at the Kari Motor Speedway in Chettipalayam near Coimbatore. TVS Racing had a star-studded lineup of riders with multiple national champion Jagan Kumar vying to maintain his consistent run of finishing on top step of the podium.

However, his protégé KY Ahamed rose to the occasion with a double victory in the Super Sport 165 Group B category. First race witnessed Ahamed battling with his mentor and national champion Jagan Kumar and win the race despite the inclement weather that hampered the track action for some time. 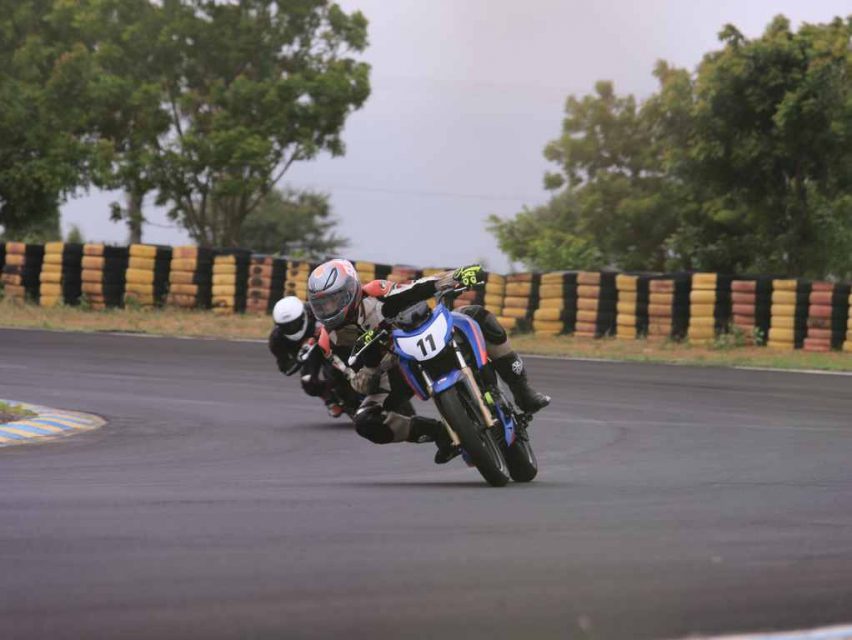 He continued his strong run of form in the second race by securing the top position and taking the chequered flag in style. TVS Racing’s Deepak Ravikumar took second while Jagan Kumar clocked a new lap record at Kari Motor Speedway with a time of 1 minute 11.596 seconds.

The elated KY Ahamed said that he had been working hard for the victory and the double win made it even more special while hoping to maintain his momentum for the rest of the season. Speaking about his performance, B Selvaraj, Team Manager, TVS Racing told that he had seen him evolve as a racer over the past three years and his dedication to the sport coupled with discipline led to these victories. He also appreciated Deepak’s first outing with the RTR 165 machine, having finished second. 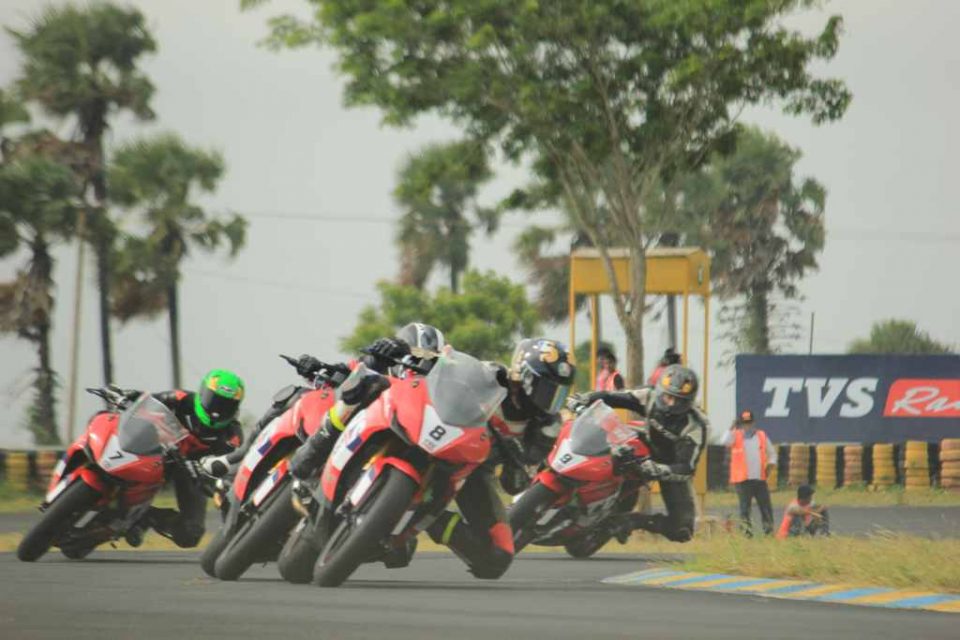