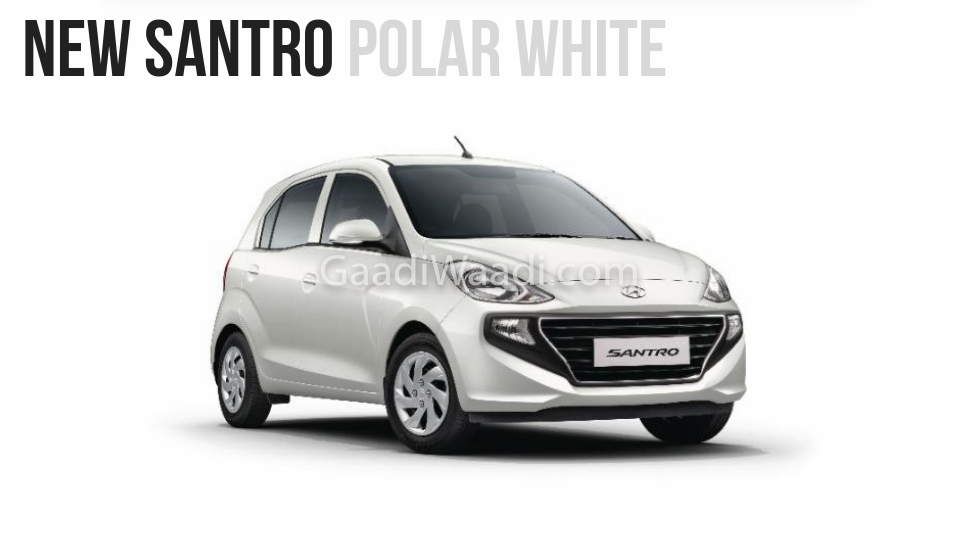 The new 2018 Hyundai Santro will launch in India later this month to rival Maruti Wagon R, Renault Kwid, Maruti Celerio, and Tata Tiago at a starting price of Rs 3.6 lakh

On 23 October 2018, Hyundai Motor India Ltd will re-launch the Santro brand with the global debut of the new 2018 Hyundai Santro hatchback. The new car will become the least priced offering from the Indian subsidiary of the Korean car maker. It will replace the Eon in the company’s model range.

The new model Hyundai Santro will become a chief rival of the Maruti Wagon R and the Renault Kwid 1.0, along with also becoming a challenger of the Maruti Celerio and the Tata Tiago. Let’s take a look at the expected price, specs, and mileage of the reborn Santro in our detailed post here.

The 2018 Hyundai Santro will be launched on 23 October 2018. India will be the first market to get the new model. In India, the all-new model will be positioned below the Grand i10 to become the most affordable car from the company. In essence, it will be a replacement for the slow-selling Hyundai Eon.

The new entry-level model has been tailor-made for developing markets like that of ours. It’s expected to launch in Latin American markets post its introduction in India later this month. 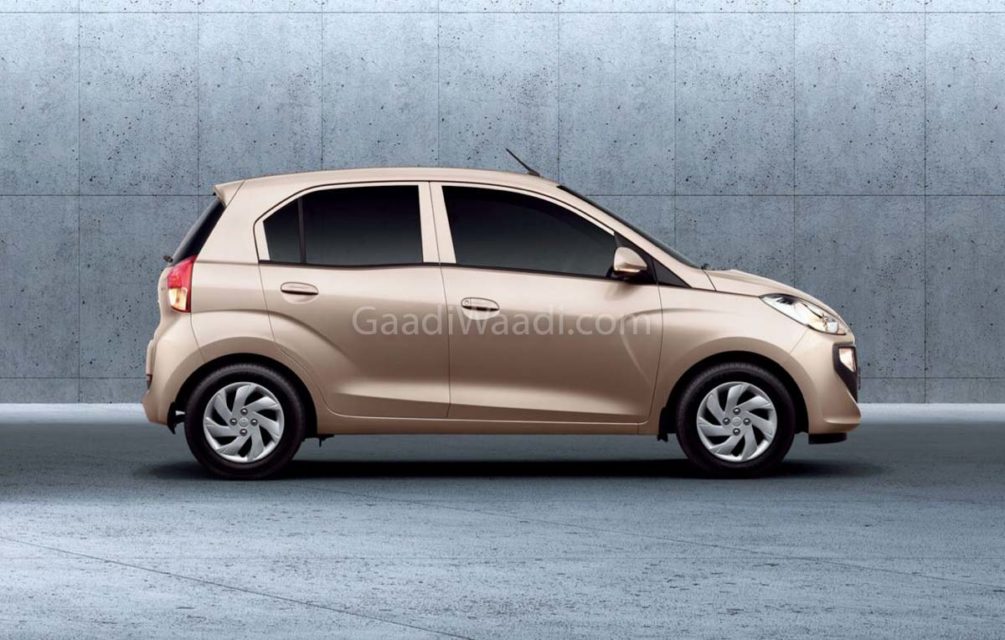 One thing that is for sure is that the new Santro won’t indulge in pricing wars with the likes of the Maruti Alto 800. This is not only because it will be a bigger car but also because it will be far more modern with a gamut of safety features and many premium features. This will lead to a slightly higher price tag than the current budget offerings.

The cheapest variant should cost roughly Rs 3.6 lakh, ex-showroom. On the other hand, the top-end model with an AMT should cost somewhere around Rs 5.6 lakh (ex-showroom). The car will be sold with a 1 lakh kms/3 years standard warranty. 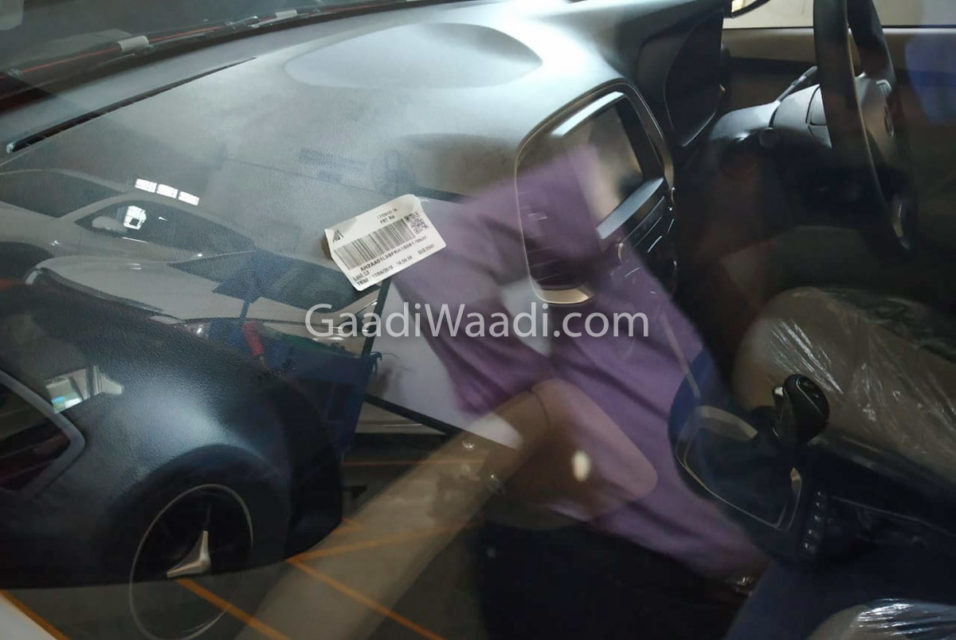 Powering the new Hyundai Santro will be an updated version of the 1.1-litre four-cylinder naturally aspirated petrol engine that powered the previous i10. Also, it will be underpinned by a new version of the old i10’s platform. The platform will boast several reinforcements to make it safer and stiffer.

This should lead to improved ride and handling characteristics. The revised petrol engine will output a maximum power of 69 PS along with a peak torque of 99 Nm. This will put the new model at par with models like the Maruti Wagon R and the Renault Kwid 1.0. It will also help it become a strong rival to cars like the Maruti Celerio

Another high point of the new car’s specs will be an optional AMT. The 2018 Hyundai Santro will be the company’s first car to offer an AMT. To be marketed as the Smart Drive, it will become a direct rival of AMT-equipped models like the Maruti Wagon R, Celerio, Renault Kwid, and Tata Tiago. The company will also sell an optional CNG kit, which means those looking for really low running costs can put their money on the new model.

Our exclusive sources reveal that the new model Santro will have an ARAI-rated fuel efficiency of 20.3 kmpl. While this won’t be as high as what the Maruti Wagon R and the Renault Kwid offer, it’s definitely a good mileage for a hatchback that will try to pass off as a more premium offering than its immediate rivals. As AMTs are mostly as fuel efficient as the manual counterparts, both the MT and AMT variants of the new Santro will have the same mileage of 20.3 kmpl.

Our sources reveal that the interior of the 2018 Hyundai Santro will be very roomy and will have enough space for 5 adults. However, its boot space, at 235-litres, will be quite average. This is quite a mediocre figure, especially if you compare it with the best-in-segment boot space of 300-litres that the Renault Kwid offers. However, it won’t be right to call the boot space insufficient as it won’t be anywhere as low as what the Maruti Alto K10 offers. 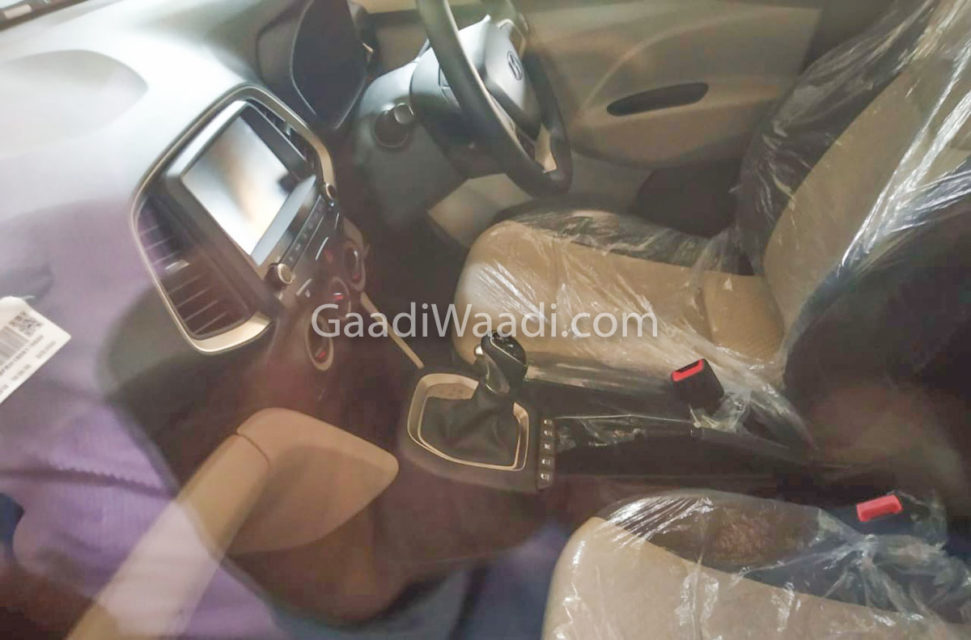 While the 2018 Hyundai Santro will become the most affordable car in the company’s lineup, it won’t be a low-on-features offering. The top-end model of the car will offer a 7-inch infotainment screen that will support Android Auto and Apple CarPlay. Also, it will have a multi-function steering wheel.

But, even the top-end model of the 2018 Santro won’t offer alloy wheels. This is a move that has been undertaken to keep prices of the fully loaded model from going too high.

Its exterior should carry many new-age Hyundai design elements like a cascading grille and sharp headlamps. The B-pillar is quite thick and looks like that of the earlier i10. There greenhouse is quite large, which should make the cabin feel quite airy.

Overall, going by the design details known so far, the new new Hyundai Santro will become a really practical offering that just might repeat the success of its predecessor. Our sources have already informed us that the new model will offer more space than the previous i10. This only means one thing, the cabin of the new model will not only offer many high-end features, at least on the top-end model, but will even have enough space to carry 4-5 adults. 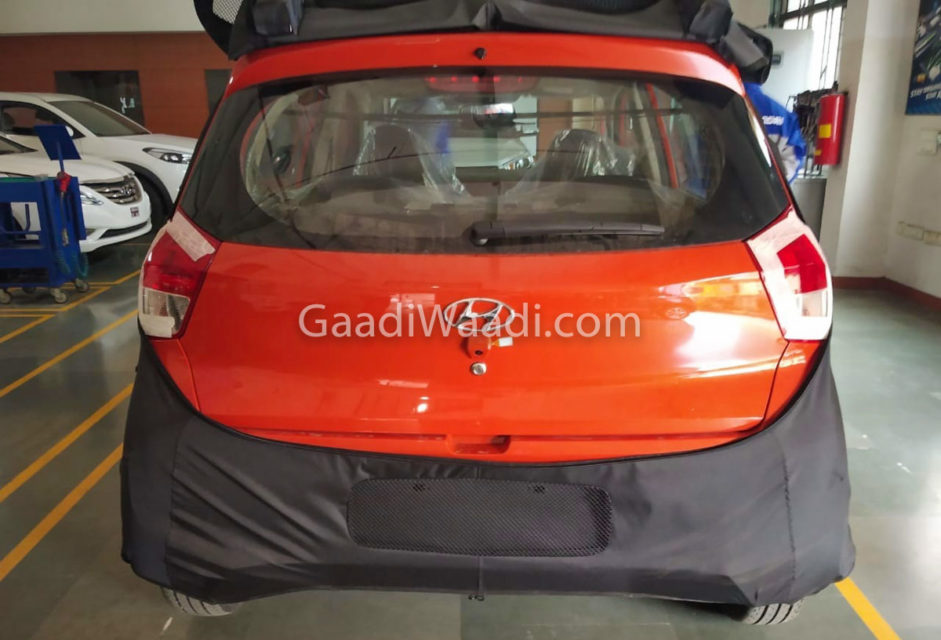 Thanks to the latest safety norms, all the variants of the 2018 Hyundai Santro will be available with a driver’s side airbag, ABS with EBD, front seat belts reminder, speed alert system, reverse parking sensors impact sensing door unlock, and speed sensing door lock. The top model will even offer dual front airbags and a reverse parking camera with display. Coupled with an updated platform, the new Hyundai Santro should become one of the safest cars in its segment. 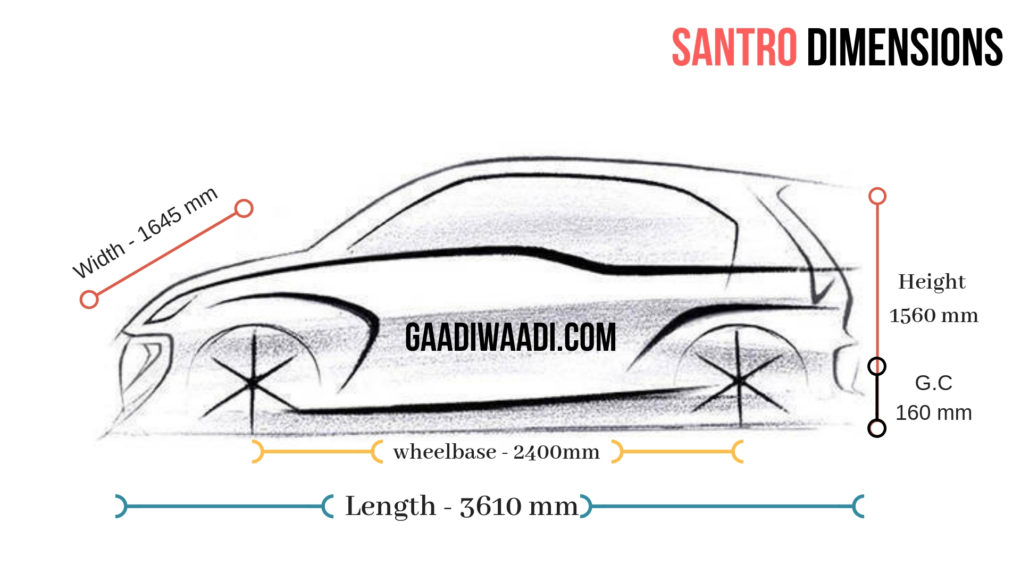