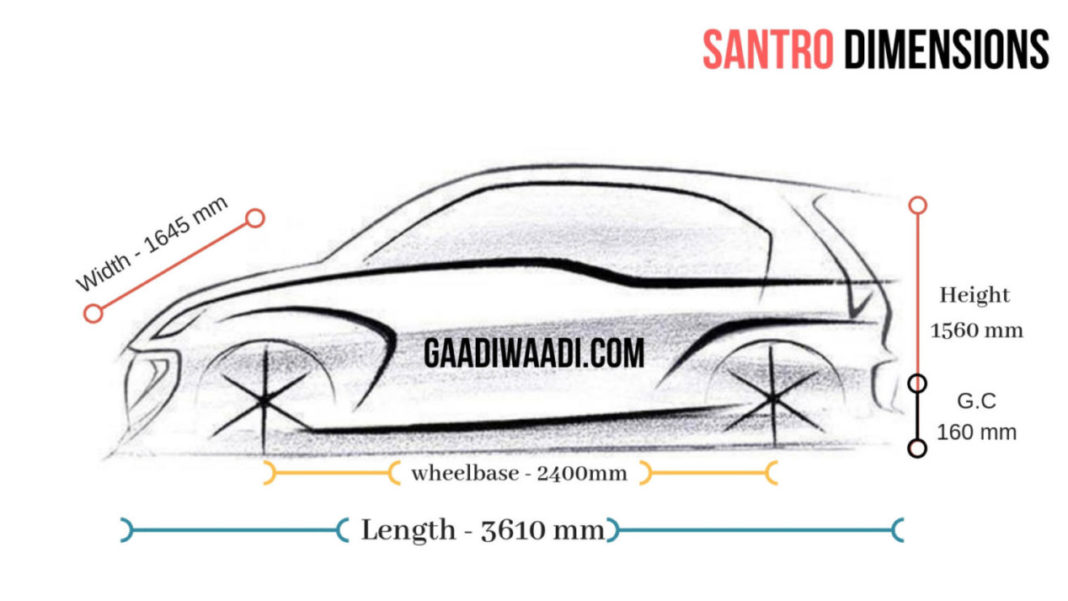 Hyundai Motor India Limited (HMIL) is all pumped to unravel a brand new small hatchback in the domestic market on October 23. Carrying the Santro nameplate to instigate an evocative appeal among customers, the new model boasts traditional tallboy image of the original Santro that set the tone for Hyundai becoming the second largest automaker in the country.

The South Korean brand celebrates twenty years since the first generation Santro came into existence with a brand new avatar sticking by modern design elements and a feature-packed interior in a highly affordable price range. With Maruti Suzuki mustering maximum volumes in the entry-level space and Eon’s sales have largely shrunken in recent years, Hyundai’s strategic response comes in the form of the Santro’s revival.

We exclusively brought you some of the technical specifications of the 2018 Hyundai Santro in the last couple of days and now the time has arrived to uncover its dimensions. Based on the old i10’s platform, the brand new Santro measures 3,610 mm long, 1,645 mm wide and stands 1,560 mm tall with wheelbase of 2,400 mm.

It features a ground clearance of 160 mm and the boot capacity is rated at 235 litres – same as Celerio. In comparison, the upcoming hatchback is wider than Kwid and Celerio and has similar height as Celerio while being taller than Kwid and Tiago. It also gets identical wheelbase as Tiago but is shorter than Celerio and Kwid by 85 mm, 69 mm respectively. 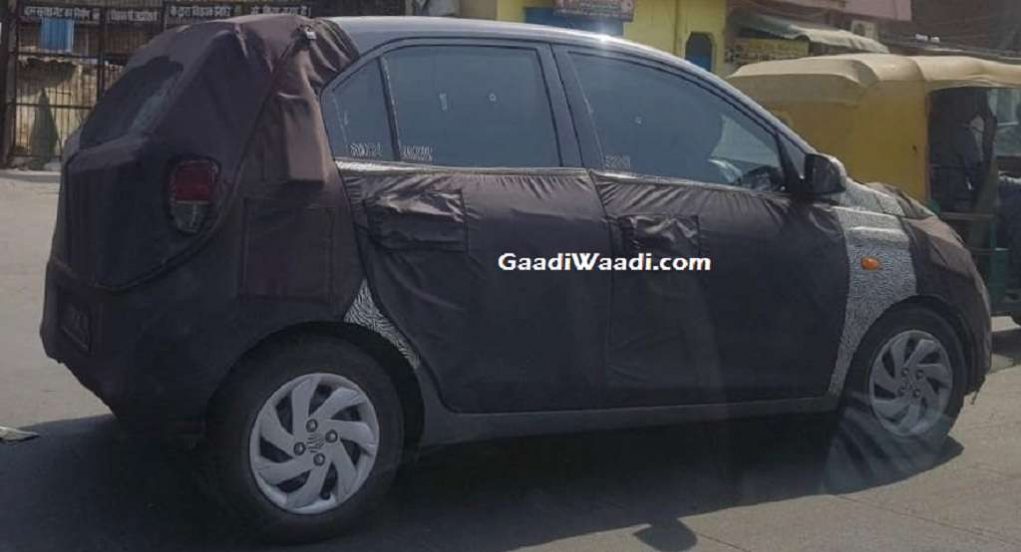 From the proportions, it is clear that the new Santro is closely matched with Maruti Suzuki Celerio that opened up affordable AMT for the masses. In the same context, the new Santro will become the first Hyundai to come equipped with an AMT dubbed ‘Smart Auto’. As standard, a 1.1-litre four-cylinder petrol engine developing 69 PS of maximum power and 99 Nm of peak torque will be used.

It is mated to a five-speed manual transmission with ARAI-certified claimed fuel economy of 20.3 kmpl – 2.8 kmpl less frugal than Maruti Suzuki Celerio. It will be sold in seven colour options such as Polar White, Sleek Silver, Stardust, Marina Blue, Fiery Red, Diana Green and Imperial Beige. The new Santro will also have CNG option and be priced between Rs. 3.5 lakh and Rs. 5.3 lakh (ex-showroom).

As for safety, driver side airbags, ABS (Anti-lock Braking System) and EBD (Electronic Brake-force Distribution) will be standard across the range while top-end variants will get dual airbags, seven-inch touchscreen infotainment system with Apple CarPlay and Android Auto connectivity, reverse parking sensors, and so on.