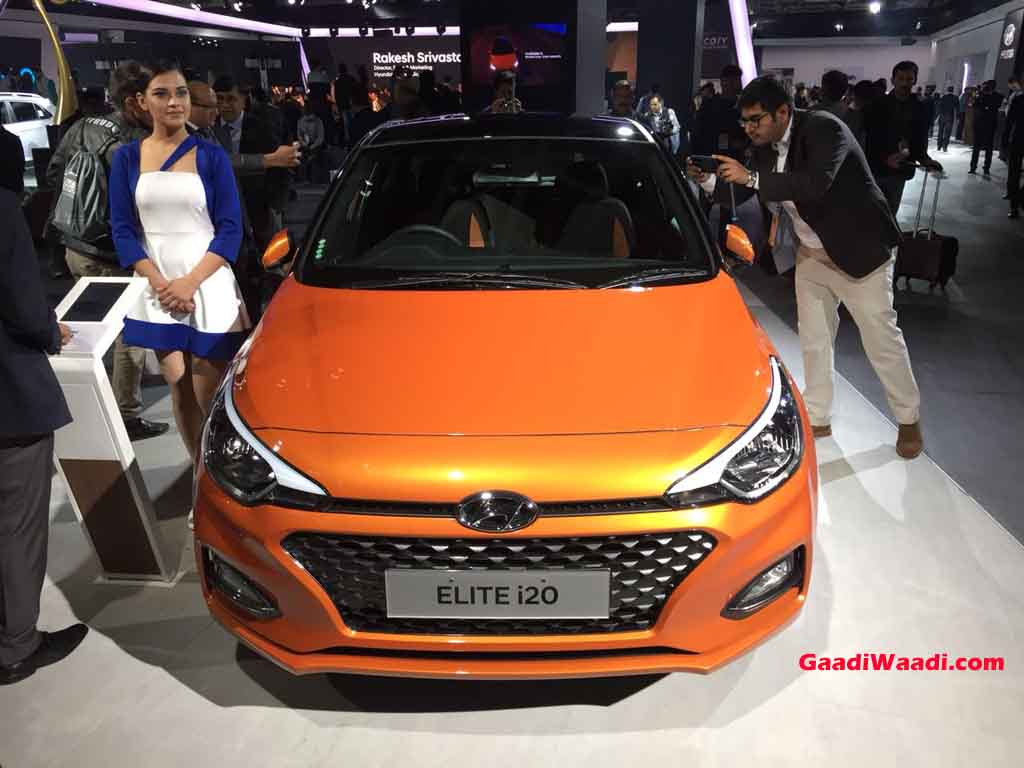 2018 Hyundai Elite i20 facelift has visual overhauls, added equipment and improved safety features to up the ante in the premium hatchback segment

In the premium hatchback segment, the Hyundai Elite i20 had long been the bestseller before Maruti Suzuki Baleno arrived in late 2015 to give a stealthy competition. Despite much fanfare, the Elite i20 has managed to keep its stead against Baleno by regularly averaging 10,000 units of sales every month while contributing to Hyundai’s holding its second position in the industry along with the top-selling Creta, Verna and Grand i10 but things have changed of late.

Maruti rolled out the RS version of Baleno to up its game further amidst Elite i20 getting periodic updates that are just not too dramatic. Since launching in September 2014, the visual makeovers Elite i20 has received are next to nothing. It was the eighth bestselling car in India in 2017 with 1,16,260 units but retailed 58,949 units less than the Baleno, placed third in the same sales chart. In order to stay in course though, Hyundai is preparing a comprehensive facelift and the glimpses of it have come to light thick and fast.

Here is everything you need to know about the 2018 Hyundai Elite i20:

2018 Hyundai Elite i20 Exterior and Design

The refreshed Elite i20 had also been spotted with fully camouflaged on foreign roads while the testing continued in India as well. Hyundai left the grille exposed to the camera and the whole front end this time around in new spy shots which definitely points the finger at the global-spec new i30.

The new single-frame hexagonal ‘cascading grille’ resides between the sleeker projector lamps and LED Daytime Running Lights with possible multi-spoke black alloy wheels. It coheres with the design of the facelifted i10 and Xcent, and expect it to be more premium than the current state. The bumper comes redesigned and angular as well. It seems to get a new papaya orange colour as well. 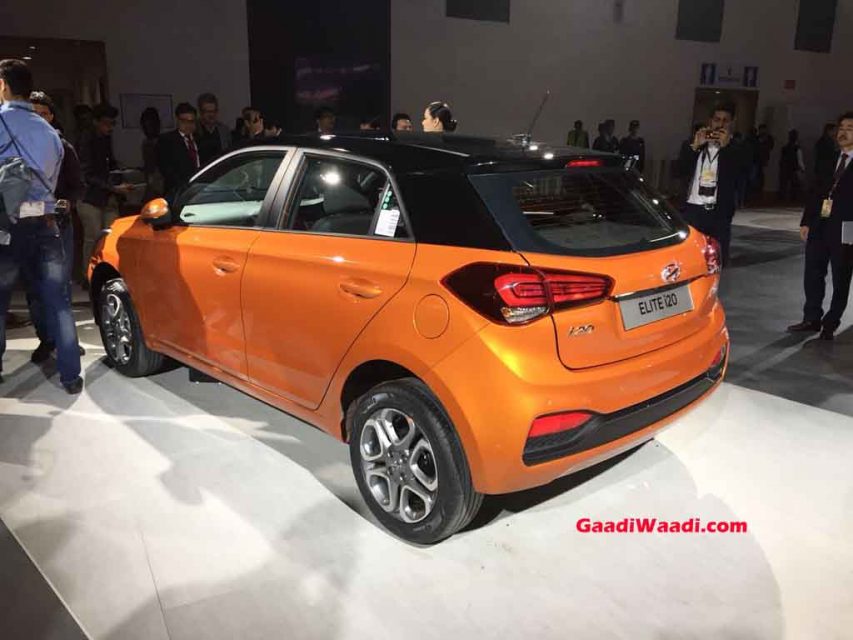 No big changes are expected on the sides as the mid-life makeover may just stick with a newly designed set of alloy wheels similar to the Mercedes-Benz CLA and some sporty panache. The rear profile seems to have received quite a few changes too with repositioned number plate from bumper to bootlid and new tail lamp graphics. But the protruded rear design will remain intact with minor visual modifications.

The more powerful 1.4-litre Dual VTVT gasoline motor pumps out 100 PS at 6,000 rpm and 132 Nm at 4,000 rpm torque. It can also be had with a four-speed automatic ‘box sending power to the front wheels. A recent prototype wearing Star Dust paint scheme was caught on camera and it featured an Auto badge on the front fender residing below the turn indicator. It could be the facelift’s Magna variant.

The 1.4-litre petrol engine, currently powering the automatic Magna variant, will be replaced by a 1.2-litre Kappa unit and it will be connected to a CVT (Continuously Variable Transmission) instead. Developed specifically for India, the CVT is expected to return more fuel economy than the outgoing AT unit. 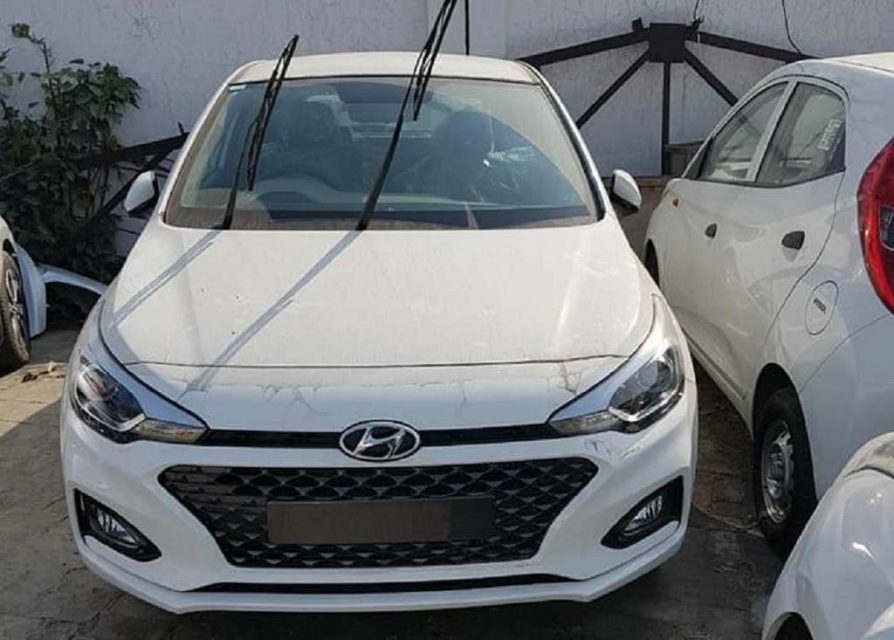 Moreover, the smaller 1.2-litre engine will come with tax benefits leading it to close the price gap against Maruti Suzuki Baleno’s Alpha CVT version (around Rs. 80,000 cheaper). It will attract 12.5 percent tax as opposed to current 24 percent under the sub-four-metre and cars with 1,200 cc petrol engine class. The CVT could feature flappy paddle shifters at a later time.

Hyundai could slightly tune the petrol and diesel engines for improved fuel economy as figures of 19 kmpl for petrol and 23 kmpl for diesel are expected.

We have already said that the new i20 could make debut at the 2018 New Delhi Auto Expo this February before going on sale in the following months. Recent reports emerged on the internet reiterated the same. The facelifted i20 will play a crucial part in the brand’s plan of doubling sales to one million units by 2021 with investment of over 5,000 crore.

It could be joined by a new small car, reportedly christened Santro, at the Auto Expo stands. A facelift for Creta by second half of 2018 and a brand new subcompact SUV in 2019 appear to be in the pipeline as well.

2018 Hyundai Elite i20 Interior and Features 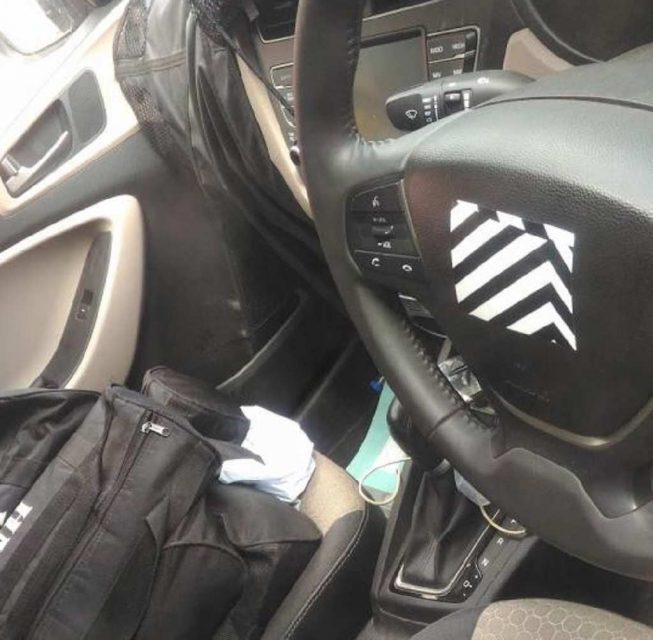 The 2017 Elite i20 was treated with dual-tone exterior and orange inserts to the all-black theme as MY updates but we predict the facelift to gain significant interior add-ons and improved safety features. Spy pictures of the interior show us that there will be no change in seat upholstery but the Magna variant which does not offer a touchscreen has been caught with the seven-inch display offering voice commands and electric ORVMs.

The unit is currently available in the range-topping Asta (O). The Elite i20 facelift comes equipped with dual-tone interiors completed in beige and black sinking with the theme of the upholstery. Other important features are three-spoke multi-functional steering wheel similar to the latest Verna, front centre armrest, two cup holders, updated center console, etc.