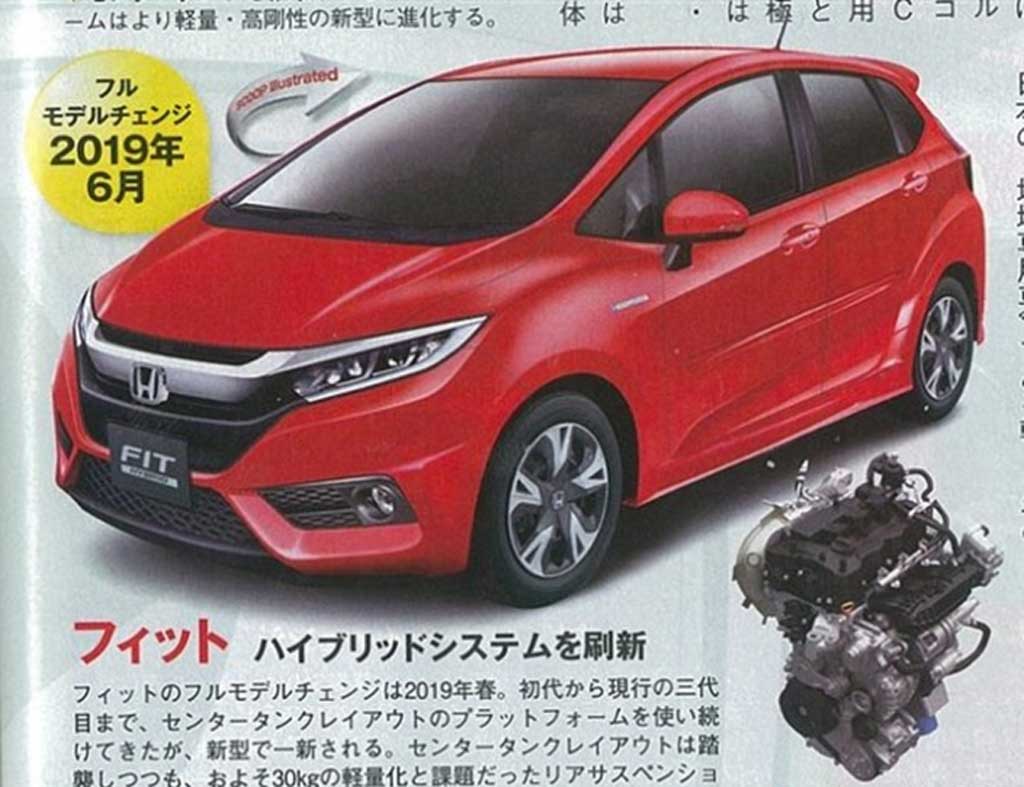 Honda Jazz is at its second generation now. The premium hatchback launched the second generation model last year in India, which is sporty and more upmarket compare to the previous model. A Japanese magazine has now rendered the 2019 Honda Jazz, which is the Honda Fit in Japan introduced in the country back in 2013. Reportedly, Honda has been working on the development of this car. According to the rendered image, the 2019 Honda Jazz almost retains the same silhouette of the present model. The updates are visible also.

As it seems, the 2019 Honda Jazz might take the design cue from the latest Honda Civic, when it comes to the front fascia. Yes, the front fascia is redesigned from the present generation model. It gets thick chrome front grille, which looks much more appealing compare to the present generation model. The headlamps get LED units. The front bumper looks revamped and actually it looks aggressive. The side profile is slightly redesigned with sharper character lines. The rear profile boasts new set of taillights, according to the rendered image. Expect the interior to get some updates as well, which might come in form of more premium upholsteries, redesigned centre console, instrument cluster and additional features. On the safety front the Honda Jazz facelift might get some additional features as well.

The report in the Japanese magazine suggests this car will be 30 Kg lighter than the present generation model. On the engine front the car would get a 1.0 litre turbocharged engine which will surely add some zing to the car. In the Honda Civic prototype the same 1.0 litre turbocharged engine churns out 127 hp of peak power. Very interestingly, the 2019 Honda Jazz might get a 1.5 litre petrol plug in hybrid powertrain as well, which would sport a 1.5 litre i-VTEC engine combined with an electric motor. In the hybrid variant power will be sent to the front wheels through a Continually Variable Transmission (CVT).