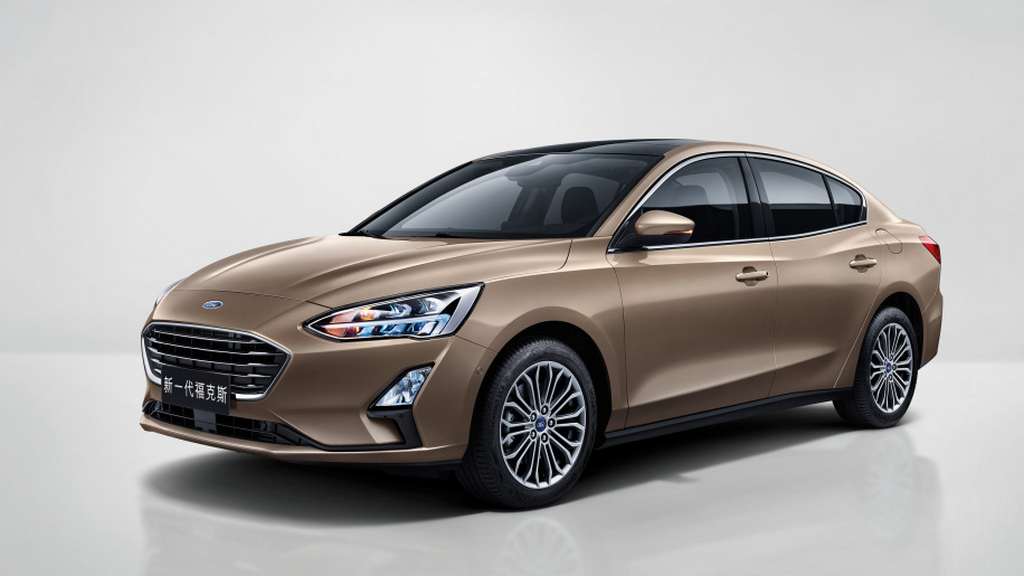 Ford officially revealed new generation of Focus in Europe few days ago. Now the company took wraps of the sedan version in China. Initially, Focus sedan will be launched in China only and later exported to North America. The China specific Focus sedan is based on the same C2 platform and looks similar to the hatchback with Aston Martin inspired front grill and sculpted bumpers with new headlamp design giving a classy look for the sedan.

The side design is different compared to the hatchback because of the extra length and all black window trim with chrome surrounding continues the elegance theme from the front. The rear gets new LED tail light with a lip spoiler. 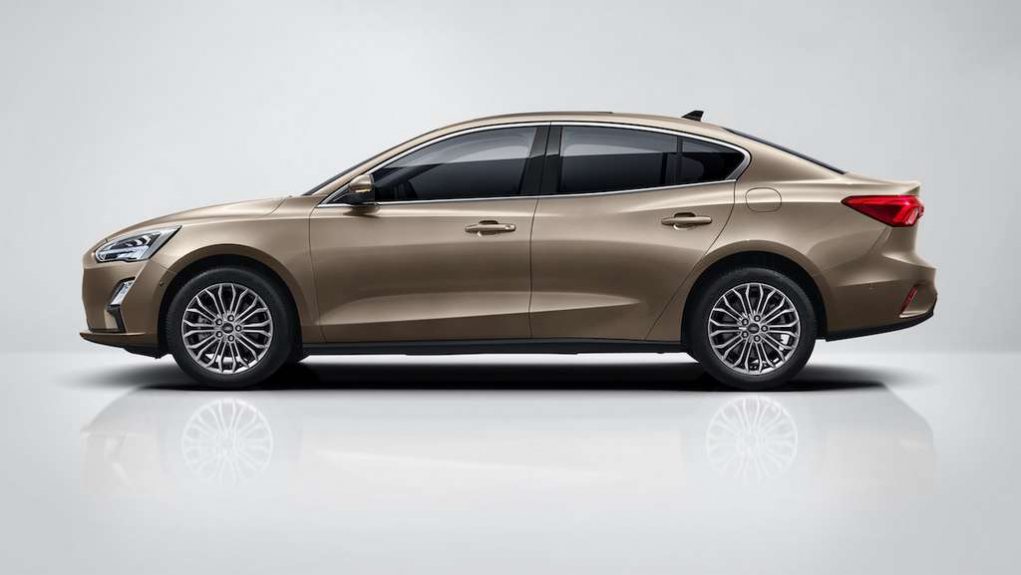 The interior of Focus sedan is similar to the hatchback model but China specific sedan get different material for the cabin as the company have used hard plastic on top of the dashboard instead of soft touch materials for European version. The new three spoke multi-functional steering wheel and instrument cluster come from the hatchback.

Ford is also offering similar equipments from hatchback like new 8 inch touch Sync 3 system with Apple CarPlay and Android Auto, climate control, cruise control on the Focus sedan. Ford also revealed ST line variant of Focus sedan, which is different compared to normal model as it get black treatment for the grill and the bumper design is new with sporty elements with an air-curtain to channel air towards front wheels which will reduce drag. 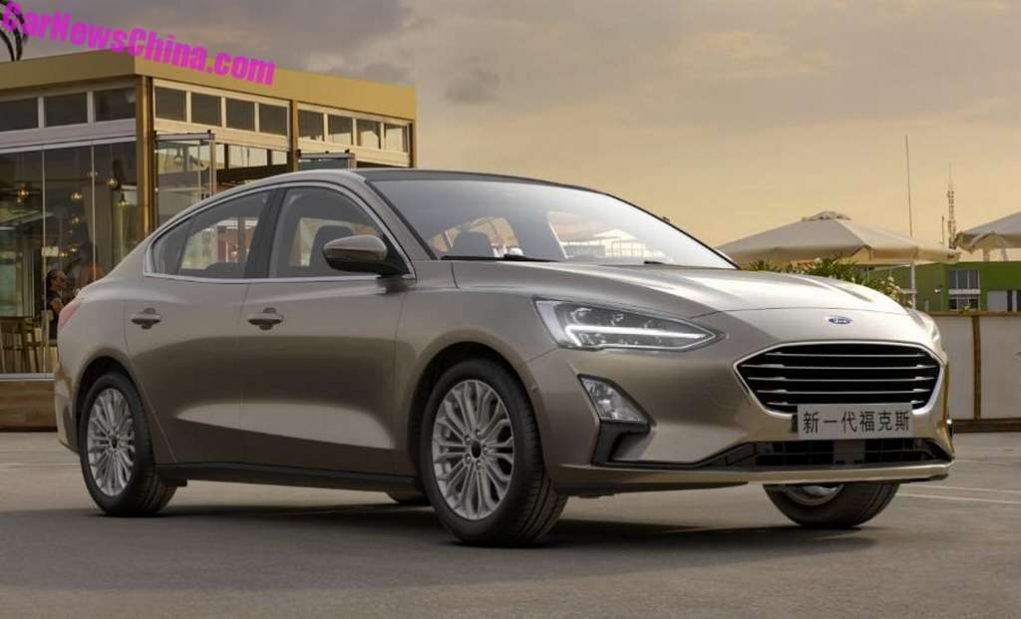 The side gets body coloured skirts and new alloy wheels. Ford has given new exhaust and diffuser at the rear for ST variant to make it look meaner from the rear. The American manufacturer also reduced the ground clearance for ST variant by 10 mm and stiffened the suspension for sporty ride. 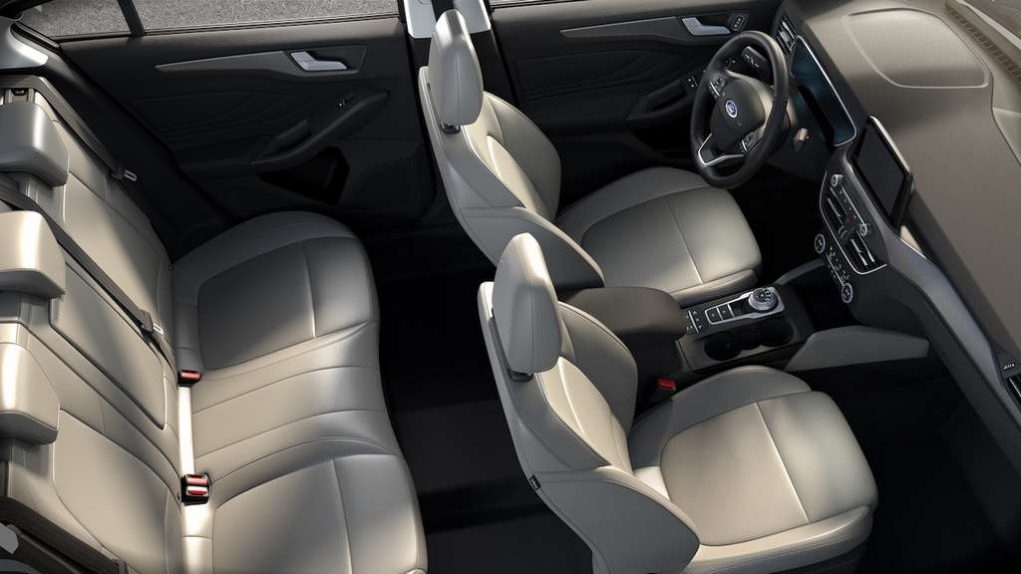