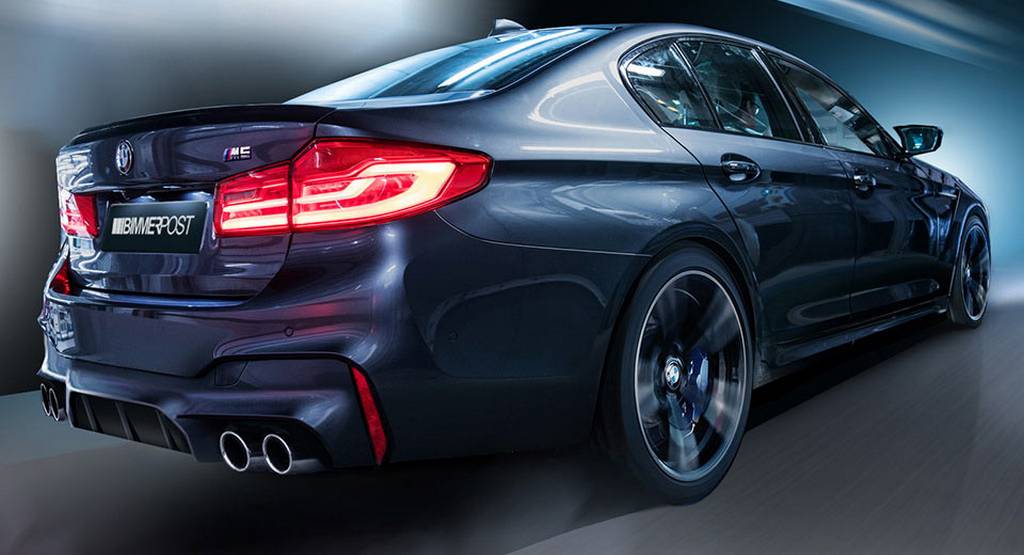 2018 BMW M5 could develop over 600 hp from 4.4L twin-turbo V8 engine; expected to world premiere at the Frankfurt Motor Show

Late last year, pictures claiming to be the CAD drawings of the all-new BMW M5 surfaced online. Based on those images, the F90 M5’s styling has been imagined and if the production model looks half as good as this rendering, the Germans have a certain winner on their hands.

The CAD drawings have given us an indication of how the road-going version’s rear end may appear like. Courtesy of Bimmerpost, the rendering can be taken seriously when you compare it with the CAD images and they do make sense unlike the earlier digitised imaginative renderings that were purely speculative.

BMW has constantly evolved its product lineup throughout and whether executive saloons or hatchbacks they never lag behind competition in their sporty design. Bearing that in mind, the F90 M5 will be no different and the rendering stands in line with an aggressive appeal compared to the F10 version.

Up front, we can expect a new set of sharper kidney grille, bigger air dams and revised bumper. The all important power source will be a 4.4-litre twin-turbo V8 engine from the existing M5. It should be good enough to pump out well above 600 horsepower and the torque range could be dialed for instant response and sportier handling that the M5 models are renowned for.

It could accelerate from zero to 100 kmph in less than 3.5 seconds while rumours suggest it may get an optional AWD system. The suspension will likely be on the stiffer side to compound the sporty handling characteristics of the new generation M5. Expect it to make global premiere at the 2017 Frankfurt Motor Show in September.
Render Source: Bimmerpost