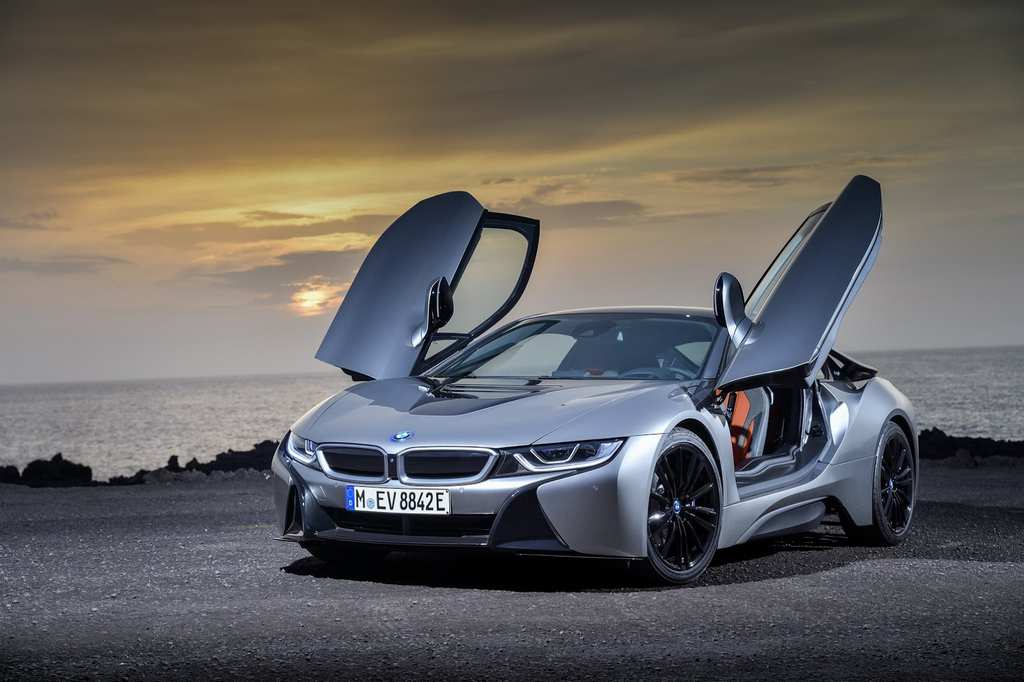 A few days ago, BMW released a teaser of its new i8 Roadster ahead of of its international launch early next year. It has been revealed at the 2017 Los Angeles Auto Show and retains dihedral doors from its hard-top cousin. There have been cosmetic revisions while the long rumoured mechanical upgrades are also be put in place.

It will target a big band of premium customers and BMW may not shy away from pricing both the Roadster and the Coupe a notch above their current state. The Roadster opts for a modified version of the regular i8 plug-in hybrid’s tailgate structure as the dihedral doors make it much more appealing. 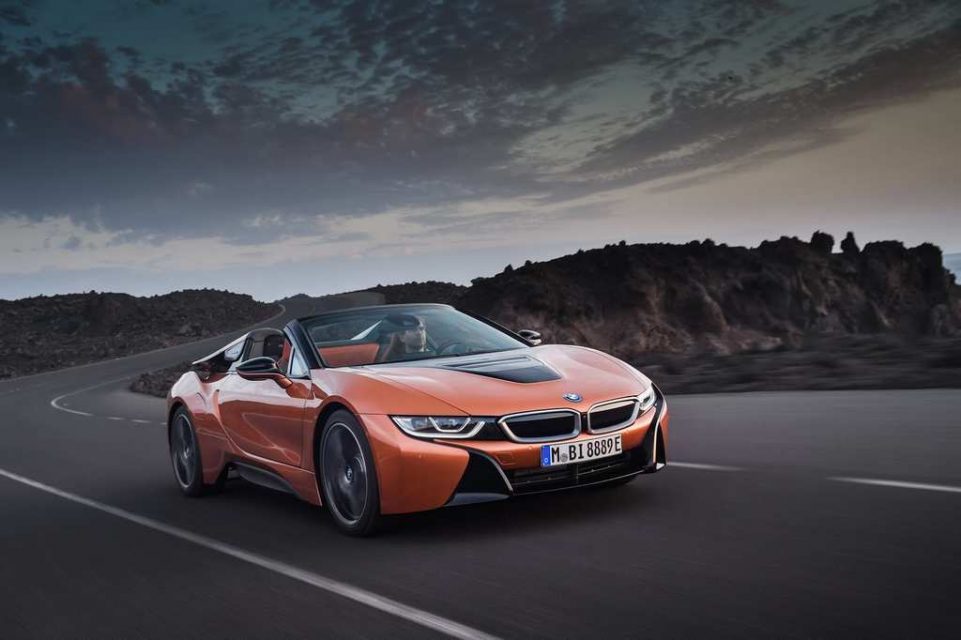 Its has styling partially inspired by the BMW i Vision Future Interaction concept study displayed at last year’s CES (Consumer Electronics Show). The open-top configuration does make it heavier than the coupe as more strengthening materials needed to be added to compensate for the lost roof. The weight penalty is just 132 pounds (60 kg) courtesy of the carbon bodyshell as the curb weight is quoted at 3,516 lbs (1,595 kg).

The powertrain has certainly been upgraded as the petrol-electric hybrid system adapts a power surge compared to the existing range. The i8 Roadster and Coupe features an intricate 1.5-litre turbocharged three-cylinder petrol engine coupled with synchronous electric motor mounted up front. 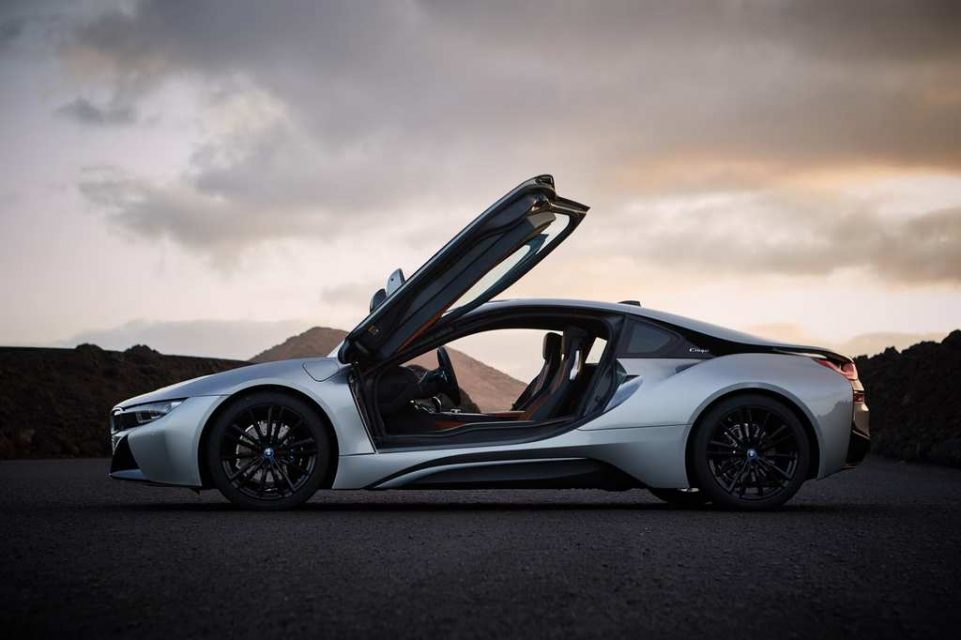 As expected, more changes feature inside the cabin as the latest BMW iDrive infotainment with gesture control is accompanied by improved layout and highly advanced connectivity features. The collaboration made with Intel and Mobileye will aid to a certain extent in launching next levels of self-driving systems for BMW. The German manufacturer has the iNext lined up for 2021 and it will have Level 3.5 autonomous capabilities.

The combined fuel economy rating with the assistance of the electric motor will be 2.1 litre per 100 km or 112 mpg in US while the combined CO2 emission is at 48 g/km. These are slightly inferior figures compared to the existing i8 Coupe which returns 2.0 L/100km and rated CO2 emission of 44 g/km. 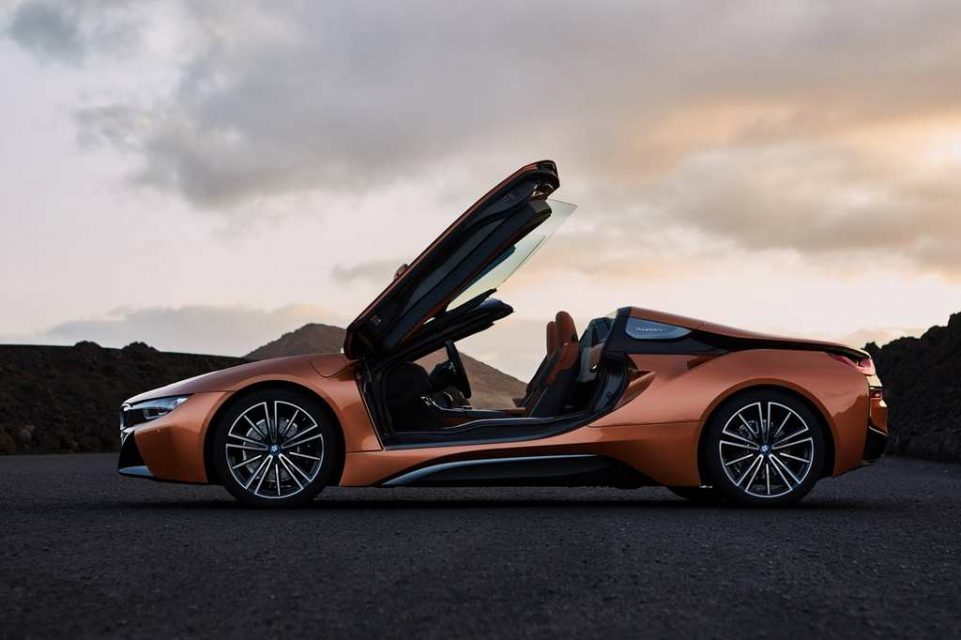 The upgraded Roadster and Coupe are constructed on an aluminium chassis with carbon fibre monotub. The 1.5L turbo engine now makes 231 horsepower, 3 hp more, and the electric motor develops 143 hp, increase of 12 hp, for a combined output of 374 hp. It enables the Coupe to do 0-100 kmph in just 4.2 seconds. The Roadster, however, is two tenths slower and has electronically limited top speed of 155 mph (250 kmph). 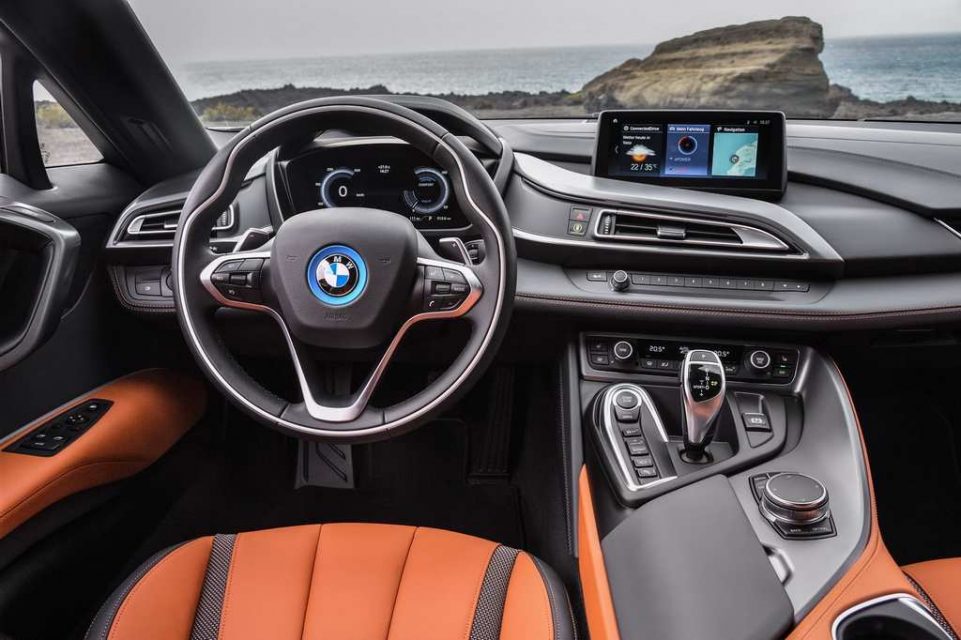 Best thing is it can now be bought with a folding soft-top. It also has its disadvantages as rear seats are sacrificed with performance penalty. The roof can be raised and lowered into a compact Z-shaped vertical stack in just 15 seconds at speeds of up to 50 kmph.

The suspension has been retuned in the roadster as well while new set of wheels help in reducing unsprung weight. Both the Roadster and Coupe will be reaching US dealerships next spring and pricing will be revealed later.

2018 BMW i8 Roadster And Coupe Images