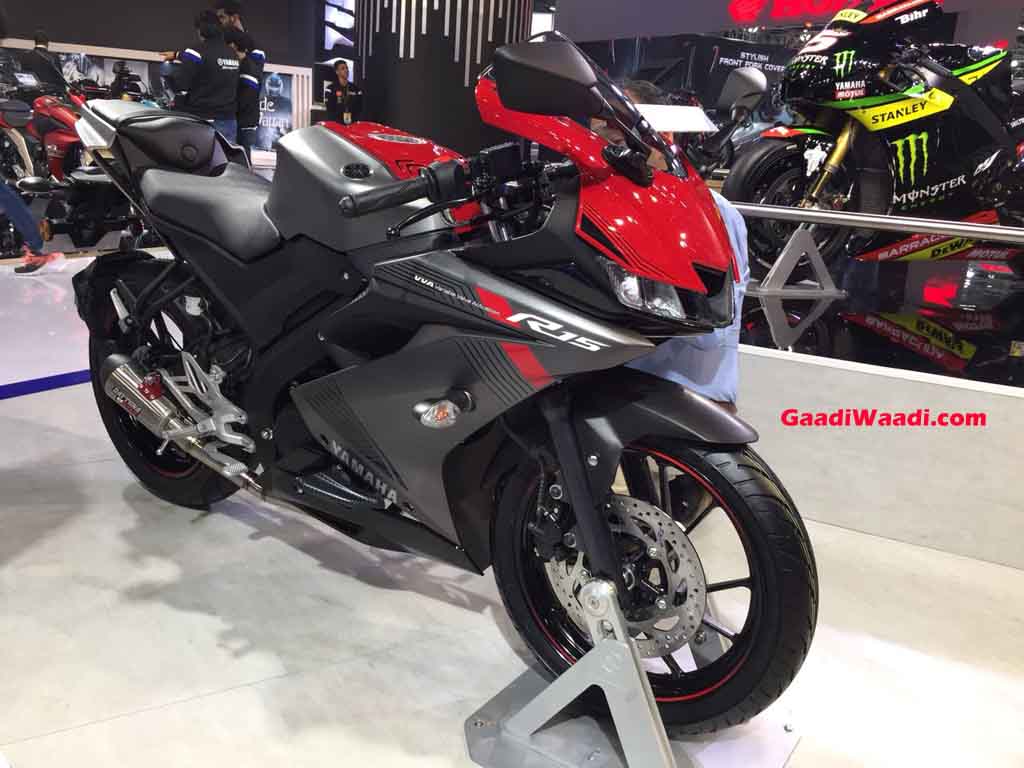 Yamaha R15 V3 has made its much awaited grand debut at the 2018 Delhi Auto Expo. Interesting fact is that the Japanese two-wheeler major has showcased a fully accessorized version of the bike that portrays the modification capability of the bike. The customised Yamaha R15 V3 comes equipped with optional racing kits and gets a track focused appearance that grabs everyone’s attention at the very first glimpse.

The modified Yamaha R15 V3 with racing kit gets Metzeler tyres wrapped around the alloy wheels. It also gets a new Daytona muffler and a frame slider. Thanks to the contrasting body paint scheme of Red and Grey, the sportsbike looks very attractive. It also features special body decals ensuring increased sporty look.

Expect the brand to offer these optional racing kits in near future. However, pricing of the kit is yet to be revealed. Meanwhile, the standard bike will be available in two different colour options that are Racing Blue and Thunder Grey. The all-new R15 V3 has become much more appealing compared to its predecessor. It comes priced at Rs. 1.25 lakh (ex-showroom, New Delhi).

The bike draws energy from an all-new 155 cc liquid-cooled, four-stroke, four-valve, fuel-injected engine. It also gets Variable Valve Actuation and slipper clutch. This engine is well capable of churning out 19.3 PS of peak power at 10,000 rpm and 15 Nm of peak torque at 8,500 rpm.

In terms of design, Yamaha R15 V3 has taken inspiration from its bigger siblings like YZF-R1 and YZF-R6. It gets sharp twin LED headlamps with a vent in between them. A tall visor, fully digital instrument cluster, muscular fuel tank, split seats with low positioned rider seat, LED taillight with narrow tail section.

So far, Yamaha has developed the bike to offer better performance compared to its predecessor. Also, thanks to its new design and upmarket features, it offers an even more premium vibe than the previous model. 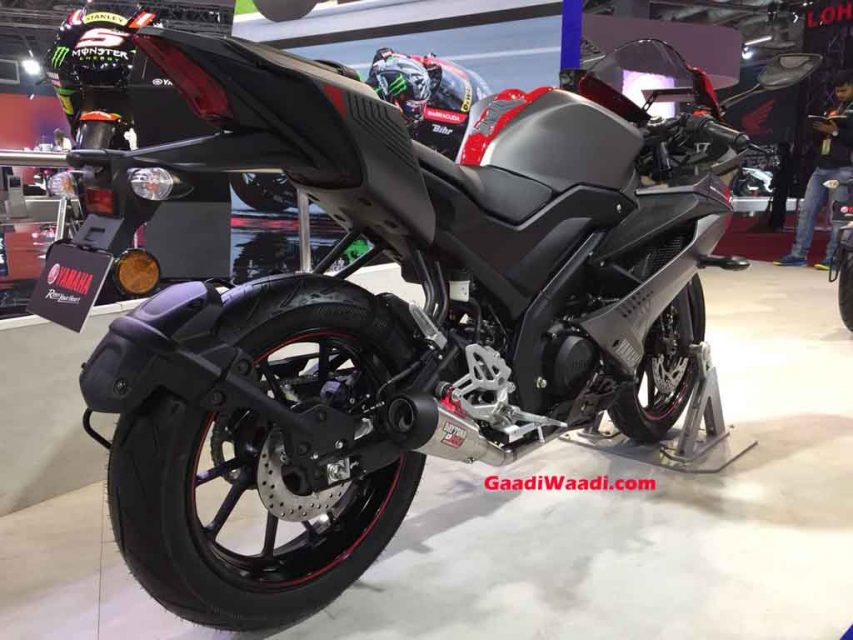