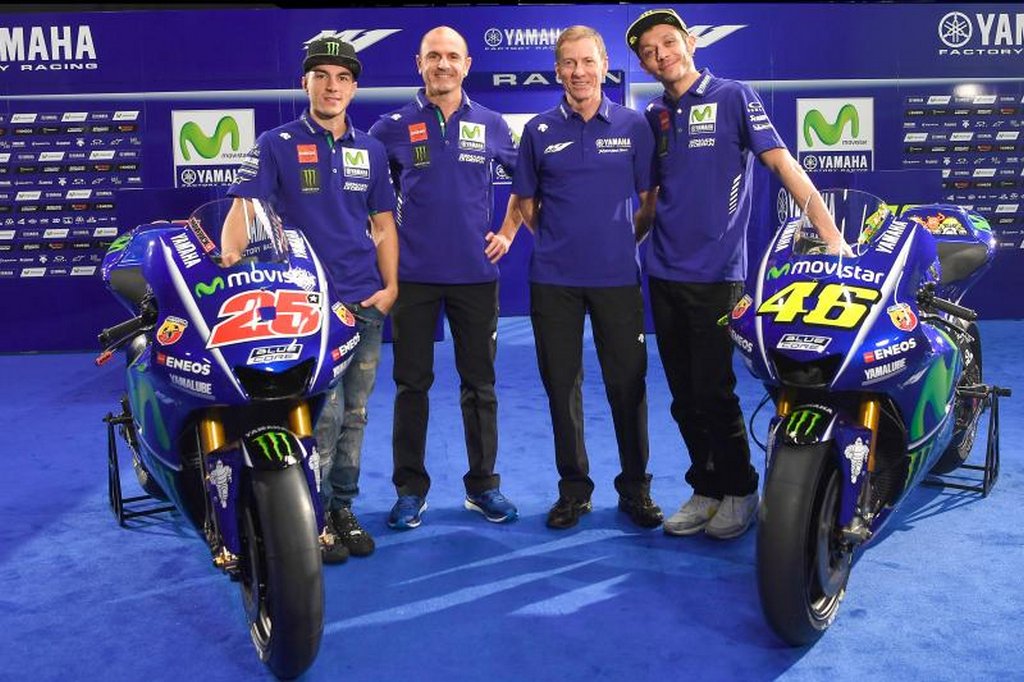 Yamaha’s factory MotoGP team are the first to officially reveal their 2017 rider lineup and livery. The legendary multiple champion Valentino Rossi will share the garage space with Maverick Viñales, who replaced Jorge Lorenzo, as the new season has begun heating up.

The Italian-based Movistar squad descended to Telefónica headquarters in Spain before the first Official test kicking off at Sepang International Circuit in Malaysia on 30th of January. Valentino Rossi had been in close contention for the championship in the last three seasons and ended each year runner-up. 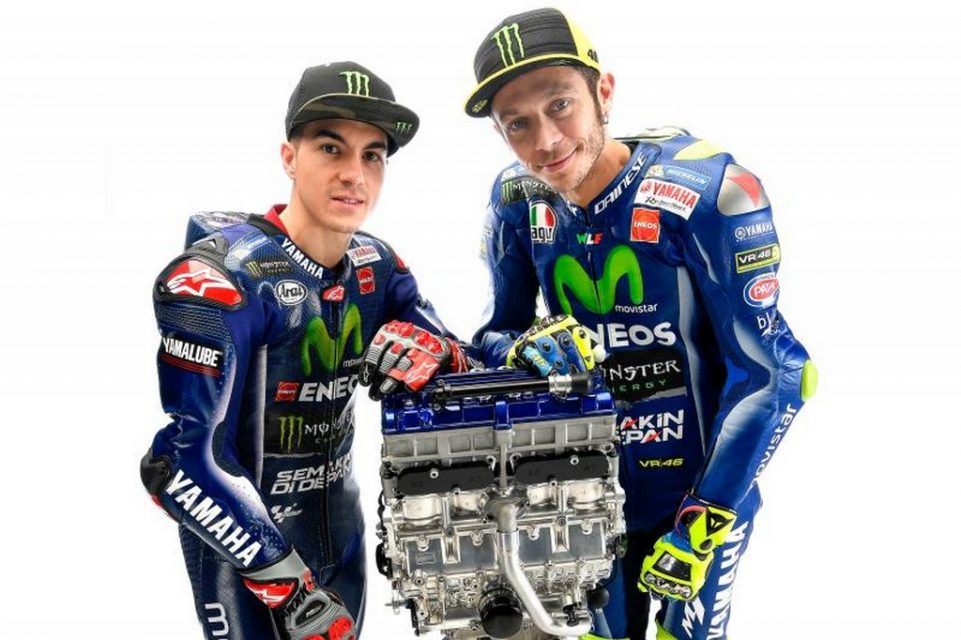 He will have 2013 Moto3 world champion Maverick Viñales as his new teammate. Entering his third season in the premier class, his impressive showing on debut with Team Suzuki Ecstar – with a race victory at the British GP in 2016 – earned him the step up to one of the prominent title contenders in the championship.

Viñales set the fastest time in the first testing for 2017 at the Circuit de la Comunitat Valenciana a couple of months back as he will be aiding largely in defending the constructors’ championship which Yamaha won for the seventh time last year. 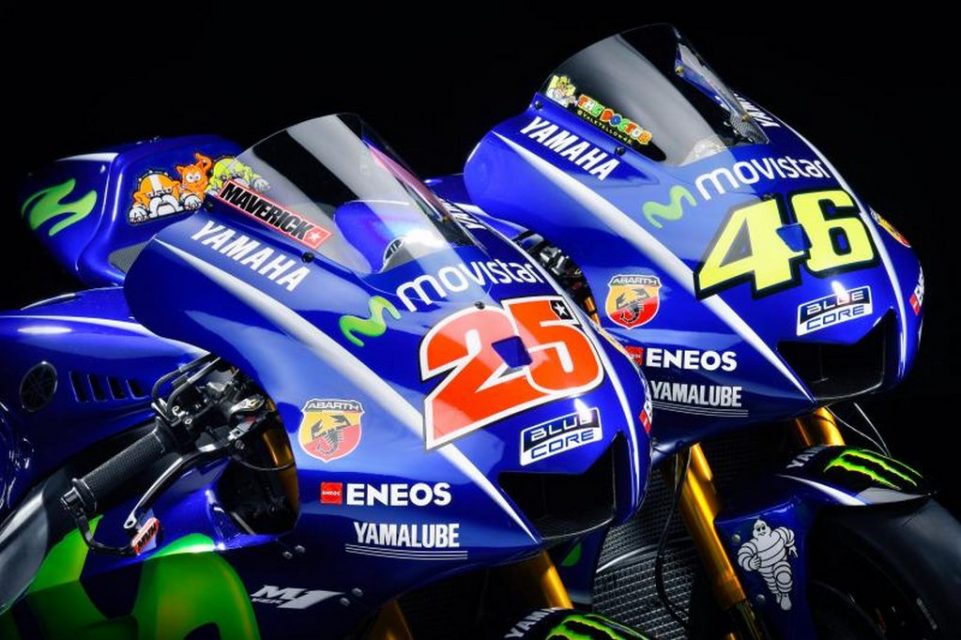 The launch event has witnessed the 2017 Yamaha YZR-M1 being revealed in its new colours with a refreshed livery compared to last year. Alongside the new Movistar logo, the Blue Core logo is also added as a new design element on the bike amidst the profound Yamaha blue rendering a stunning presence.

Additional modifications include the new Movistar Yamaha MotoGP Team logo, with the significant Movistar ‘M’. Reflecting the collaboration between Yamaha and Telefonica, the YZR-M1’s 2017 livery features the new Movistar-logo on either side of the fairing and at the front of the race machine. 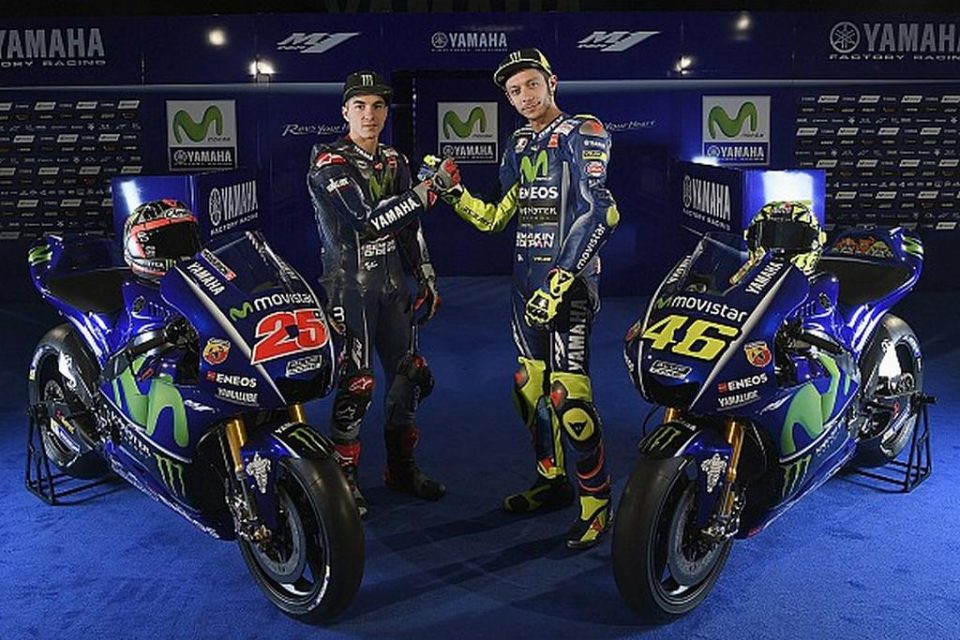