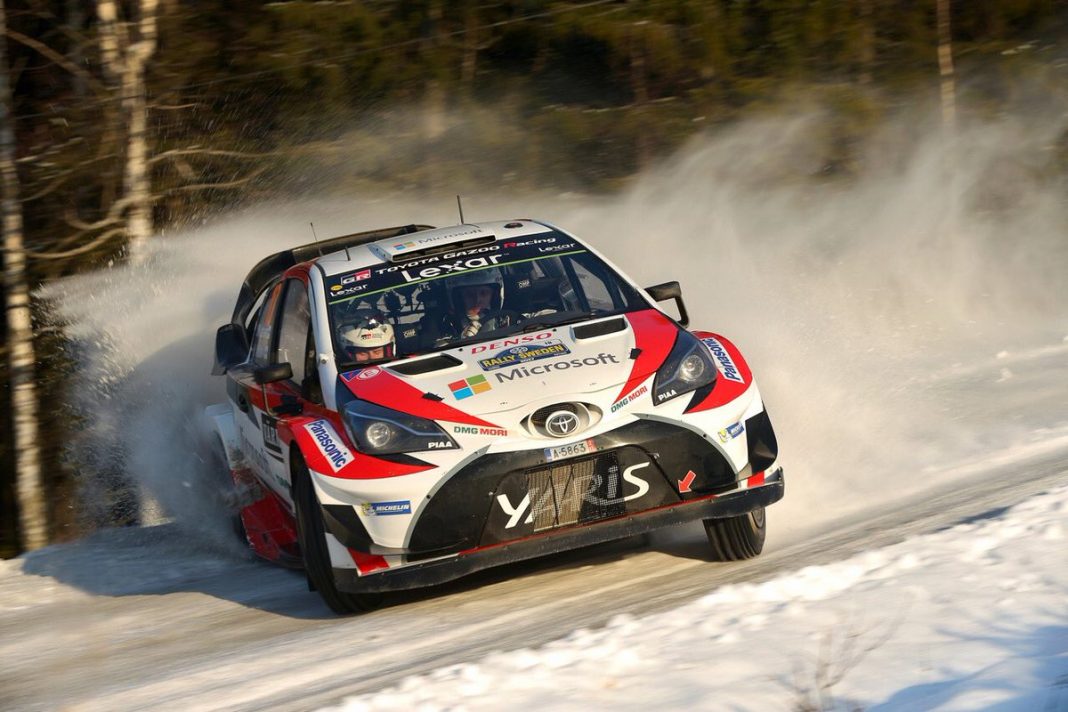 Jari-Matti Latvala and Miikka Anttila have made history yesterday as they secured Toyota’s first victory on only its second outing since coming back to WRC after 17 years of absence. The victory margin stood at 29.2 seconds as they won the last three stages in dominating fashion.

Behind the Finnish pair, Ott Tanak and Martin Jarveoja celebrated second place for M-Sport Ford ahead of reigning champion and teammate Sebastien Ogier and Julien Ingrassia who jumped ship from VW camp following its withdrawal from the top flight. 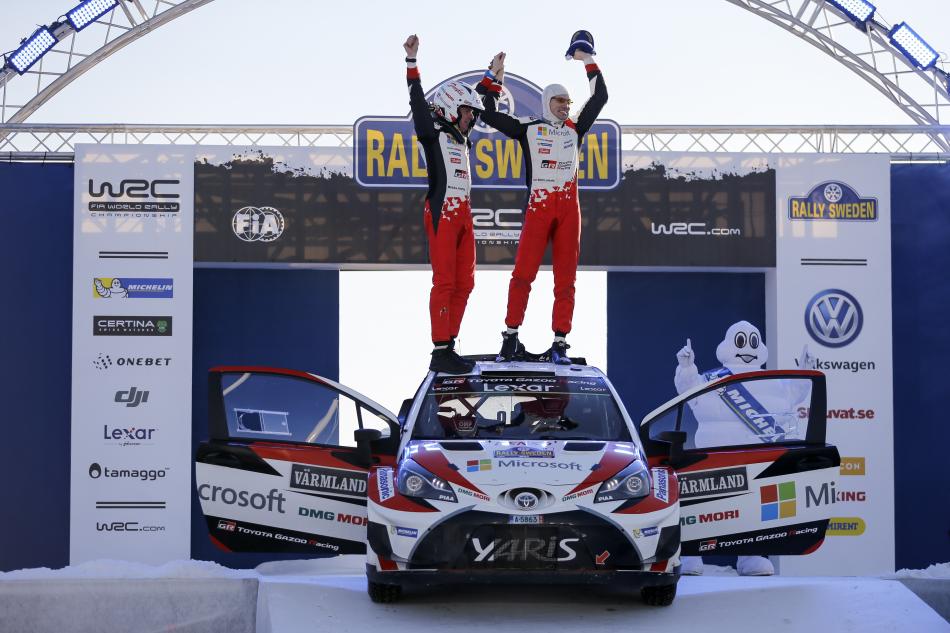 With the win, Latvala leads Ogier by four points in the drivers’ championship, with Tanak in third, as the season has got off to a flyer. Courtesy of the podiums at the opening round in Monte Carlo and now at Sweden, M-Sport Ford Fiesta outfit has a 20-point advantage over Toyota Gazoo Racing.

The final day of Rally Sweden covered approx 60 km in three stages with the eventual podium finishers all in contention for victory. Through the Likenas stage, the now 17-time rally winner, Latvala set the early pace without any troubles but Ogier had a spin and Tanak suffered a technical gremlin. 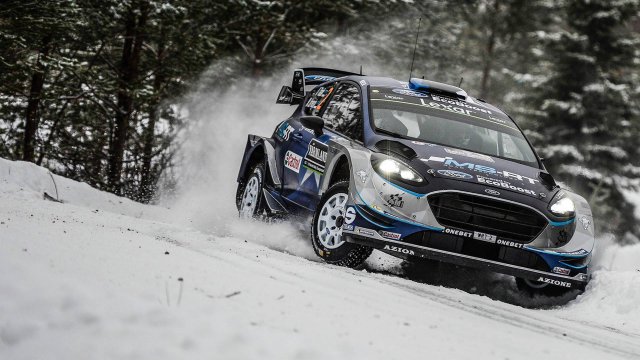 It helped the Finnish driver to extend his overall lead to nearly 11 seconds. On the re-run, he blistered through the route ensuring a special victory and taking maximum points in the Power Stage. It is the first time Toyota has been on the top step of the podium since Didier Auriol’s Corolla rose to fame at the 1999 Chinese Rally.

Ogier lost crucial time with the costly spin as he lost close 30 seconds but finished second in the Power Stage. Tanak could not capitalise on his great showing on Saturday and eventually completed the rally second. With Thierry Neuville crashing on Saturday, Dani Sordo and Hayden Paddon had no choice but to hold on to their positions and take as much points available. 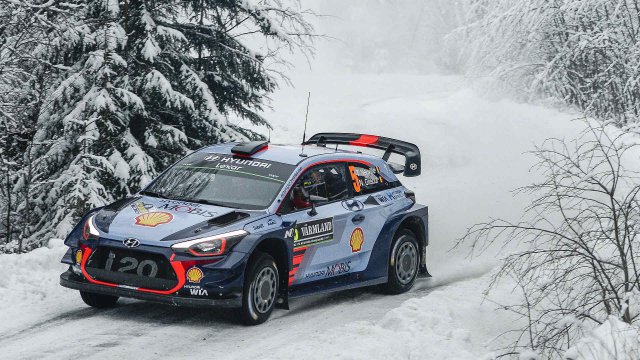 They finished fourth and seventh in their Hyundai i20 WRC Coupe sandwiching Craig Breen in his Citroen C3 and Elfyn Evans behind the wheel of Ford Fiesta. In the second tier WRC 2 Championship, Pontus Tidemand and Jonas Andersson triumphed in their Skoda Fabia R5 ahead of Teemu Suninen and Mikko Markkula.

With the season already heating up and every manufacturer looks to have an early whack at the championship, the fully gravel round of Rally Mexico to be contested between March 9 and 12 will make for another exciting prospect.