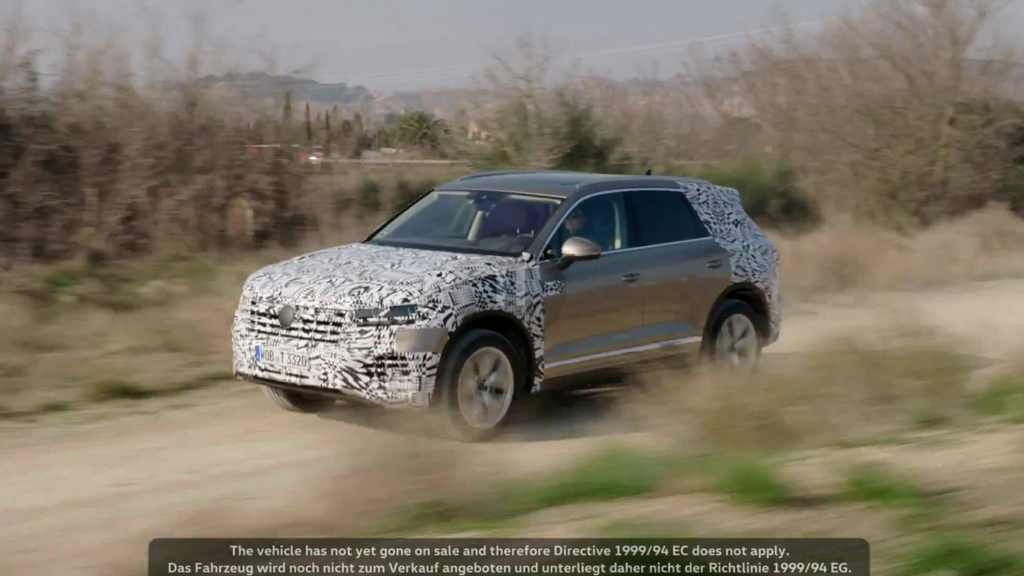 Volkswagen is going to introduce a new version of the Touareg SUV by upping its premium status and standards from the way people perceive it. Yes, it is going to be plusher and influential courtesy of the sharper design language taken from the second-generation Tiguan that was launched in India in May 2017 and locally assembled at VW’s Aurangabad plant.

In foreign marketplace, the upcoming Touareg will be positioned above the Tiguan when it goes on sale later this year. The German automaker unveiled the Atlas SUV a while ago for global markets and it would likely sit under the Touareg in highly capable markets like China and countries in North America. The five-seater will be pitched to claim more volume sales than it currently does. However, for emerging markets like Brazil, the Atlas is said to be considered more viable. 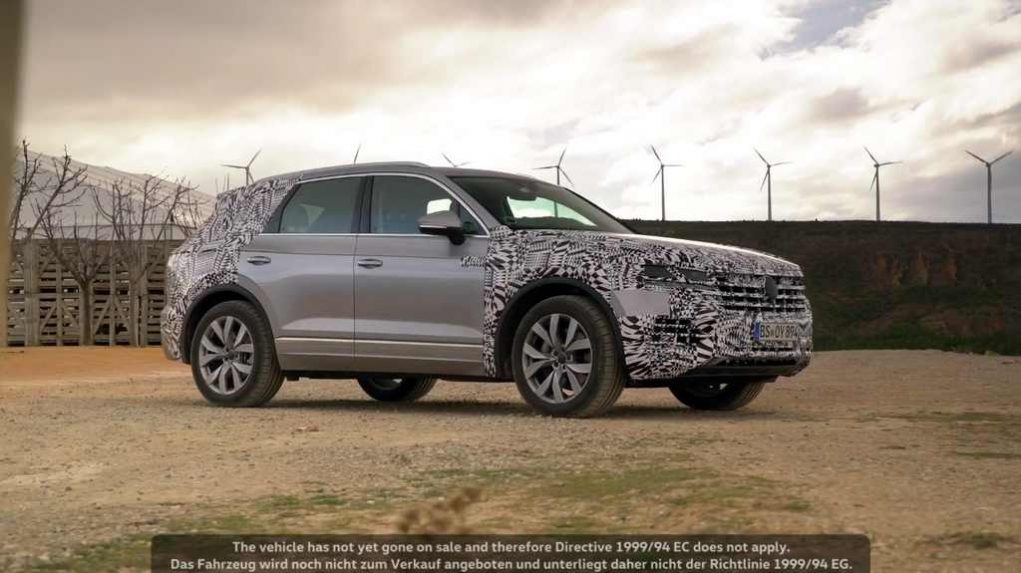 Earlier this year, a spy image of the test prototype was photographed without camouflage but now the evolved version is out officially with vinyl stickers as it takes a trip to Beijing for world premiere on March 23. You could easily differentiate it from the existing model due to the changes implemented on LED headlamps with angular design influenced by recent VW SUV concepts, sleeker profile as similar to the Tiguan with a dose of the Atlas and more pronounced wheel arches.

Other visual changes are decreased wheelbase length and a restyled front grille identical to the Touareg concept displayed at Beijing Motor Show last year. Volkswagen has long been reported to be working towards increasing the interior quality and features of the Touareg significantly. It is expected to have latest in-car connectivity system, a larger touchscreen infotainment system along with driver assistance and safety technologies. 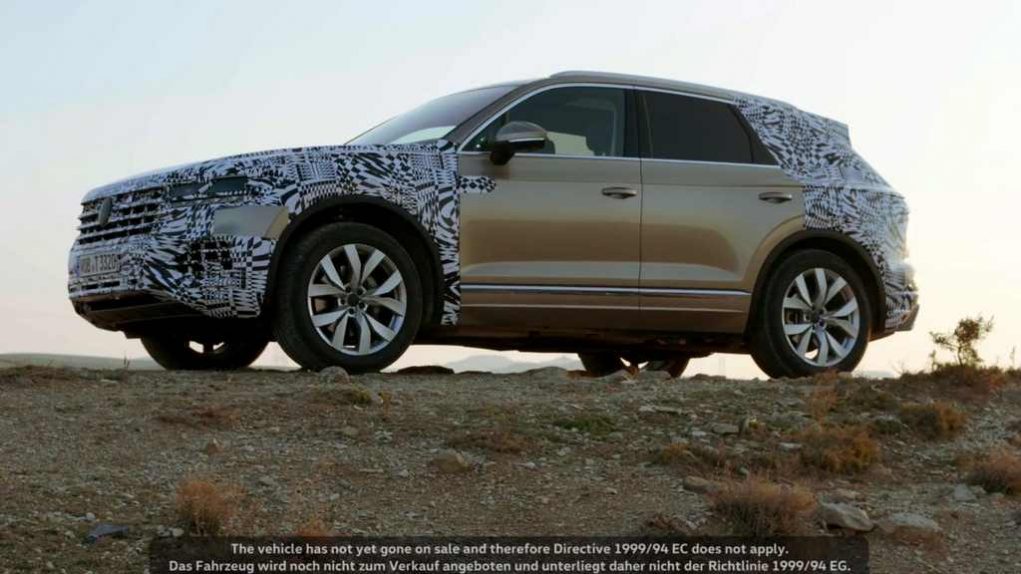 As for the engine lineup, it may comprise of a hybrid powertrain making 386 bhp and 700 Nm torque. It was claimed to have an electric range of 80 km in the concept. However, VW could opt for a tiny four-pot turbo engines in its regular lineup while a plug-in hybrid version could be offered in select markets. Both two-wheel and four-wheel-drive configurations will be made available as well with power being transferred to all the four wheels via an eight-speed automatic gearbox as standard.

The third generation Touareg is based on the same MLB Evo platform as its bigger sibling the Q7 as well as Porsche Cayenne and the Lamborghini Urus. The production version of Urus made its global premiere in December 2017 and it was launched the following month in India. 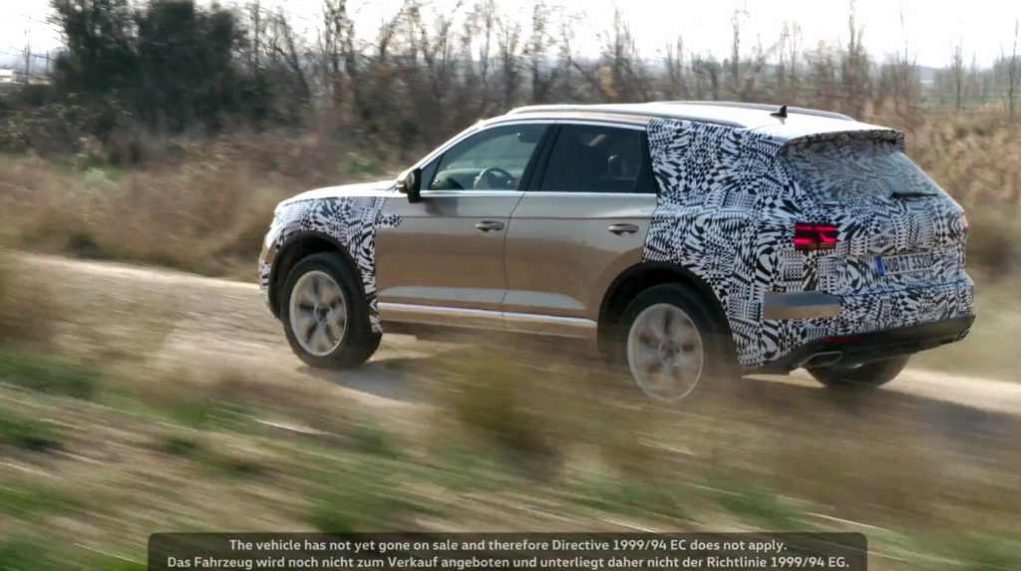 Volkswagen is expected to use 2.0-litre and 3.0-litre petrol and diesel engines with the large V6 petrol engine replacing the existing 4.2-litre V8 unit. The Touareg is not a unfamiliar name in India as two generations were sold previously before being discontinued citing poor sales. The Polo-based compact SUV – based on low-cost platform developed by Skoda for emerging markets – rivaling Hyundai Creta could be accompanied by the new Touareg in the near future as the demand for SUVs across different price range is always there.