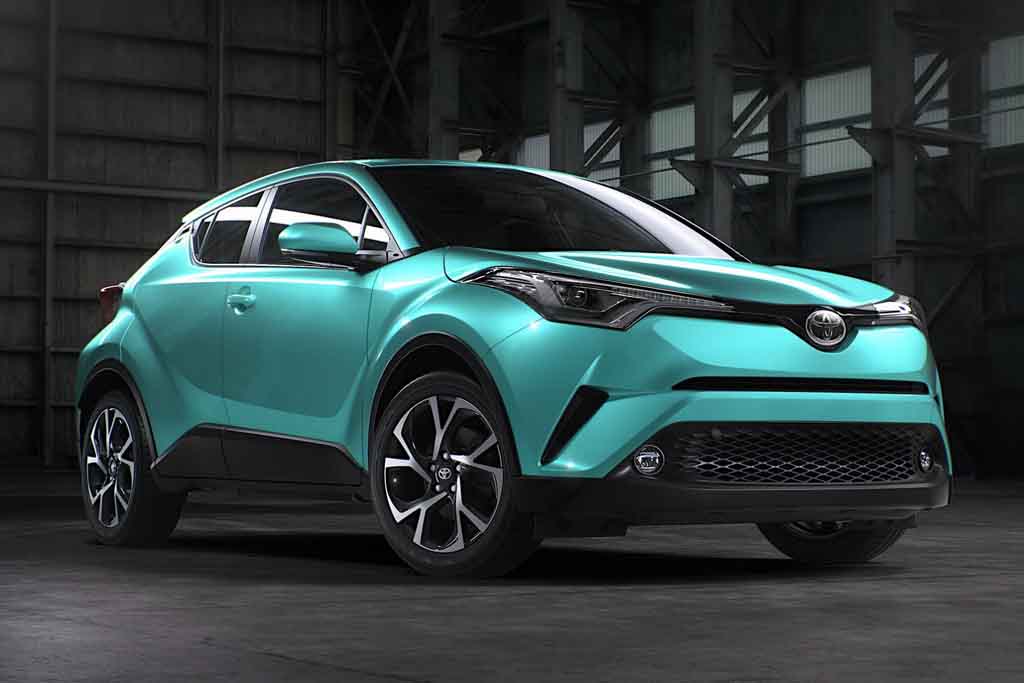 Toyota unveiled the C-HR concept at the 2016 Geneva Motor Show earlier this year and the car is due to be unveiled at the upcoming 2016 Paris Motor Show in its production guise. Now the Japanese auto manufacturer has released some exterior colour options for the aggressive and sporty looking small crossover. The new colours on the car look pretty attractive indeed.

While the Euro spec model is scheduled display at the Paris Motor Show this September, The North America spec model of the car will go on display in Los Angeles Motor Show later this year, or in Detroit next year. Earlier the car was showcased in silver colour only, while now the automaker has revealed the other colours in shades of Yellow, Red, Blue etc. The Toyota C-HR comes with a very attractive design, which grabs your attention very easily. It sports sharp and sleek headlamps with LED daytime running lights integrated to the headlamp clusters. The front grille comes pretty sleek, and looks like a thin line between the two headlamps. The front bumper is very muscular and sculpted looking.

The front bumper comes with a large and wide air intake. At the side profile, the Toyota C-HR gets side body cladding, sporty and aggressive alloy wheels, turn indicator integrated alloy wheels. The roof of the concept was something, which made the car very droolworthy. It came in glossy black finish, and gave the car a coupe like appearance, but the production variant comes a bit different though. The rear gets boomerang shaped taillights, roof spoiler and a beefy bumper as well.